Some more TV specials to get us to the week before Christmas! 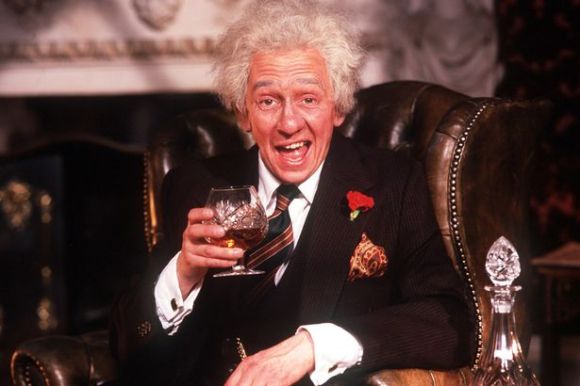 END_OF_DOCUMENT_TOKEN_TO_BE_REPLACED

For the first three days of Christmasathon Mr O and I decided to watch some TV Christmas specials. I am not going to do big reviews of all of these because a lot of them are only about 25 minutes long and I have so very little free time, so my Christmasathon blogs are going to be a bit more basic… kind of like me.  END_OF_DOCUMENT_TOKEN_TO_BE_REPLACED

Last night I was watching Outnumbered, which I have newly discovered. It features a British family with a teenage son and a younger son and daughter just going about their daily lives. Rather than going the American route where sitcom children are generally portrayed as adorable little bundles of sunshine and light (except maybe the kid from Two And A Half Men… who I love), these kids ask the endless bizarre questions, run off, attempt to break everything they touch and have strong opinions on pretty much everything. If you watch the most recent season, the seven year-old’s take on art as welll as her confusion between the elections and X-Factor is particularly amusing.

What struck me though was how much the show proved that I have not grown up at all. During a historical tour of London, seven year old Karen and nine year old Ben have the following conversation with his father.

Karen: What can the queen do? Can she tell her army to attack people?

Ben: Can she burn Protestants?

Dad: No! She is a Protestant!

Karen: Can she say who’s on the Royal Variety Show?

Karen: Well then that’s unfair! What’s the point of being queen if you can’t boss anybody about?

Ben: What would happen if the queen and the prime minister had a fight?

Ben: No I mean an actual fight. I know she might be old but the queen could stick her finger in his only eye

The thing is I don’t understand the queen. Technically she does have some power. I mean Dave and the Cleggster had to ask her if they could have a parliament and technically the army swears an oath to her so if she decided they were both ballbags then she could say no and have them nuked. Paul says this will never happen so it’s not worth considering. I say many things that people said would never happened have happened and that little old lady and her hat collection is a time bomb waiting to go off.