I got this from Frank Iero (My Chemical Romance guitarist’s) twitter. The tweet said: “Once bitten, I must now roam eternity as a chihuahua of the night.”

This is the picture. 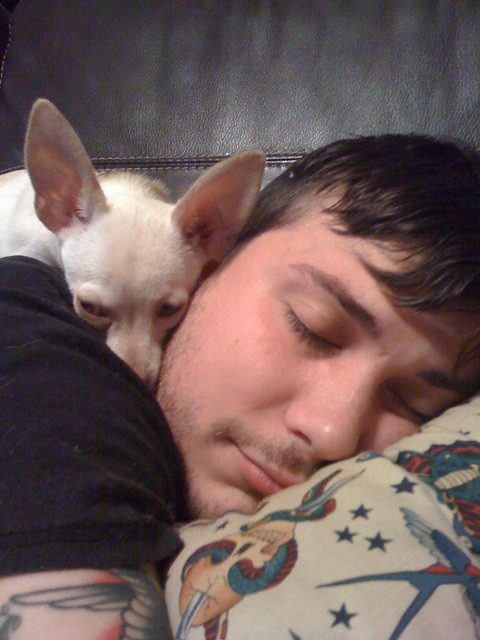 I took the tube all the way home yesterday. Not something I am usually inclined to do but there were huge problems with the South West Trains line that runs through Wimbledon and I was not risking spending half an hour in a scrum at Waterloo. On the trip from Earls Court to Southfields I had the absolute pleasure of standing next to the Girls Of The Playboy Mansion… 45 years on. There were four ladies in their 70’s sitting on the tube, all made up to the nines and gossiping like mad about their husbands, going shopping and meeting up for lunches. They giggled incessantly and eventually parted with one telling the others not to overdo it on the weekend. They were absolutely fabulous. There truly is hope for the future. 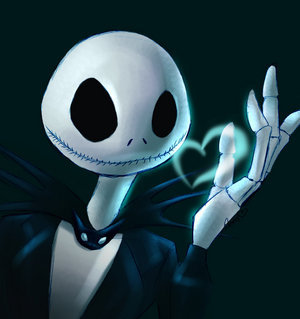 Of course today is my favourite day of the year… Halloween. Not only is it the day where everyone embraces their inner ghoul but it’s also the birthday of one of my favourite people. The fabulous, Frank Iero (drumkit clambering, make-up wearing, tattoo bearing My Chemical Romance . It is without doubt the coolest day possible to be born on. In fact Frank is so proud of his birth date that he has the word Halloween tattooed across his fingers. Frank is not the only person lucky enough to have a birthday on All Hallows Eve, it is also the lovely Fi’s birthday and we will be heading to Limehouse tonight for a bit of a celebration. I have decided for the first time to deviate from dressing as the devil and this year I am merely going to be… dead. 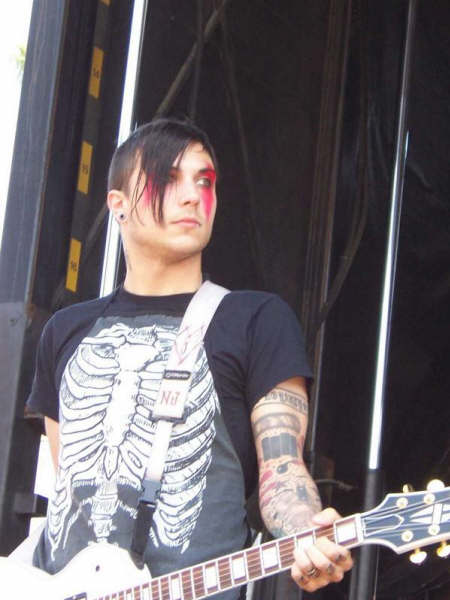 I missed the glory of a Halloween birthday by less than a week. Yes, that’s right kids… I will be 28 on Thursday. For the first time in recorded history I have not had a pre-birthday meltdown. Normally just before my birthday I go into a black bit of despair and feel absolutely morose. This normally lifts just in time for the party, which I am usually threatening to cancel. I wonder what is different this year. I can’t say I am excited to be turning 28. Every year is an inch closer to 30… which just doesn’t sound cool. It’s not so much that I fear aging… it’s more that I wonder how much longer I will be able to get away with dressing and behaving like a kid before I become a bit of a loser. I already regularly stand at gigs and wonder if everyone is looking at me and shaking their head.

Of course it is not quite time to grow up yet, which Kelly, Barb and I proved last night. Kelly was cooking a big dinner and Barb and I decided to keep her company. A couple of bottles of Cabernet Sauvignon Shiraz got involved and the next thing we were blaring Pendulum and dancing like absolute idiots. I think the boys and poor Michelle (who is a walking zombie at the moment because she is working on the opening of Westfield) were somewhat puzzled.

Our interwebzes at home are broken so I can’t do research for obsessions at the moment. There might not be blogs over the weekend if I can’t get BT to fix it tomorrow. Grr! Wish me luck.