For Christmas Day and Boxing Day we managed to watch a couple of current Christmas specials, which was rather fun.

Day 25: Doctor Who: Twice Upon a Time

END_OF_DOCUMENT_TOKEN_TO_BE_REPLACED

For the first three days of Christmasathon Mr O and I decided to watch some TV Christmas specials. I am not going to do big reviews of all of these because a lot of them are only about 25 minutes long and I have so very little free time, so my Christmasathon blogs are going to be a bit more basic… kind of like me.  END_OF_DOCUMENT_TOKEN_TO_BE_REPLACED

I think I have to start out by giving my sympathies to Paul who began the entire trip at a disadvantage after being assigned to travel in the “girls” car with Em, Leilah and I and was referred to as a “girl” for most of the rest of the holiday. I know you’re all man, baby 😉

Me and my housies!

Our journey to Clovelly was quite an arduous one marred by traffic, people slowing down for Stonehenge and subsequently for the pig farm directly thereafter. In the words of Tyrone, “it’s like you go past Stonehenge and think, it’s not that big and then… whoa… look at the size of that pig!” However with good company, good tunes and a hefty pub lunch to keep us all going, it was rather pleasant.

Our “home” was a charming wooden cabin with a bathroom containing what Paul nicknamed the “Dalek shower”. It not only had a radio and a steam function but it shot out streams of water from all kinds of bizarre angles and, with the exception of Tyrone, I don’t think anyone fully mastered its operation. It did look cool though.

We made a venture into Clovelly itself which is mostly comprised of steep inclines, cobble stones, cream teas and gift shops. It’s very pretty but I’m not sure the residents should be allowed to charge £7 entry into it or that we should have taken the treacherous back entrance in order not to pay! Other than this the only real venture out was to the beach and being total city people Paul and I elected to stay home and play cards. Are we lame? Maybe… but we’re also happy. 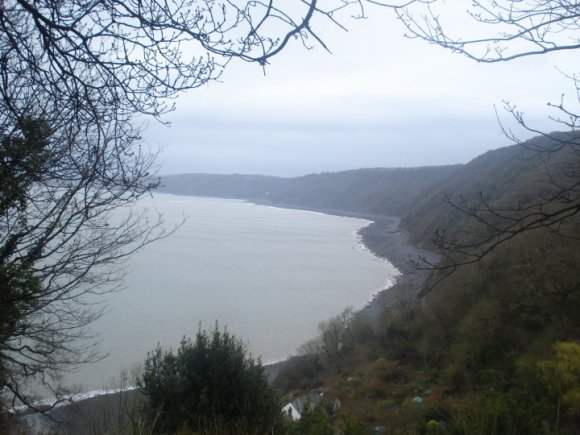 Many drinking games were played, including the bizarre “spoons” than nearly ended in violence several times. We also learned that the point at which you’re really drunk is not the right time to start playing Lord Of The Rings Monopoly, eight people will never agree on a film to watch, if you let Oli wear the bunny ears he will yell, “get some Easter up ya!” at passing cars, it takes Paul and I about 15 minutes to make our bedroom look like a student flat and when Tyrone gets his kite out, duck! 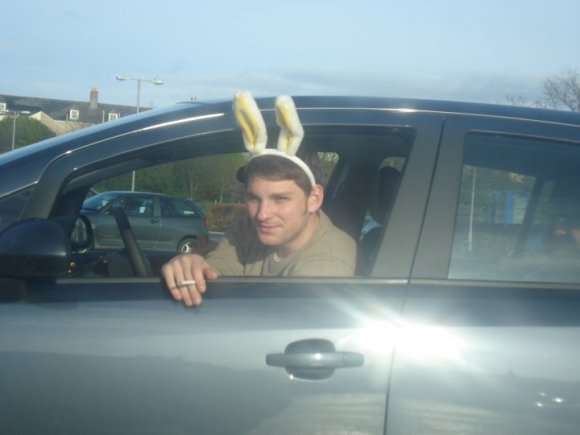 Get some Easter up ya!

In short it was very relaxing, a lot of fun and I would highly recommend a sojourn to North Devon to anyone!

I ended the weekend by heading back to Chelmsford with Paul so we could watch Doctor Who together, two days late but still exciting. I have to say I’m completely sold on our lovely new doctor as well as his feisty companion. The first episode was an absolute triumph! Roll on a new era of Matt Smith and Steven Moffat. Not that I won’t forever hold a space in my heart for Ten…