This was my last week off work for 2018 before I have a couple of weeks off for Christmas so I decided to go fully festive and wear something Christmassy every day.

END_OF_DOCUMENT_TOKEN_TO_BE_REPLACED

Another week of in between weather, which is driving me nuts. It’s so hard to know what to wear in the morning. I know everyone is going to suggest layers but I hate layers. I can’t stand wearing clothes on top of clothes on top of clothes. In other news, my stress about not getting on with people at work is slowly abating and things are getting better. Unfortunately my hay fever is getting worse and worse no matter what I take so in all my pictures I look a bit wonky and by Thursday I couldn’t be bothered anymore and decided to go super comfy.

END_OF_DOCUMENT_TOKEN_TO_BE_REPLACED

After we were briefly led to believe spring might be coming when it warmed up on Saturday, we were soon proved very wrong. Winter came back full off mist and drizzle this week, which is reflected in the outfits I wore on the three days I went into work as well as the wildness of my hair. Please join me in wishing for better weather as I am getting sick of my winter clothes.

END_OF_DOCUMENT_TOKEN_TO_BE_REPLACED

Despite the current weather not being very springy at all, last week saw us pile into the Cavendish Arms for the ra ra Retro Spring Ball to celebrate the relaunch of our favourite retro-vintage-indie-mod shop’s new website. Do go and check it out, even if just to stare at Paul Ra Ra’s gorgeous mush, since he has plastered the whole site with it. Hey, if you’ve got it, flaunt it.

Carrying on from the success of the Christmas bash, the event promised an evening of music, boozing and of course, natty threads – with all the bands dressed in ra ra Retro gear… except DJ Mishima who went for Aladdin chic, but that’s another story… 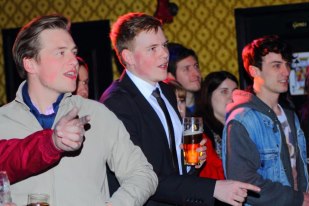 First up were Paul Ra Ra’s own band, Mother Majesty, in only their second ever live performance. With their confidence boosted by a little previous experience, the whole band seemed more comfortable on stage and shy singer, Liz even managed some convincing audience interaction. As before, their grunge-influenced 90’s inspired tunes, got the crowd going and although there’s room for improvement, they were the perfect rough and ready openers.

Next up were Moon Visionaries, fronted by Greg Dearing, wearing a particularly lurid ra ra Retro shirt. The London three-piece brought a kind of dreamy Britpop feel to the night but somehow it felt like their hearts weren’t in it. Probably unsurprising since we later found out they are in the process of splitting up.

The evening closed with Penge’s finest The Red Lapels. With enough rock ‘n roll swagger to conquer the toughest of crowds, honey-voiced, Rich Maddy soon had the whole of the Cavendish Arms in a bit of a frenzy. We even saw dancing at the back – you know who you are. The Red Lapels have that rare quality where every one of their songs sounds different but there is a cohesiveness that gives them their own distinctive sound. There is no denying that they have a strong vintage bent with a bit of rockabilly flavour, evidenced by their stonking cover of I See a Bad Moon Rising. The concensus from the crowd was that we’ll definitely be checking out The Red Lapels again. 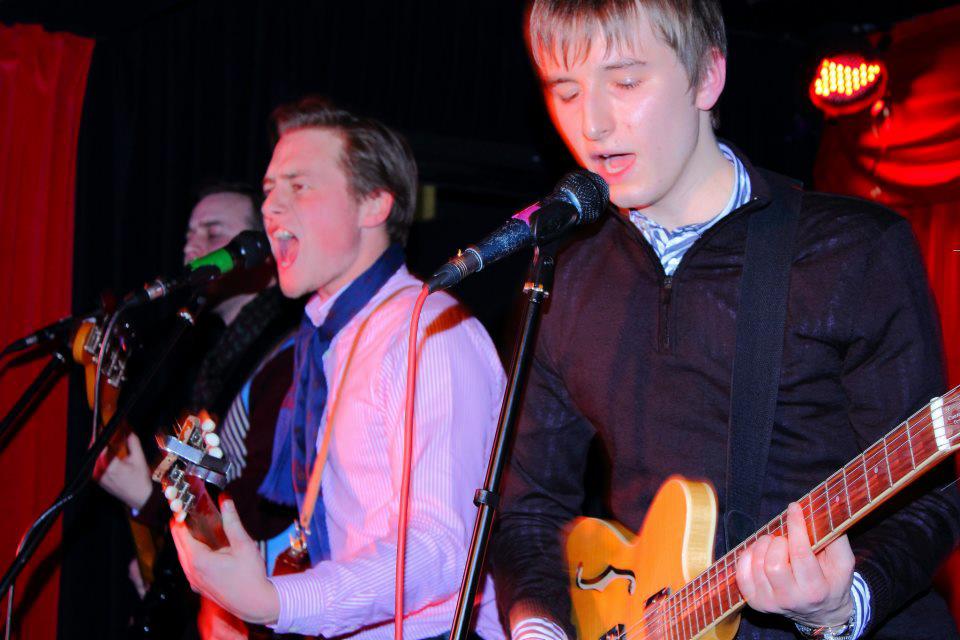 All pictures by Robin Lanes