The fifth season of Peaky Blinders begins on the eve of Black Tuesday. The Blinders are experiencing prosperity like never before but Michael’s (Finn Cole) failure to sell the family’s shares on time is about to torpedo that. He is forced to return home from New York in disgrace with a new wife (Anya Taylor-Joy).

END_OF_DOCUMENT_TOKEN_TO_BE_REPLACED

Season 4 of Peaky Blinders begins with the Shelby family and their associates separated by the terrible deal Tommy (Cillian Murphy) made at the end of season 3. Feeling betrayed, they are keen to start their own lives away from Tommy and his relentless ambition. When a threat is made by the Changretta family, they will have no choice but to bury their differences and come together.

END_OF_DOCUMENT_TOKEN_TO_BE_REPLACED 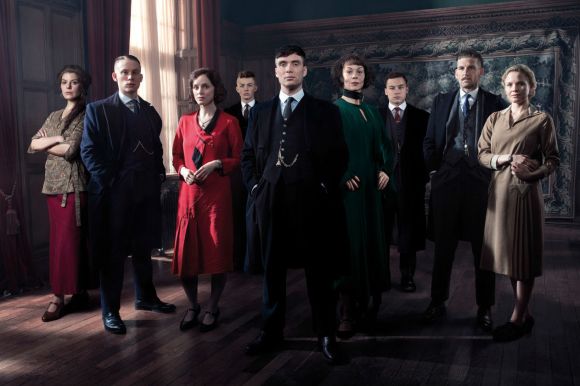 Season 3 of Peaky Blinders picks up two years after the end of season 2 with Tommy (Cillian Murphy) and Grace’s (Annabelle Wallis) wedding. With the legtimate side of the Shelby business booming, Grace achieving her philanthropic goals and their young son thriving it seems Tommy will finally have what he has always wanted. Unfortunately things are never as simple as they seem. END_OF_DOCUMENT_TOKEN_TO_BE_REPLACED

Picking up two years after the events of season one, Peaky Blinders season two is once again focused on Tommy Shelby’s (Cillian Murphy) relentless ambition. Having taken clear control of Birmingham’s underworld with a focus on the legitimate site of the betting industry, Tommy has his sights set on London. The London gangs are not going to roll over without a fight though and playing the Italian and Jewish gangs against each other is not as simple as he immediately thinks.

END_OF_DOCUMENT_TOKEN_TO_BE_REPLACED

I originally attempted to watch Peaky Blinders when I was pregnant and fell asleep because basically that is what you do when you are pregnant cos everything is exhausting. I had kind of forgotten about it until one of my friends from my NCT (antenatal class) group said that she and her husband were hooked. Mr O and I found ourselves looking for a new series over Christmas so we decided to give it a go. END_OF_DOCUMENT_TOKEN_TO_BE_REPLACED

In a world where dreams can be intercepted and secrets stolen, Dom Cobb (Leonardo DiCaprio, who is starting to look pleasingly weathered) is a master burglar with a focus on industrial espionage. Finding himself on the run after a job goes wrong he is offered a final chance to put his life back together by the enigmatic Mr Saito (Ken Wanatabe), although it will mean an attempt to plant, rather than steal an idea, something considered to be impossible. As Cobb and his assembled team go deeper than ever before they find themselves facing not only the defences of their subject’s (Cillian Murphy) subconscious but also the spectres haunting Cobb’s own before they come face top face with the very nature of reality.

Exquisitely layered, magnificently shot and perfectly cast, it needs to be seen on the biggest screen you can possibly find. I have the attention span of a gnat and 148 minutes I didn’t want it to end. I can only liken the level of awe to the first time I saw The Matrix. Do not wait for this to come out on DVD, go and see it now! 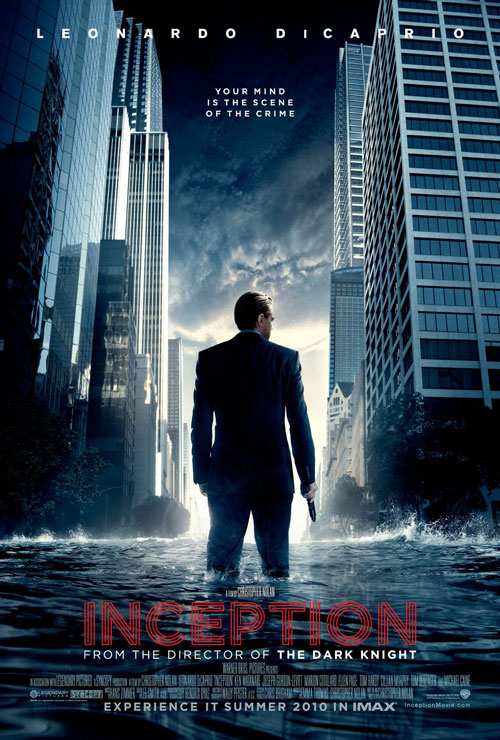