Willie (Billy Bob Thornton) and Marcus (Tony Cox) pull off the same scam every year. Willie takes a job as a department store Santa with Marcus as his elf. Marcus uses his stature to hide and bypass the alarm and then Willie cracks the safe and they make off with all the takings on Christmas Eve.

END_OF_DOCUMENT_TOKEN_TO_BE_REPLACED

Some of you might remember last year’s obsession with the Netflix original film A Christmas Prince, an outrageously cheesy festive sugar bomb of clichés and silliness. Of course Netflix spotted an opportunity to keep the action going and there’s a Royal Wedding based sequel. Mr O and I have revisited our commitment to watching a Christmas movie or TV special every day in December so we decided this was a great place to start.

END_OF_DOCUMENT_TOKEN_TO_BE_REPLACED

More TV specials. This time I convinced Mr O to watch the Made in Chelsea special because I am horrible and he is a good sport and I really like trash TV. I am not ashamed of this… okay maybe a little bit.

END_OF_DOCUMENT_TOKEN_TO_BE_REPLACED

The fifth day of Christmasathon brings an actual film in the way of 2015 comedy The Night Before. As Christmas films go, this isn’t the usual cuddly, heartwarming fare, which I suppose is to be expected as it stars Seth Rogen.

END_OF_DOCUMENT_TOKEN_TO_BE_REPLACED 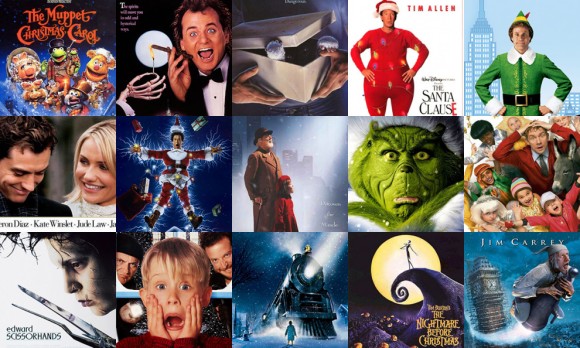 Mr O has somehow convinced me that he and I should endeavour to watch either a Christmas film or Christmas TV special every day of December. This will be in between toddler wrangling, gift shopping and wrapping, all the Christmas baking, various social engagements and my full time job that is currently trying to kill me.  END_OF_DOCUMENT_TOKEN_TO_BE_REPLACED

This animated telling of Dicken’s classic Christmas tale (grumpy miserly man hates Christmas, is visited by ghosts from his past, present and future and then changes his ways) uses motion capture techniques to transfer Jim Carrey’s bendy face onto Scrooge and several other characters. For the most part this works quite well and Carrey injects a fair amount of both humour and malice into the miserable old man. Added to this the scenery also looks pretty amazing throughout, the animation means the ghosts are really dramatic as are the scenarios in which Scrooge views his past, present and future. Unfortunately by having a kind of halfway house between live action and animation also means that some of the characters just look a bit weird and the emotions don’t come across with sincerity, leaving A Christmas Carol missing the one element that really is essential for a Christmas movie – heart. 2.5/5

I have to admit that I haven’t actually seen any of the other Santa Clause films so it took me a while to figure out what the hell was going on… but anyway, Santa (Tim Allen) who used to be Scott Calvin decides to risk the secret of Santa by bringing his in-laws (Alan Arkin and Ann-Margaret) to the North Pole to placate his pregnant wife (Elizabeth Mitchell). At the same time Jack Frost (Martin Short) offers to help with toy production problems as away for atoning for attempting to take over the whole holiday. Unfortunately Jack only has nefarious intentions and Santa is too distracted by his home life to notice until he’s been tricked into wishing he’d never taken over the North Pole. Now Santa must fight to save Christmas from Frost’s capitalist plans and also keep his family together. Every element of this film reeks of cashing in and it’s just completely tacky and lame…. and weird. How does no one seem to notice or care that the North Pole seems to be running entirely on child labour? The end resolution also happens far too quickly after what seems like an eternity of set up. And Martin Short is so incredibly annoying! Maybe the first two films were good but this one is utterly pointless. Bah humbug! 1/5

In this modern retelling of A Christmas Carol Bill Murray plays Frank Cross, a heartless, greedy TV executive working on a Christmas spectacular live showing of the traditional Christmas Carol. As Frank focuses on revenue and torturing his beleaguered assistant (Alfre Woodard), sending bad presents to family members and making ever more shocking adverts for his show, he is visited by the ghosts of past, present and future Christmas. The best ghost is definitely the Ghost of Christmas Past played by former New York Dolls frontman, David Johansen as an angry cab driver. Carol Kane is also hilarious playing the Ghost of Christmas Present as a particularly violent fairy. With this being made at the height of the 80’s greed is good era the idea of the Scrooge character being a TV exec makes a lot of sense and Murray is on top form even though he appears to be half cut for most of the movie. 3/5 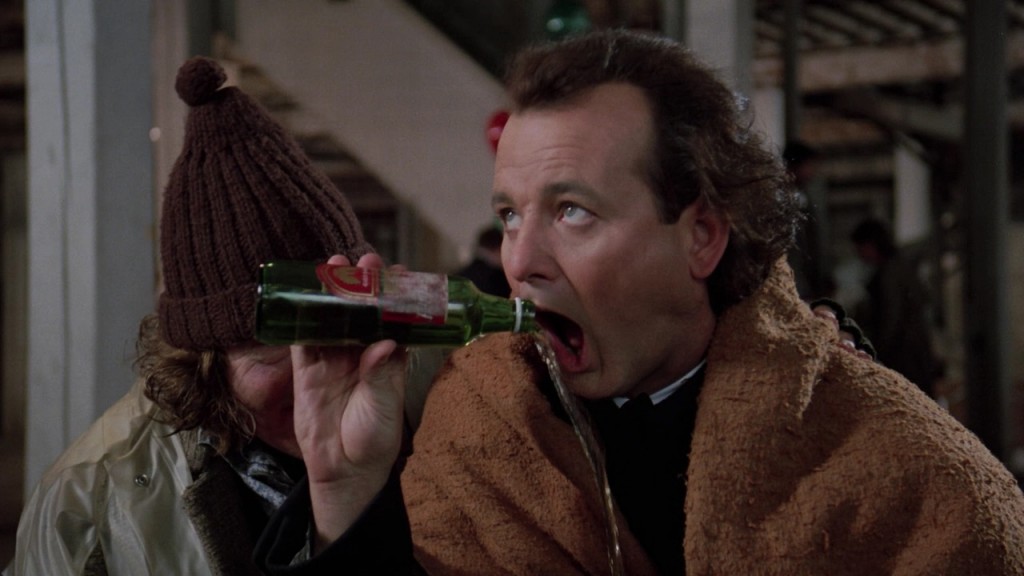 Did someone say drunk elves?

This is yet another retelling of A Christmas Carol, this time with Michael Cane in the role of Scrooge with Kermit and Miss Piggy playing Mr and Mrs Cratchit with Gonzo and Rat along for the ride. All the rest of the characters are played by various Muppets and there’s a lot of singing and some brilliant slapstick comedy, mostly from Gonzo and Rat. This particular version portrays Scrooge with more heart than most do, which makes his transformation seem more believable and touching somehow. I think I kind of expected to hate this but in the end it was sweet, funny and pretty much everything a Christmas film should be! 3.5/5