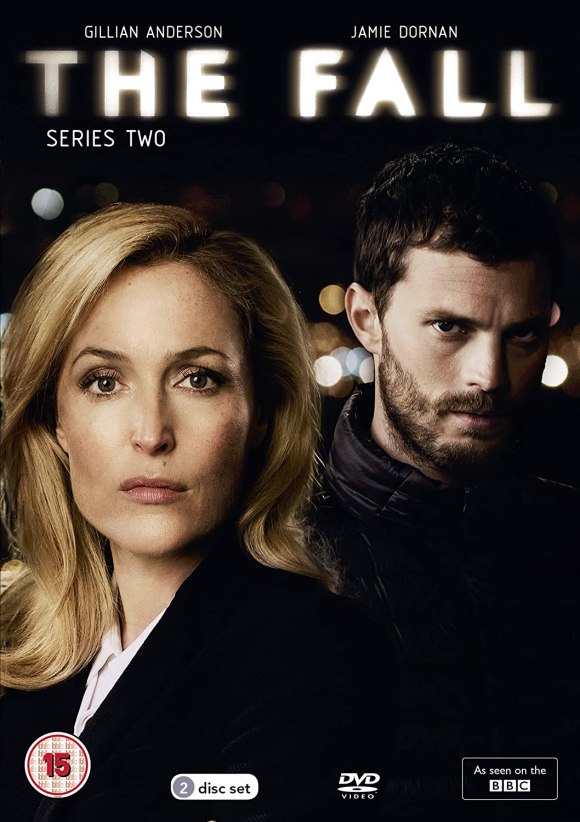 Season two of The Fall picks up so seamlessly from season one that in my binge-watch I didn’t immediately realise that I had moved onto a new season. While the first season was focused on the murders and Gibson (Gillian Anderson) discovering the connection between them, this season sees a game of cat and mouse develop between Gibson and Paul Spector (Jamie Dornan).

As the two become fascinated, if not obsessed with each other, Gibson must face the part she has played in the kidnapping of Rose Stagg (Valene Kane) and make every effort to unpick Spector’s mind if she’s going to get her back alive. Meanwhile Katie (Aisling Franciosi) becomes ever more stuck in Spector’s dark web, Sally Ann (Bronagh Waugh) comes to regret her past decisions and Jimmy (Brian Milligan) has his own score to settle.

This season is just as exciting as the first and I often found myself properly on the edge of my seat wondering what was going to happen next. Seeing Spector and Gibson interact is what we’ve all been waiting for and their interactions do not disappoint. Gibson is used to having the upper hand but Spector easily identifies her tricks and there are indications that she might be at the edge of the limits of her icy composure. It is very obvious though that Anderson is a far better actor than Dornan. He’s fine but she is phenomenal.

I liked the addition of Bronágh Taggart and Colin Morgan as fellow detectives in the investigation and how Gibson uses them to her advantage and also to some extent for her personal entertainment. I also enjoyed the ongoing examination of how the investigation process works. It isn’t glamorised and the slog and red tape that goes into this kind of investigation is clear to see.

Once again, I would recommend The Fall to anyone who enjoys investigative shows or is a bit fascinated with serial killers. I will mention though that this show is brutal and extremely dark. Katie’s (Aisling Franciosi) is particularly disturbing and watching the way in which Spector grooms an underage girl is pretty grim. If you’re looking for a fun series, this is not it.