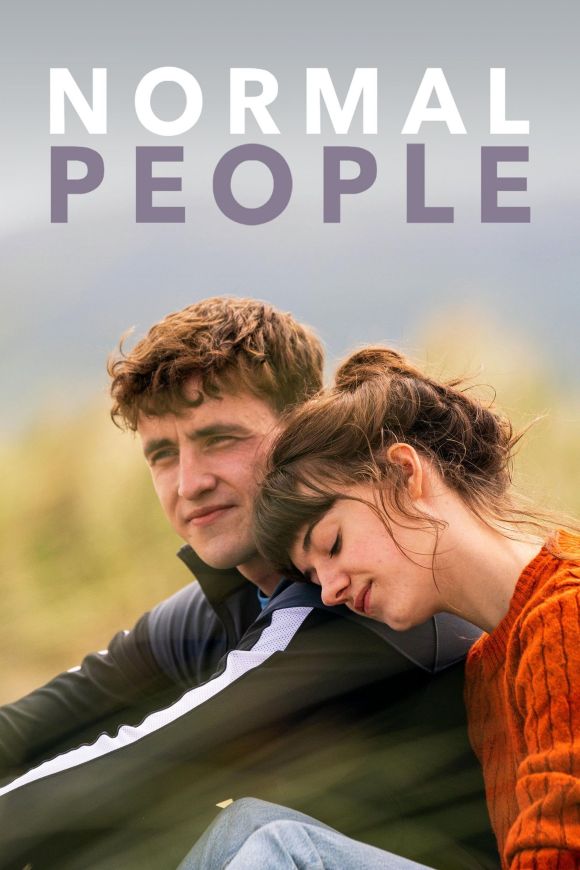 Marianne (Daisy Edgar-Jones) and Connell (Paul Mescal) are in the same class but they live in different worlds. Marianne’s home life is one of privilege and in school she is seen as an odd ball, know it all snob. Connell’s mother cleans Marianne’s house and Connell is part of the popular in-crowd. What they do have in common is an undeniable attraction to each other. They begin a relationship that Connell wants to keep secret, which kicks off a cycle of them appearing in and out of each others’ lives as they attempt to leave their hometown of Sligo and grow up.

Normal People was widely touted as the thing to watch in lockdown and I kind of get it. The chemistry between Edgar-Jones and Mescal is smoking. There is a lot of sex and nudity (which we all know people like). It’s very well acted and beautifully shot and there is always something addicting about a will-they, won’t-they love affair.

There are some interesting themes explored in terms of how your environment shapes you, how we change our personalities based on who we’re with, self-worth, domestic violence and the nature of love and attraction. I was particularly interested in how Marianne’s social currency changed through her life.

All of that said, I wasn’t entirely taken in by the hype. Marianne and Connell are both toxic people. Connell, in particular, is an absolute dick to Marianne on several occasions. Their addiction to each other makes them terrible partners for others. They are extremely poor at communicating and they use each other as a kind of emotional crutch for surviving love. I think I was supposed to find their relationship romantic and instead I just found it dark and triggering and I hoped that they would stay away from each other. Maybe that was actually part of the intended response.

Either way, it’s an alright watch. I wasn’t desperate to plough through the episodes as some people seem to have been and I feel like I will forget it fast.