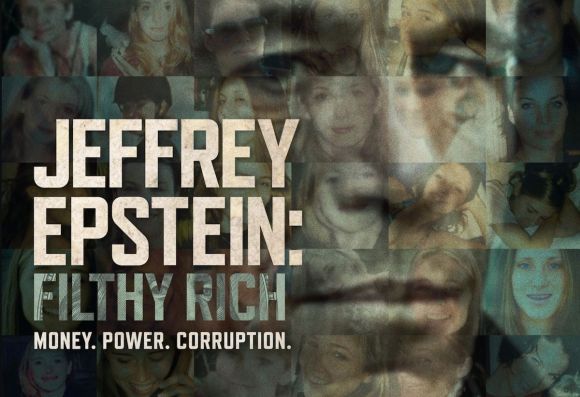 By now we have all heard of Jeffrey Epstein, a man who sprung to notoriety when the victims of his predatory behaviour began to speak out and implicate several extremely well known men. His highest profile associate being Prince Andrew, a member of the British royal family. Following his arrest he appeared to commit suicide, taking a wealth of disturbing information to the grave. Recently his partner, Ghislaine Maxwell, was arrested by the FBI for her part in Epstein’s sex trafficking ring, the question stands now as to how long before she is silenced.

This documentary looks into Epstein and his victims.

It’s rare for me to watch a documentary and feel physically sick but this series was one of the most stomach churning things I have ever watched and a most unpleasant reminder that money can buy you almost anything.

As Epstein’s victims share their stories, what is truly disturbing is how he used the girls’ vulnerabilities to groom them. He purposefully recruited girls with unstable home situations and low socioeconomic status, who lived in dangerous neighbourhoods. He then used those girls to lure in their friends, creating almost a pyramid scheme of abuse and turning his victims into perpetrators.

Equally disturbing is the way that Epstein used his wealth, power and connections to silence anyone who spoke out against him. Not only was he able to use money to influence investigations, court cases and sentencing, he clearly had enough dirt on very high profile people to use this as a bargaining chip. It is fairly obvious this is the reason he died before he stood trial.

Hearing the stories of Epstein’s victims and how their lives were impacted, both through their own trauma and through the guilt they feel for the trauma they caused others, is very impactful. What’s missing to some extent is how wide Epstein’s circle of influence truly spread as well as any insight into his relationship with Maxwell or his associates. This means it doesn’t hit quite as hard as it could have. I fear that if the truth ever does fully come out it will be almost too much to bear.