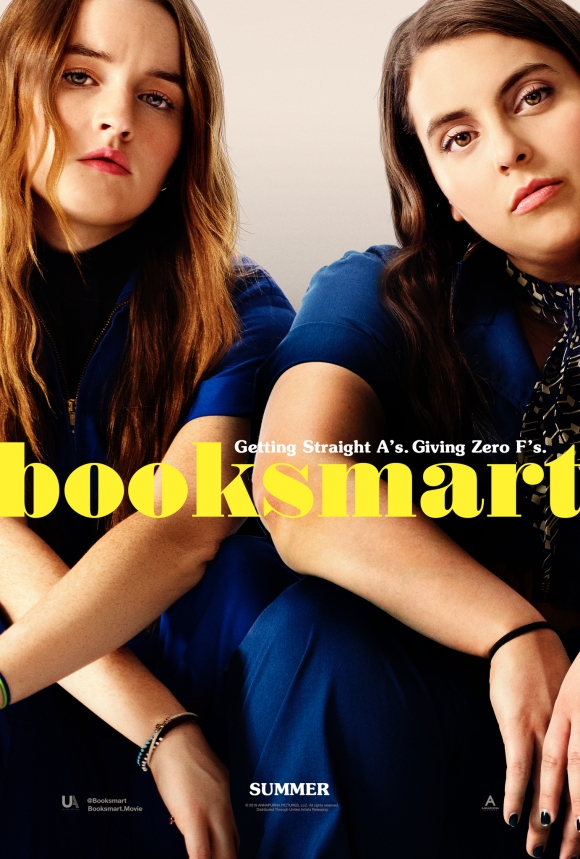 Molly (Beanie Feldstein) and Amy (Kaitlyn Devers) have been best friends their whole lives. Lives they have dedicated to intensive study in the pursuit of being accepted into their dream Ivy League colleges, eschewing parties, frivolity and just general teenage behaviour. On the eve of graduation they discover that their sacrifice has made very little difference and that many of their “lazy” classmates have been just as successful has they have. Now Molly is hellbent on the idea that they should have one massive night out before they set off on their futures. The only problem is, they don’t have the address of the big party pre-graduation party and Amy doesn’t really want to go.

Now the two will set off for an adventure they’re not really equipped for involving drugs, murder mystery parties, romantic liaisons and learning that everything they thought they knew was probably bollocks.

The ‘nerds go on a wild party adventure’ trope, isn’t a new one and it has been done many times before. What makes Booksmart just about fresh is that this time the nerds are girls and one of them is a lesbian. Being a fairly nerdy teenage girl and more of an extrovert one than an introvert one, I immediately related to Molly. That kinship sucked me in and then what kept me hooked was the relationship between the two. The way they hyped each other up going out and getting dressed up is literally what every woman needs from their friends.

I felt like there was proper character growth through the film and that Molly and Amy learned a lot about themselves as well as each other and their relationship.

Feldstein and Devers are both great and seeing Devers in such a different roll from Unbelievable shows her range. I also enjoyed Billie Lourd playing the almost superhuman Gigi and the choice to cast less classically attractive actors in many of the roles.

On the downside the teacher hooking up with a student trope is never going to be okay. I don’t care how old the characters are or what their genders are, it’s not clever, it’s not funny and I do not want to see it. It’s a bit like that horrible joke at the end of Kingsman that nearly killed the magic of the film. That said, if you can get past that and teen movies are your thing, this is one of the best ones I have seen in years.