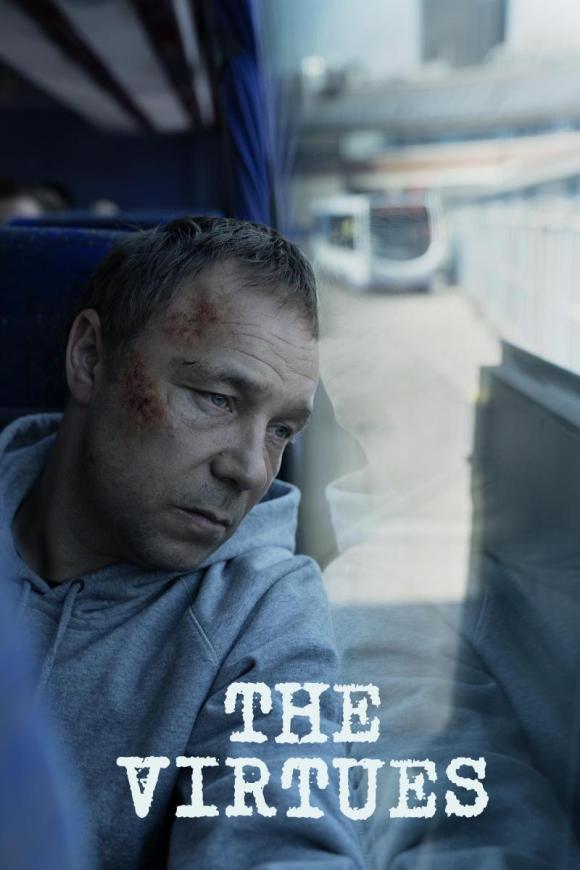 After his ex-wife and son leave to start a new life in Australia, Joseph (Stephen Graham) decides to track down his long-lost sister, Anna (Helen Behan). This means going back to Ireland and facing some of the horrible things that happened in his past after the death of his parents.

Anna is shocked to see Joseph, believing him to be dead and unsure as to how to integrate her fragile, emotionally damaged brother into her own family. Meanwhile Joseph finds himself drawn to, Anna’s sister-in-law, Dinah (Niamh Agar) who is dealing with her own problems.

Initially The Virtues is much like Joseph’s mental state, muddled, lost between the past and the present and beset with inexplicable flashbacks to previous incidents. I believe this is intentional from creator, Shane Meadows, to try and put the viewer into Joseph’s head space, which is a broken chaotic place.

As the episodes unfold and the background of what Joseph has endured comes to light his story becomes more and more compelling. Dinah’s desire to redress the wrongs of her past are just as compelling and you can see why these two lost souls are drawn to each other. Both Graham and Agar give outstanding performances and it is easy to see why Meadows chooses to work with Graham over and over again. He is one of Britain’s finest character actors. Behan is great too and she manages to capture Anna’s mixed elation and anxiety at Joseph’s sudden reappearance perfectly.

This is a dark and depressing tale that comes to a hauntingly open conclusion that shows just how damaging the long term effects of emotional, physical and sexual abuse and neglect are. If you are looking for something to restore your faith in humanity, this is not it.

I have some issues with the pacing. I am not sure why the series is broken into three 45 minute episodes and one 75 minute finale. There is a lot of build up over the first three episodes and the pay off is there but there was a long period of time where I wasn’t sure where it was all going. I wonder if possibly three hour long episodes would have made more sense. I also really struggled with the heaviness of the Irish accents. I am normally okay with even quite strong accents but the speed at which the actors were talking made me wish there were subtitles (The Channel 4 closed captioning is useless).

Overall this is a story that needs to be told but I can’t suggest it is enjoyable because the subject matter is so miserable. It is intense and very well acted but be warned that you are likely to be left rather depressed if you choose to watch this.