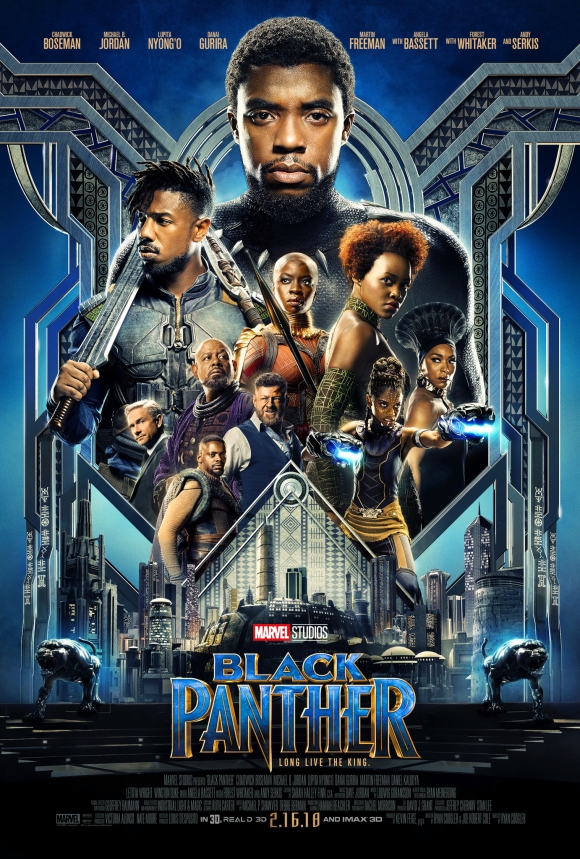 The citizens of African nation, Wakanda, have always kept themselves to themselves. With access to the powerful metal, vibranium they have been able to master massive technological advances, while hiding from the rest of the world and protecting their way of life.

Things are thrown into turmoil when new King T’Challa (Chadwick Boseman) discovers that there is a challenger to his throne in the form of Erik Killmonger (Michael B. Jordan). Killmonger has lived his life outside of Wakanda after the death of his father and believes that Wakanda is failing in its duty to assist people of colour outside the country.

Unfortunately Killmonger’s approach is far more along the lines of waging war than diplomacy and he barrels into Wakanda intent on unseating T’Challa and destroying everyone who gets in his way.

The plot line for Black Panther is nothing revolutionary, however getting to see Wakanda and its technology is pretty epic. From hologram piloting to hover trains, sonic gloves and armoured rhinos, everything is just… well, cool. I loved the fact that T’Challa’s king’s guard was made of up fierce female warriors, that their top spy was his girlfriend (Lupita Nyong’o) and their chief scientist was his young sister (Leticia Wright). It was also nice to see Africa represented as a place of technological excellence rather than a famine ridden dust bowl (I’m looking at you, Comic Relief!). The Wakandan language clearly has a base in Nguni languages and I could recognise all manner of words from my extremely small bit of broken isiZulu.

The performances are solid and Boseman makes for great Black Panther. Jordan ensures Killmonger is a worthy opponent with believable, if warped motivations. As usual Nyong’o acts everyone off the screen. The only bum note for me was the usually excellent Andy Serkis playing a stereotypical South African villain. Nee dankie.