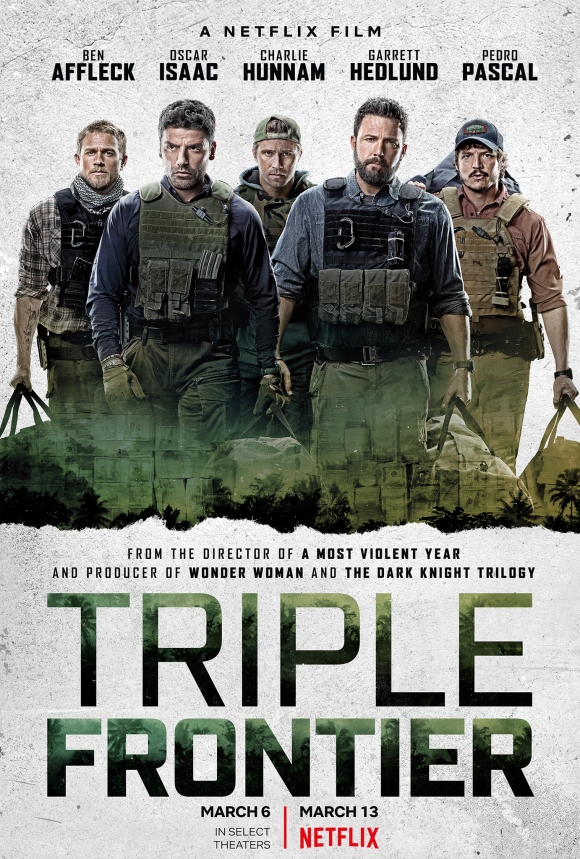 After leaving active service, former US Special Forces Operative, Santiago Garcia (Oscar Isaac), has been acting as a consultant tracking Narcos in Brazil. When he spots the opportunity to take down a kingpin and help himself to his money Garcia decides to bring together his former team to do the job.

Santiago’s ex-colleagues are initially reluctant but post military life hasn’t been good to them either and hey… money. Off they head into the jungle to Lorea’s house and it turns out that the walls are full of money. Jackpot! With dollar signs swimming in his eyes, the usually sensible Redfly (Ben Affleck) pushes them past their safe time to get out without getting caught and the problems just keep coming.

I think the lessons of this film were as follows:

Predictable and derivative with phoned in performances and direction and little or no tension. I can see what director J.C. Chandon was trying to do but it was all a bit too literal to have much of an impact. I am sure some will love the kind of “brothers in arms against a corrupt machine” narrative but I just thought they were a group of idiots making bad decisions. And frankly I was bored, which is the antithesis of how an action movie should make you feel. If it’s not going to have the guts to drive the dark, gritty reality of what combat does to one’s mental health than it needs to be fun. Triple Frontier is not dark enough and it’s not one bit fun. I failed to give a shit what happened to any of its characters because they felt like two dimensional cardboard cutouts and they were all dicks.