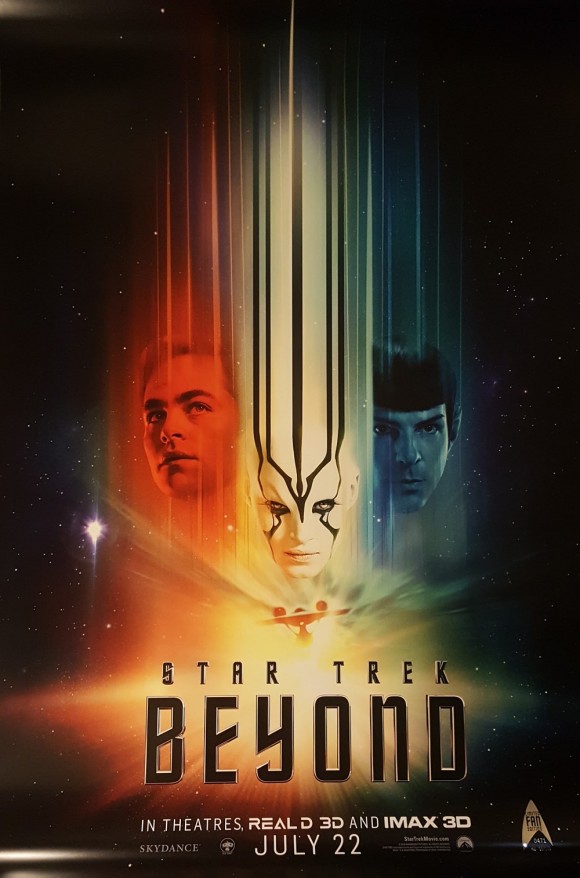 Mr O is an absolutely massive Star Trek fan. He can watch less than 10 seconds of any episode of any series and tell you what it is called and what happens. I honestly think if there was some kind of call for this in the world then we would make millions. Unfortunately there isn’t, so we’ll have to continue life on the ropier end of middle class. Anyway, I digress. This film landed when Little O was extremely small so despite Mr O’s great love of all things Star Trek we did not get to see it until it recently appeared on Netflix.

This time the crew of The Enterprise finds themselves at the edges of known space. Unbeknownst to each other both Captain Kirk (Chris Pine) and Spock (Zachary Quinto) are questioning whether life on The Enterprise is the right future for them. Planning for the future has to be put aside though when they find themselves facing a brutal new enemy that appears to have encountered The Federation before and now has a serious bone to pick with it.

In my experience I have found that Star Trek films vary massively in quality. I have my favourites and then there are others where I wonder what on earth they were thinking and all of this is very subjective. 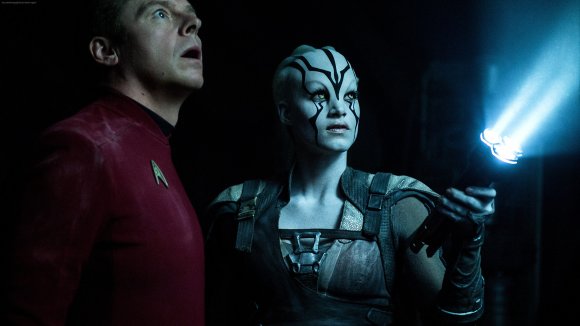 And there it is, Trump’s thong collection

Beyond is definitely a new favourite. I loved seeing Spock and Bones (Karl Urban) forced to work together to survive. Their frenemies relationship is perfect for some top notch banter and with a script written by Simon Pegg, you really get that. Scotty (played by Pegg himself) gets great companion in Jaylah (Sofia Boutella) who is the last of her family trapped in the planet where The Enterprise crew has landed. Even Chris Pine breaks out of his usual tendency to be a block of wood.

I though the design of the “bees” that could literally rip through anything was so exciting and cool to watch and pretty scary, which is what you want… to feel like The Enterprise is genuinely under threat. I mean sure you can argue that Krall (Idris Elba) isn’t the world’s greatest villain and that the plot is a bit light but we were glued to the screen and on the edge of our seats and that’s what I want from this kind of sci-fi blockbuster. Mr O gave his seal of approval too. Go for it. 4/5