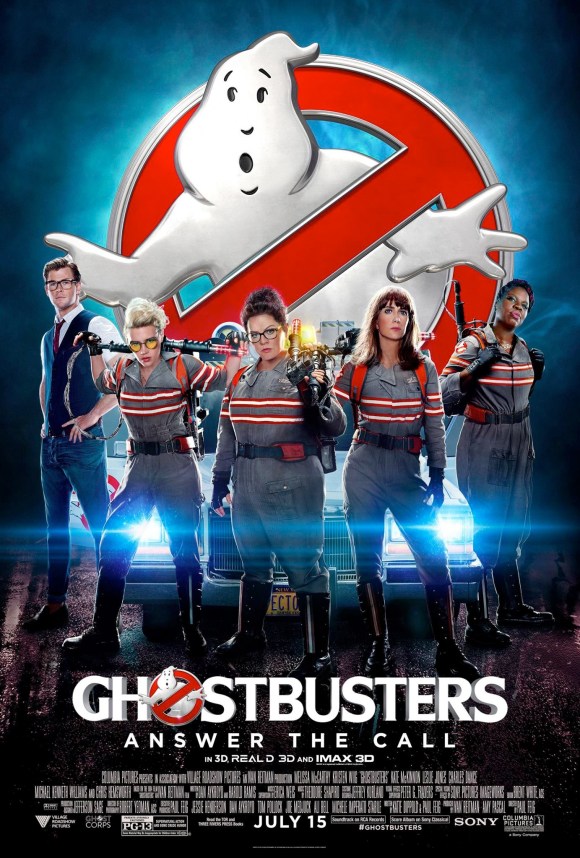 Recently Mr O and I have actually watched some films in the evening after Little O has gone to bed. Something, we’ve not really had the mental energy for since he was born. We’re both big Ghostbusters fans so this was one of our first picks.

I know there was a lot of backlash when this film came out because some people have real issues with he potential gender politics around a “remake” with female characters. I am not going to touch that with a barge pole and I will be reviewing this based purely on my own enjoyment.

The plot here is pretty standard. No one believes the ghosts are real, including Erin initially. There’s a crazy spirit with world domination plans behind all the weirdness. The government keeping getting in the Ghostbusters way but in the end they’re the only ones who can save the day. These films have never really been about the plot though but more about the characters and their chemistry.

I have missed feelings about Melissa McCarthy. In this particular film her OTT character worked for me and I did find her funny, especially bouncing off Kirsten Wiig’s repressed, uptight straight woman. Kate McKinnon as Holtzman was maybe a bit too nuts but her inventions were fun and she had some funny lines. Without question though, Patty (Leslie Jones) was my favourite. I think I’d probably have reacted exactly how she did to all the crazy things that were going on. They all bounced off each other and it was fun to watch. I loved all the cameos from the original cast, who seemed to enjoy being back for the ride.

I guess that’s really what you could say about the whole film. It was fun… nothing more… nothing less.

On the negative side, the joke of Chris Hemsworth playing the “dumb blonde” receptionist, Kevin got old quite quickly and Erin’s behaviour towards him was unpleasantly inappropriate. I could see what they were trying to do with the gender flip but it was just a bit grim. Rowan (Neil Casey) the main villain was pretty lame to be honest and I never felt like he was really much of a threat. This seems to be a really common probably with these kind of blockbusters recently.

We had a good laugh with this. It wasn’t terrible and it wasn’t amazing. I would watch another one.