This month’s Universal Yums box featured typical Christmas snacks from around the world. It was a mixed bag. Some stuff was delicious. Other bits were… interesting…

These garlic crisps are from the Czech Republic. They smelled amazing and tasted delicious while we were eating them, probably because we both love garlic. They really did not mess around with the garlic though and the aftertaste was powerful and very long lasting. I kind of regretted eating them with such enthusiasm. 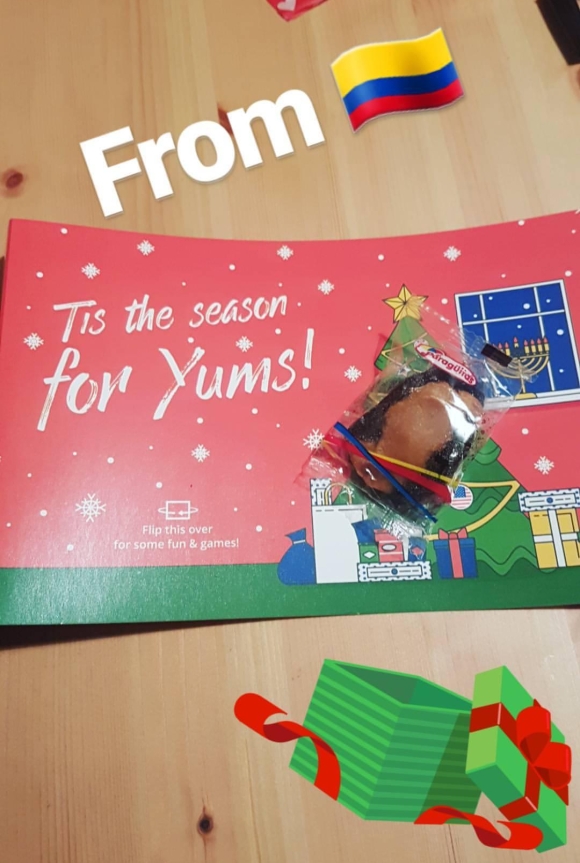 Colombian figs stuffed with caramel, what’s not to love. YUM!

So these Aussie treats are like a Christmas pudding flavoured truffle covered in chocolate and they are bloody delicious. I didn’t immediately realise there was a big almond in the middle of it though and I am allergic, hence the face pulling.

This baklava is from Jordan. I can’t normally eat baklava because it’s made with almonds or pistachios but some of these were with cashews, which I am not allergic to. It was delicious. I ate all of them in one sitting!

I don’t know why this South Korean rice dandy has been going since like the year 900 because it it utterly flavourless and has the texture of cardboard. 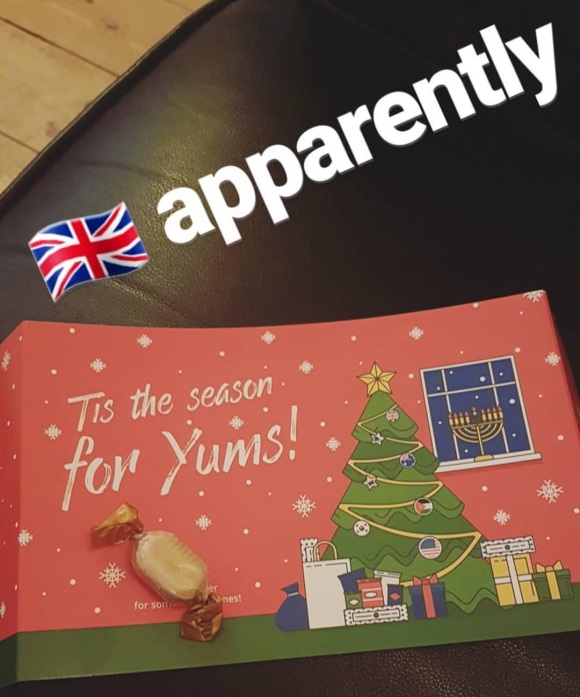 Apparently these mince pie sweets are British. I have never seen them before. I guess it’s more supposed to be a representation of the flavours of a mince pie. They weren’t very nice.

This is the final scorecard, bit of a mixed bag.

I don’t know what the next box is going to be filled with since Universal Yums hasn’t shared any hints yet but I can’t wait to find out!