For Christmas Day and Boxing Day we managed to watch a couple of current Christmas specials, which was rather fun.

Day 25: Doctor Who: Twice Upon a Time 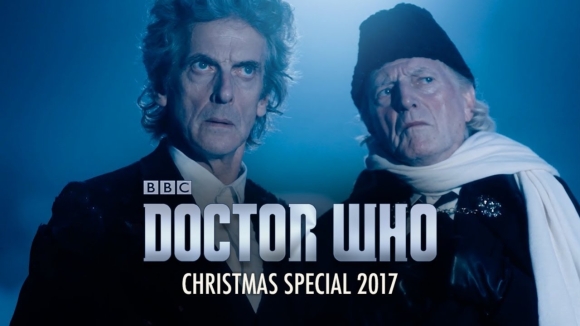 Set: On Christmas Day
What happens?: The First Doctor and the Twelfth Doctor cross paths on the even of their regenerations and both of them are rather reluctant. There’s also a WWI soldier and a weird future organisation that takes the memories of the dead.
Does it snow?: Yes
Is it heartwarming?: Rather
What lessons are learned?: Earth needs the Doctor. It’s not always an evil plot. Humans are horrible but also brilliant.

Set: In the Bake Off tent
What happens?: Four previous contestants return to make festive treats and compete to be Star Baker.
Does it snow?: Yes
Is it heartwarming?: More like greed inducing.
What lessons are learned?: Don’t leave the mirror glaze to the last minute. Making pastry lattices is hard. Paul Hollywood is a cock year round.