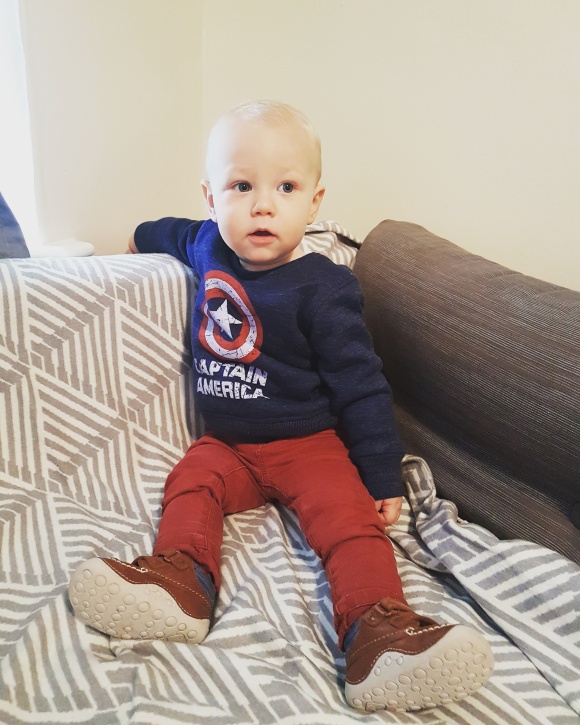 Little O is officially 16 months old. Let’s see how he is getting on.

Little O is yet to repeat a full sleep through. There is hope though. On the upside he is still going down with almost no effort by 7.30pm and waking up once or twice most nights. Although recently he’s had a couple of really restless nights. We won’t talk about the day where he ended up staying awake all day, then nodding off for an hour at 6pm because that night he didn’t go to bed until 10pm and I was losing the will to live.

We seem to go through phases of feast and famine. Little O either eats everything in his path or he refuses to eat anything at all. I am learned to let him be guided by his appetite and not to worry when he is not hungry. He generally prefers strongly flavoured foods but he’s also a mega bread fan. So much so that when Mr O takes him to feed the ducks he ends up eating more of the bread than the ducks do. He is a bit of a fiend for sweet things so we have to keep an eye to make sure he’s not being offered too many treats.

Little O has become very clear in expressing likes and dislikes. You can now ask him a question and he will often shake or nod his head in response. He does a lot of pointing at things to express what he wants but becomes frustrated if you don’t immediately figure it out. He has also started throwing himself on the ground if he doesn’t get his way. Fortunately he is still easily distracted but I am not sure how long that will continue. On the more positive side he now loves to wave hello and goodbye and will kiss and cuddle you when he is feeling affectionate. His favourite word is, “Diddie”, which is what he calls Mr O. I do not have a name. 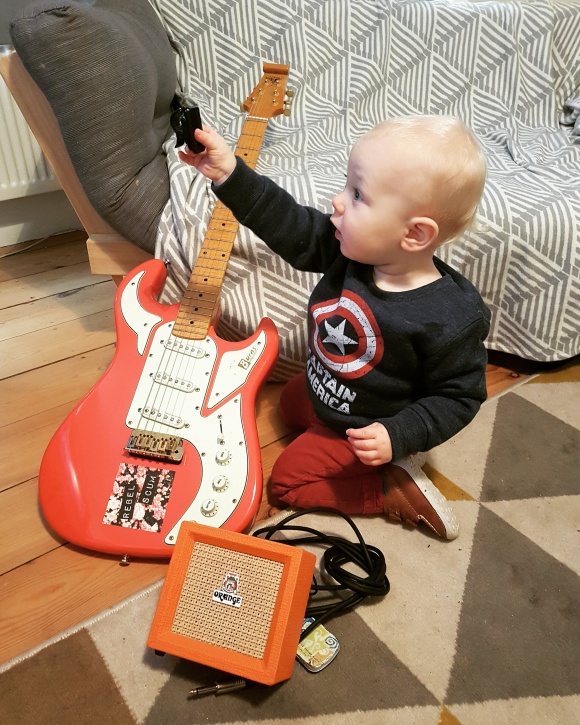 So far the closest we have gotten to walking is four unaided steps. While Little O is right on track for all his other milestones, walking just doesn’t seem to be high on his list of plans. He will now walk beside you for a time while you hold his hand, so we are making progress. Sometimes I worry a little but I know he will get there in his own time.

Since the last month we now have 4 molars through and I can see his top canines on the verge of breaking through the gum. I think we get by quite lightly with teeth compared to most people but I will be glad when they are done. In total Little O now has twelve teeth.