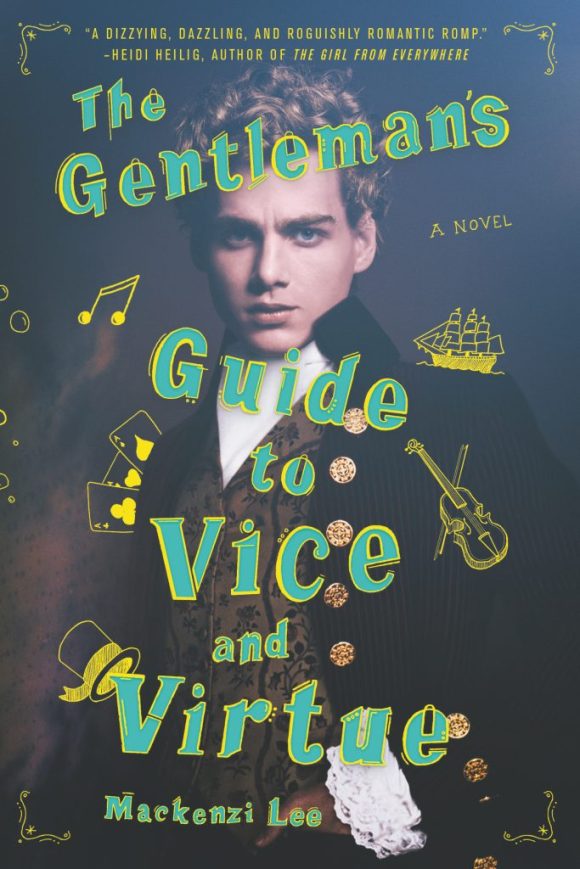 With all the recently holidaying going on around here, I decided I wanted a light read that wouldn’t require too much of my very limited brain power. I saw a load of adverts for The Gentleman’s Guide to Vice and Virtue so I decided to give it a whack and see if it was up to the hype.

Henry “Monty” Montague is a gentleman in training in line to inherit a title and a large fortune as long as he toes the line. Unfortunately Monty isn’t very good at lines. He’s a fan of men (and women), wine, song, gambling and any other form of mischief he can get his hands on. After he gets booted out of Eton his father gives him one last shot to straighten himself out or be cut off.

Monty is to go on a grand tour of Europe to soak up some culture and meet some of his father’s important upper class contacts. In tow are, Monty’s best friend, Percy and his bookish sister, Felicity, who is being dropped off for finishing school.

Monty imagines he is in for a few months of heady excess but soon realises that the chaperone his father has put in place is not going to have any of it. Monty is not one for rules though and a bit of rash behaviour in the Palace of Versailles pitches him and his companions into a crazy adventure involving The Duke of Bourbon, Highwaymen, alchemy and pirates, which will test them to their limits.

So on the plus side the pace is cracking and Lee has put a lot of work into trying to make Monty into a layered character. I also found the will they-won’t they relationship between Monty and Percy quite sweet.

On the other hand The Gentleman’s Guide to Vice and Virtue lacks any subtlety. I know it’s Young Adult fiction but it feels a bit like Lee delivers all her points with a sledgehammer. There was such an army of cliches and tropes at work that I could see what was coming a mile away at every turn and the supporting characters outside the main three are caricatures.  I think I am probably just old and jaded and not the target audience for this novel. I probably would have absolutely loved it when I was sixteen and have fallen head over heels for Monty. Thirty-six year old me mostly wanted to slap him and make him go to his room and think about what he’d done.