As Little O gets older, his ability to cause mischief, usually to our amusement gets ever greater. With that in mind I have decided to document some of the monkey business he has gotten up to over the last couple of weeks. 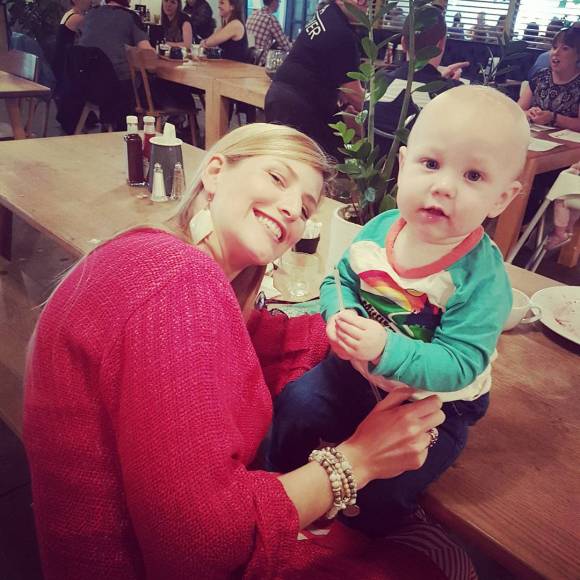 He flirted outrageously with our friend, C, when she and her partner, T came to have brunch with us. This was after we had to move pretty much everything off the table to avoid his grabby hands. 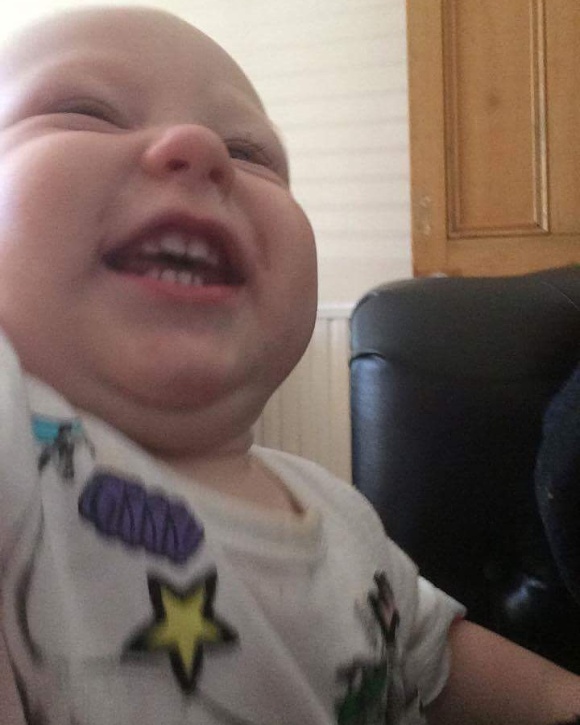 Take his first ever selfie using his dad’s iPad 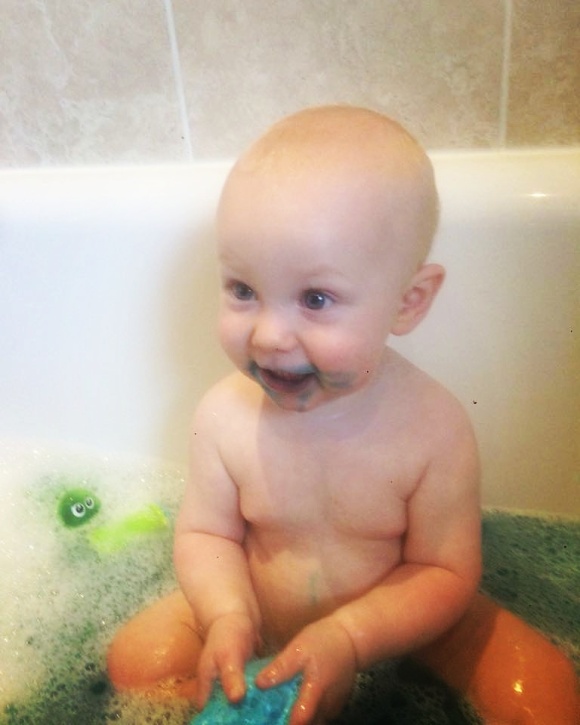 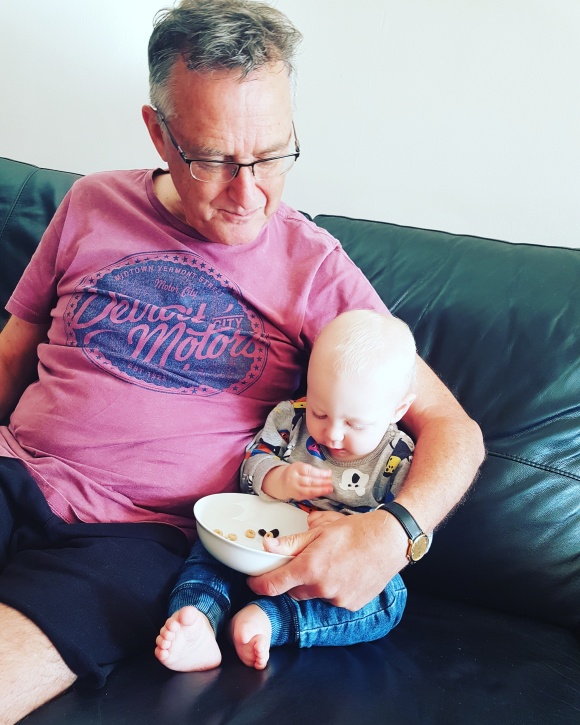 “Helped” Mr O Senior eat his breakfast. As many of these Cheerios ended up on the floor as in his mouth.

The last two pictures were taken while we stayed with Nanny and granddad because we are in the process of moving house and poor Mr O and Mr O Senior have had to take apart all our upstairs furniture to get it down the stairs and are now in the process of reassembling it. I spent the day at the O Seniors’ house with Little O during the day to keep him out of the way. In that time he managed to pinch his finger with a peg, climb up the stairs several times to play Mr O Senior’s drum (and also his guitar) with a drumstick, eat a tissue, unpack my toiletry bag, disassemble part of a coffee machine and trap one of his fat thighs under a cupboard he’d opened.