After last week’s trip to the emergency room, I am glad to say that Little O is back to his usual self and once again bursting with energy and cheeky grins.

Along with the burst in energy has come a burst in appetite and I have been amazed by some of the things he’s been eating. Over the weekend the rest of the O’s came around and we had a big takeaway curry. There was loads leftover so I warmed up some sag paneer, sag aloo and Bombay potatoes for my lunch. Little O was due for his lunch too I decided to see if he wanted to share with me and he wolfed it down. He normally messes around with food and it goes everywhere but for the sag paneer he sat dead still waiting for the spoon in excitement. Today apparently he “helped” Mr O put the groceries away in the fridge by opening a tub of olives and eating loads of them. 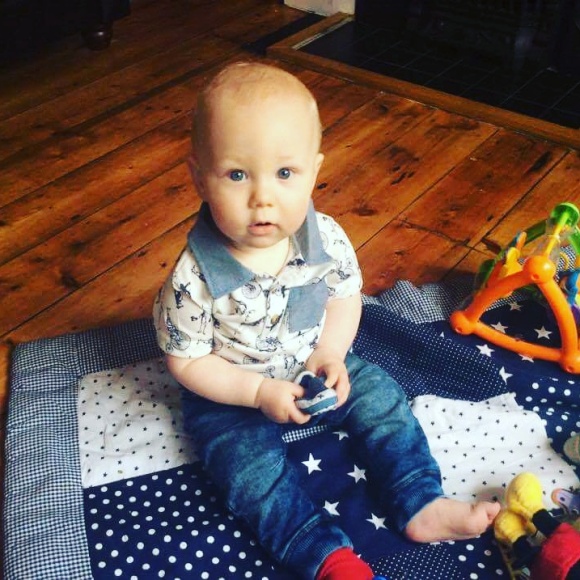 His other new way of showing excitement is with a sort of bum wiggle. If the theme song of a TV show he likes comes on or we clap for him or get out one of his favourite toys, he does a little jiggle. It’s incredibly cute to watch.

Two for the price of one

The most exciting thing is the idea of going out. It doesn’t really matter where, just out. So if you bring him to where his pushchair is kept he goes crazy. If I take him out shopping with me he’s always very interested in what the sales assistants are doing  when they check out our purchases and complains if I don’t turn his pushchair so he can see them. Then he’ll smile and make a performance and usually end up wrapping everyone in the near vicinity around his little finger. I reckon he’s going to get away with murder when he goes to school.

It’s not all happiness though. While Little O is very excited about food, people and investigating everything, he is very unexcited about having his teeth brushed. We have to save the tooth brushing for the very last moment of his bath or the rest of it is a complete write off. I wish I could explain to him that it’s for his own good. 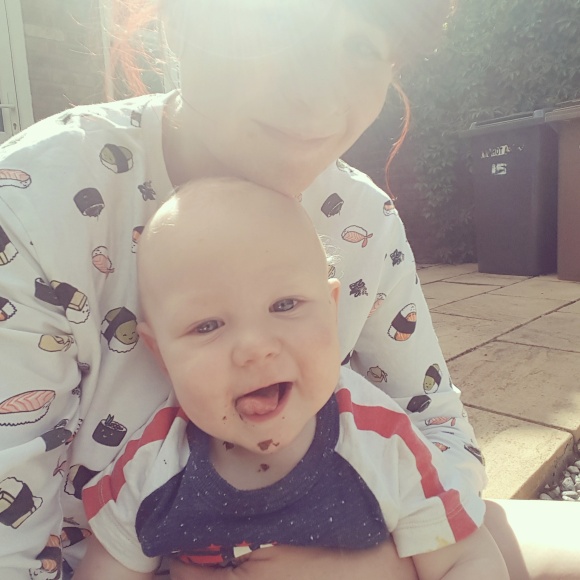 He’s also less than thrilled about sleeping in his cot. While I am happy for him to sleep in bed with us once we go to sleep, I do need a couple of hours every night to eat my dinner and wind down a bit before I get into bed. When he was really ill we held him all the time and it seems it’s taking him a bit of time to adjust back to sleeping on his own. I try not to get too frustrated but some nights it feels like I am never going to get a gap between work and mum just to be myself and to spend some time with Mr O. I keep reminding myself that it’s just a phase and not forever – the mantra of all parents. 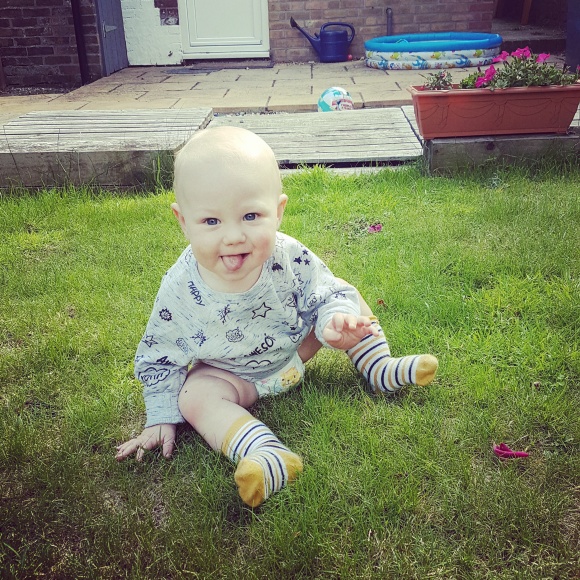