I like: having my head tickled, boobs, biting my toy monkey’s face

Mummy is learning: to put a bib on me

For the past couple of months we’ve been experimenting with giving Little O solid food with the intention of slowly transitioning him from a milk based diet to a food based one.

There are a few different ways that people do this and lots of different theories but essentially there are two camps: “traditional” and “baby led”. Traditional weaning starts with spoon feeding your baby pureed or mashed food that gets slowly thicker and chunkier until they graduate to finger foods. You can do this from about 4 months.

Baby led weaning is a bit different. Rather than feeding your baby, you offer them food at the same time as you are eating and leave them to it. Babies put pretty much everything in their mouths anyway and they like to copy what they see others doing to theoretically they should start out by copying eating and then connect up that food and eating are a thing. This you can start from 6 months onward as there is a risk of choking before.

We decided to go for baby led weaning because we liked the sounds of the pros. Babies who learn to eat through baby led weaning are supposed to be less fussy and better able to control their appetites. It also means that you don’t really have to make them special food and they eat while you do so you get to eat your own meal while it is warm. 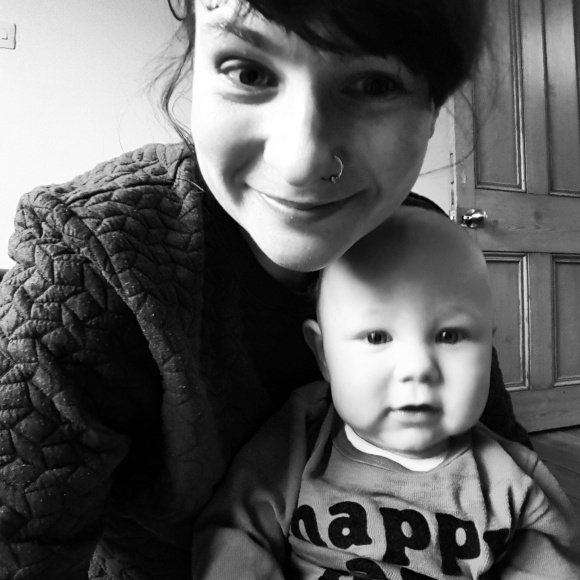 Of course nothing just has pros. Baby led weaning can be extremely frustrating (as I have learned) because while your baby is supposed to theoretically go for their food with gusto, some really don’t to start with. They tend to ignore it, or play with it, or put it in their mouth and then spit it out, or lob it on the floor or massage it into their hair… I personally also find it quite challenging throwing away food that hasn’t been consumed.

We’ve been offering Little O food since about Christmas. He has mostly considered it a messy play opportunity. (Don’t ask me about the yogurt). I wasn’t prepared for how desperately I would want him to actually eat something and how exasperating I would find it when he was more interested in chewing the side of his high chair.

However suddenly in the last couple of weeks he’s started putting food in his mouth with intent. Prior to this sometimes food ended up in his mouth by chance but he’d usually recoil in disgust. Now he’s definitely trying to get it into his mouth on purpose. Weirdly his favourites seem to be lasagne, quiche and hummus… little hipster baby. He still doesn’t eat very much or swallow loads but we know some food is going in because… well… we can see and smell it coming out. The patience is paying off. I have never cheered someone on with such enthusiasm doing anything. It’s funny what motherhood will do to you. It is absolutely hilarious watching him attack his food sometimes so if you want a good laugh, make sure you follow me on Instagram (@abbiosbiston) and keep an eye on my Instastories.