Weeks old: 32
I like: Making an array of strange noises for interpretation, chewing on the bars of my cot, boobs, showing people my teeth
Mummy is learning: That I will be okay for short periods without her

Before I had a baby I thought leaving my baby would be no big deal. I figured even if I was breastfeeding I would just express some milk, leave a bottle and swan off. I pictured heading into London for the day with friends, going out in the evening for dinner with Mr O and possibly even going overnight to my company’s annual conference in Berlin, which happened in January. I figured that I’d just leave him with Mr O or the O Seniors or even a babysitter.

Now I am not suggesting that leaving your baby with a competent carer, whether that’s their other parent, a relative or a professional is the wrong thing to do but what I underestimated was just how difficult I would find it to leave him and how much I would worry that my absence would unsettle him.

This owl is one of my best friends

One of the complications we have with Little O is that he doesn’t like bottles, or even now that he’s a bit older a sippy cup. Me being away from him means that his primary food source is interrupted. This has always meant that on the odd occasion I needed to do something that I couldn’t do with Little O in tow I have had to be very conscious of not going too far or being back by a certain time.

Over the past few months Mr O and I have started leaving Little O with the O Seniors for a few hours here and there in the day so that he and I can go on a little lunch or coffee date and reconnect without the distraction of Little O’s immediate needs. We are very fortunate to have the luxury to do this because it’s so easy to neglect your relationship with a baby taking up so much of your attention. 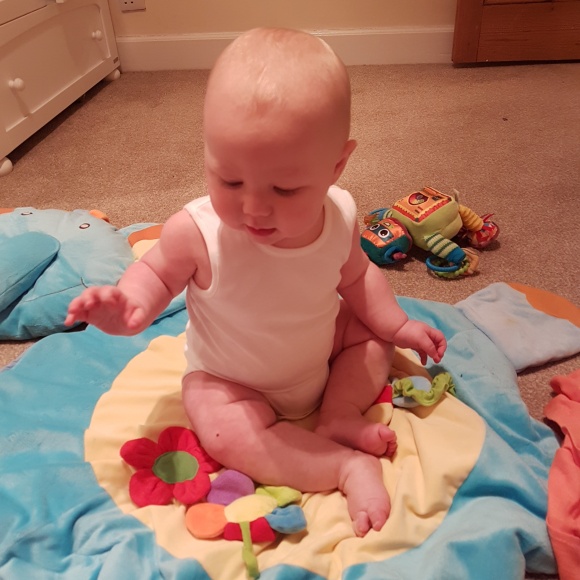 But it was only two weeks ago that I first had the guts to leave him with Mr O for the entire day. I will be returning to work in 5 weeks, which has made me face the fact that Little O has to learn to eat without me.

Mums on maternity leave in the UK have the option of doing up to ten “keeping in touch” days, where they can choose to attend work for the day and catch up with what has been going on so they don’t feel completely alienated on their return. It’s not compulsory but if you do them you get paid for the days you work. I decided to start taking one day a week and leaving Little O with Mr O for the whole day.

On the first day I left him I spent the entire train journey trying not to cry. Although I am the primary earner in our family and there is no question of me not returning to work there is a little voice in my head that sometimes tells me that as a mum, I shouldn’t leave my baby, no matter what. My feelings where not all bad though, I was extremely excited to be wearing a real bra and clothing that was non-breastfeeding accessible and to be free of the pushchair. And when I got to work, catching up with my colleagues, finding out what was happening with various projects and just drinking my coffee while it was hot was lovely. 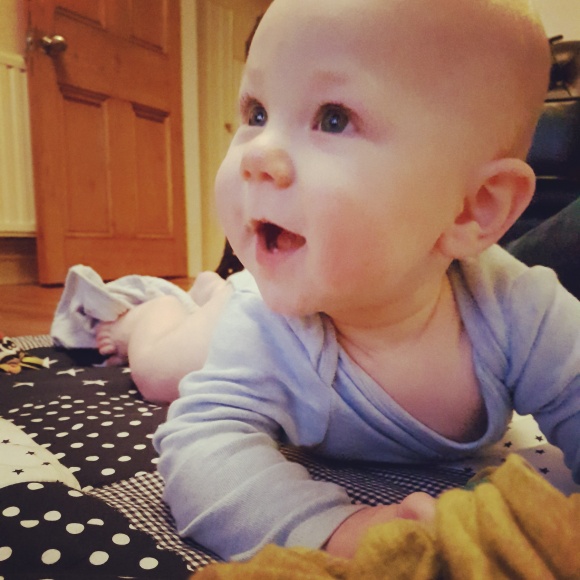 When I got home Little O was happy to see me, but it turned out he’d been happy all day with Mr O. He had just about enough milk from a bottle not to starve or dehydrate and ate more solids than he ever does with me. (Unfortunately this happened to be the evening that the great vomit crisis started but these things are not related).

The second day I left him I went without a sick feeling in my stomach and although I thought about him a lot during the day I worried so much less. Little O was just as content without me as he had been the previous time. It’s made me realise that me leaving Little O is probably a much scarier prospect for me than it is for him although his contentedness is likely down to the fact that we’ve been able to build such a close strong bond over the last seven months. I cannot imagine what it must be like for mums who are not fortunate enough to be able to take much maternity leave and have to leave a baby of only a few weeks old.

The next challenge is to leave Little O in the evening. At the moment he still breastfeeds to sleep and tends to wake up several times in the night. Usually the quickest and easiest way to settle him is by rocking and breastfeeding him. If Mr O tries to settle him he usually wakes up and thinks it’s playtime. I am not really sure what would happen if someone else tried to put him to bed or settle him in the night and the thought makes me rather nervous. I will have to face my fears soon though as in a couple of weeks me, Mrs O Senior and Mr O the younger are going to a show in London. Wish me luck…