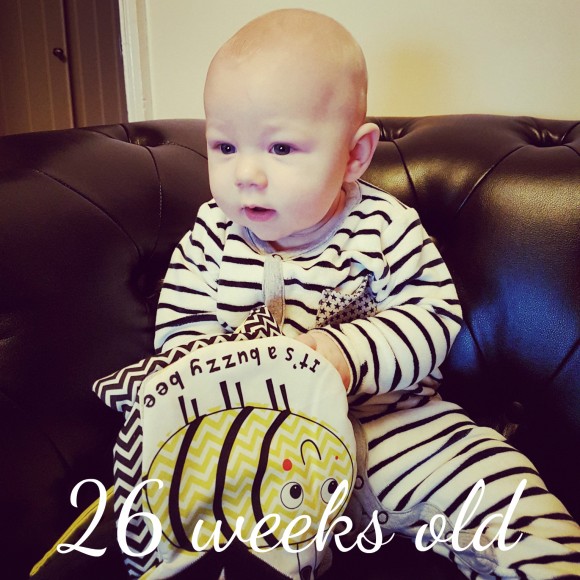 I guess some of you will notice that there was no 25 week blog. As much as I try to update weekly, sometimes things just get too busy and with Christmas coming up and me once again having the genius idea of making loads of presents, I’ve either been exhausted or had “work” to do in the evenings.

As of Monday, Little O is officially 6 whole months old… a half a year. How did that happen? In some ways it feels like an absolute eternity and in other ways I am pretty sure that I gave birth about a week ago. But how are we getting on?

Little O continues to be a bit of a mega baby. I had him weighed on Monday and he’s a whopping 8.9kg/19lbs 10oz, which he weighs about 1.3kg/3lbs more than an average baby. It also means he is now on the very edge of his 6 – 9 months clothes and we’ll be moving him into 9 – 12 months in the new year. I have nicknamed him “The Beast”. 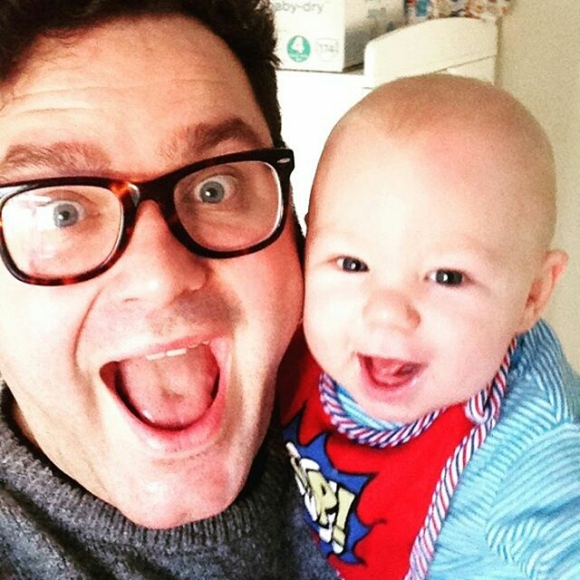 Little O is still a bit of a lazy roller. He can roll. He just can’t be bothered. What he has suddenly become a champion at is sitting and I can’t believe how quickly it happened. Last Friday he was still falling all over the place but when we put him down on Saturday he just sat. I still wouldn’t leave him unattended sitting but he’s happy for ages pottering about with some toys and we can now put him in a high chair. 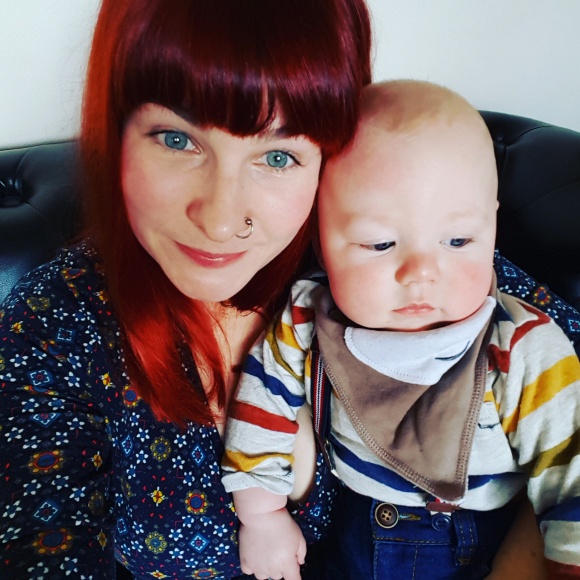 Any kind of consistent sleep pattern still eludes us. Little O goes down quite easily at night and has for the most part stopped the middle of the night party but he still wakes up multiple times a night… usually for a boob. What we have learned is that everyone sleeps more and better if Little O starts the night in his cot but then comes to bed with me when he wakes up for his first feed and if Mr O sleeps on the futon downstairs, because all three of us can’t fit in the bed. It’s not ideal and I miss Mr O, but it does mean there’s a lot less zombification. 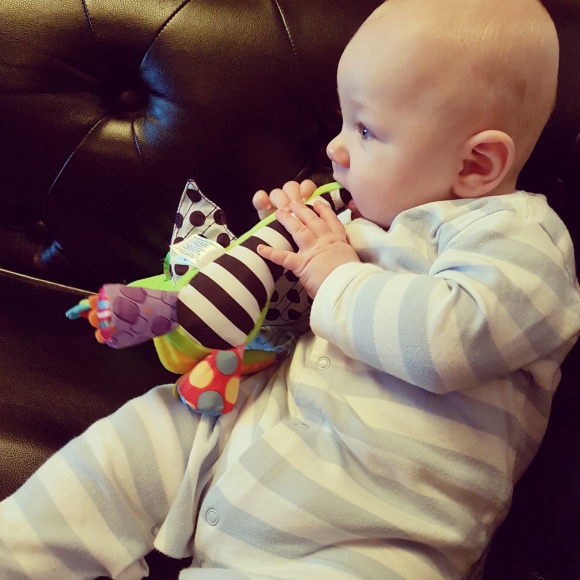 Now that Little O is 6 months old and able to sit, we’ve started baby led weaning. It’s a bit different from traditional weaning in that you skip the puree stage altogether and go straight to finger foods. Nobody feeds the baby but the baby. All you do is offer food in appropriate shapes at family mealtimes and wait for them to join in. It’s great because it means that your baby soon just eats with the family and doesn’t have to have special food. It’s a challenge because it can take quite some time for anything to get eaten, which can be frustrating for mum and dad. So far Little O has enjoyed mushing up broccoli, carrots, toast and banana. He has put zero actual food in his mouth but he does seem to be enjoying the experience though. I am embracing the mess and the fact that I find it so hard to throw away food. As yet he still refuses to consume liquids from anywhere but the boob. 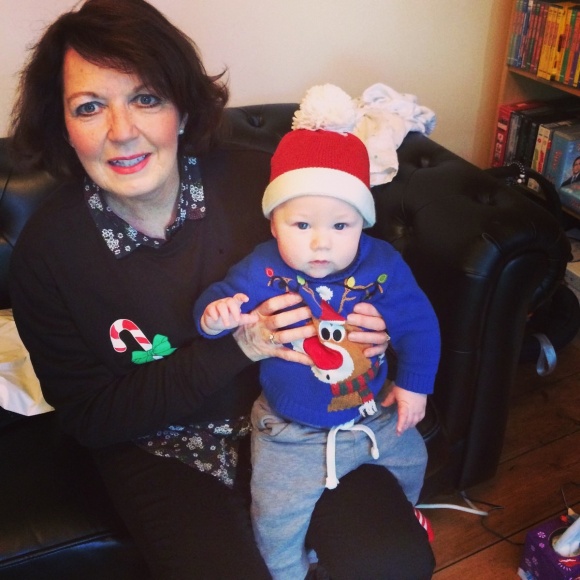 Little O becomes more animated and more communicative everyday. He now giggles like a loon when tickled, kissed or even just sometimes while playing with his toys (or toes) and . It’s the sweetest sound on earth. He has also started reaching out to be held by people he knows and holding our faces and staring into our eyes. He is just as vocal at expressing his dissatisfaction with things and sometimes it’s like working for an angry little dictator. Fortunately he’s a lot cuter than Stalin. 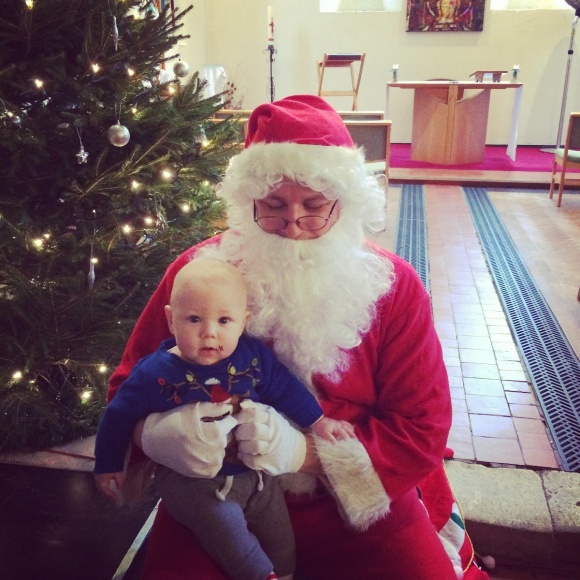 At the moment I am feeling mentally healthier and more stable than I have done in recent weeks. While I still have moments of second-guessing myself and wondering if I am up to the challenge of being a mum, I have gotten better at accepting that everyone else isn’t magically doing a better job than me. Plus the little fella seems to be doing well enough. Last week I did a Keeping in Touch day for work via video conferencing, which I think helped a lot. It was great to stretch myself mentally and confirm that I haven’t forgotten everything. It also confirmed something that I have suspected all along. Even if I didn’t have to go back to work… I would want to. As much as I adore Little O and love taking care of him, I’m not meant to be a stay at home mum. And that realisation taken a weight off my shoulders. I can’t imagine that leaving him will be easy but I know that our whole little family will be happier and healthier with me working.