Ma (Brie Larson) and her five year old son Jack (Jacob Tremblay) live in a solitary room in the home of Old Nick (Sean Bridgers). Jack has no concept of the outside world. Room is his only reality, that and what he sees in the seemingly fantasy world of the television. Old Nick provides for Ma and Jack’s basic needs and takes what he needs from Ma, who protects Jack from him at all costs, but Ma has a plan, one she hopes will turn the outside world into a reality.

I was completely gripped by Room. Narrated by Jack, it allows the viewer to see things from a child’s perspective while also seeing the sacrifices his very creative mother makes in order to keep them alive and safe without losing hope. Things get even more interesting in the second half when Jack’s world expands and Ma is reunited with her past. The exploration of how both of them react to this as well as being under the scrutiny of others is what really elevates Room  to another level. That and the absolutely exceptional performances from both Larson and Tremblay who is a star in the making. Highly recommended. 5/5 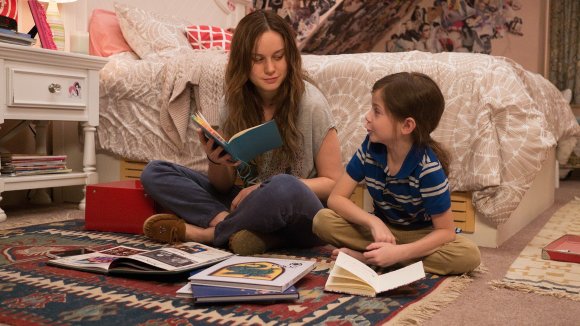 I am going to put it out there… I’ve never actually seen Rocky. I don’t really have an excuse because I quite like boxing movies but I haven’t so Creed doesn’t really have any context for me. I don’t know anything about Apollo Creed other than what is revealed in the film and I’m not sure what his relationship was to Rocky Balboa or anything else about Rocky Balboa really except that he was a big fan of  Eye of the Tiger. Anyway, this movie is about Adonis “Donnie” Creed (Michael B. Jordan), who discovers that he is the son of Apollo Creed when Apollo’s widow (not his mother), Mary Anne (Phylicia Rashad) rescues him from a life of bouncing between foster homes and juvie. Mary Anne helps Donnie find his way into a successful corporate life but all he really wants to do is box so he tracks down Rocky Balboa (Sylvester Stallone) and convinces him to train him to follow in his father’s footsteps. Of course he’s the underdog, with a temper and arrogance he must learn to control, while finding a way to step out of his father’s shadow. Creed isn’t bad, it’s just pretty predictable and there’s a whole meandering bit involving Donnie’s romance with his neighbour (Tessa Thompson) which is just unnecessary bloat. The performances from both Jordan and Stallone elevate Creed to a level above just watchable and make it worth your attention. Whether there is more to appreciate if you’re familiar with the preceding films I will leave up to you.  3.5/5

Donnie was finding dealing with constipation a real challenge

Arnold Schwazenegger plays Ben Richards (an unusual name for a man with such an inexplicably strong Austrian accent), a police officer who is wrongly accused of killing hundreds of innocent civilians while breaking up a riot.In the futuristic society in which Ben lives, citizens are distracted from the fact that their government is essentially rinsing them by a game called The Running Man. In this game criminals must face off against themed warriors for the chance to win their freedom… except none ever do. Knowing that his military training gives him the edge, Ben agrees to participate but will he make it out alive? There is a lot to love about The Running Man. It makes a very relatable social commentary on how increasing consumerism and voyeurism strips us of our humanity. We’re not really that far off the society that Ben lives it. It’s also unintentionally hilarious in that way that 80’s movies are when they feature lots of silly dancing and characters but take themselves very seriously. Unexpectedly Schwazenegger is shit apart from the bits where he’s kicking the crap out of whoever is in his way as he lacks the gravitas to play the morally conflicted, Ben. And it all goes on just a little bit too long. Good Sunday afternoon viewing. 3/5

What do you mean this outfit isn’t “classically masculine”?

The Danish Girl is a fictionalised account of the life of Lili Elbe (Eddie Redmayne) , the first transgender woman to undergo a sex change operation. Lili starts out her life as Einar Wegener, a celebrated artist, married to fellow artist, Gerda Wegener (Alicia Vikander). Gerda occasionally uses Einar to pose as the “legs” for her portraits which leads to him dressing entirely as a character called “Lili” for Gerda to paint. The two enjoy the game so much that Einar decides to go out dressed as Lili. But it’s not long before it is no longer a game and Einar comes to believe he was meant to be Lili, sending him and Gerda on a long and complicated journey to find a way for him to realise his dream. What is interesting about The Danish Girl is that Gerda ends up being a much more focal and compelling character than Einar/Lili as it is her struggle with losing the man that she loves but still having feelings for the person underneath that really show the impact of Einar’s transformation. While Redmayne gives a stirring perfomance, it is Vikander who steals the show. The problem with a story with this level of complexity is that it needs room to breathe and there were places where it felt like the jump from Einar putting on some pantyhose to having a completely unexplored gender crisis was a bit sudden. I wonder if this film and the story might not have been better served as a miniseries. All of this said it’s a beautiful and poignant watch and definitely worth checking out. 3.5/5 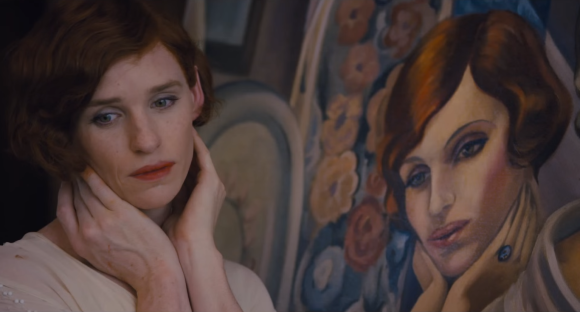 Does my nose look big in this