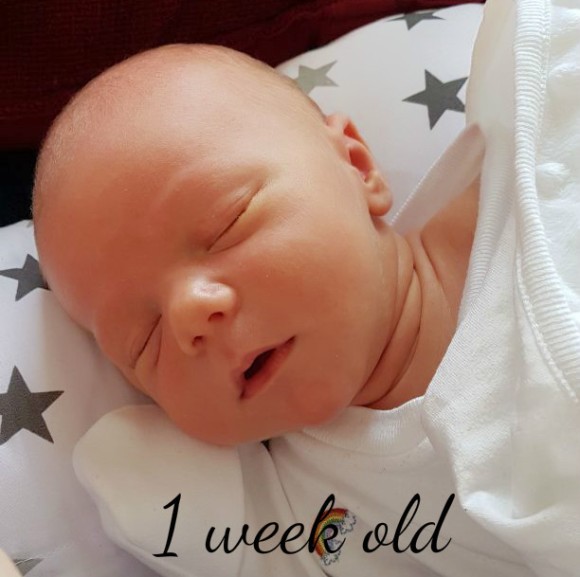 Weeks old: 1
I like: Being in my pushchair, boobs (still), daddy cuddles… but only at certain times of the day
Mummy is learning: How to eat with one hand, how to sleep sitting up

So we’ve officially been home from the hospital for a week and Little O, Mr O and I have had a week of firsts, including: 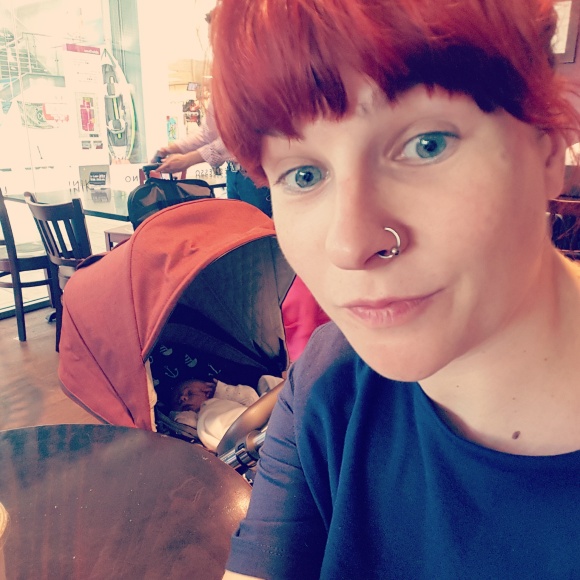 So far I have been absolutely loving being a mum but I am not going to pretend it is easy. Little O does something called cluster feeding for long parts of the day and night. This means he does short burst feeds on an off for hours at a time… like you know 10pm to 2am. This means it is very, very difficult to get any sensible amount of sleep or sometimes to leave the sofa. After a few days of not sleeping very much it starts to take hold and you get a bit spaced out… and very grumpy. It can also make you feel totally overwhelmed and I have had a few tearful moments where I just wanted to be able to put Little O down for long enough to go to the bathroom or finish my shower. I am very committed to breastfeeding but it means that essentially I am the only person who can feed him and with the way he currently feeds I can’t be a way from him for more than 15 or 20 minutes at a time. It’s a lot to take in. I also didn’t realise how much of a big deal getting to lie down all the way is and how badly you want to do it after a few days of not being able to.

Fortunately for me, Mr O is very supportive and while he can’t help with feeding he does help with everything else including making food, bringing me things, doing housework, dancing with Little O while I am sneakily having a wee, snuggling with him at the specific times of day that he is not wanting a boob and packing up our flat in preparation for our imminent move. I am also fortunate that although Little O is very vocal about wanting to be fed, changed or burped, we’re yet to find an unhappiness that can’t be solved by one of these remedies.

I am going to do my best to stop by your blogs when I can but I am going to have to be a lot more selective over which posts I check out. I hope that you will all still continue to stop by here occasionally to say hi.