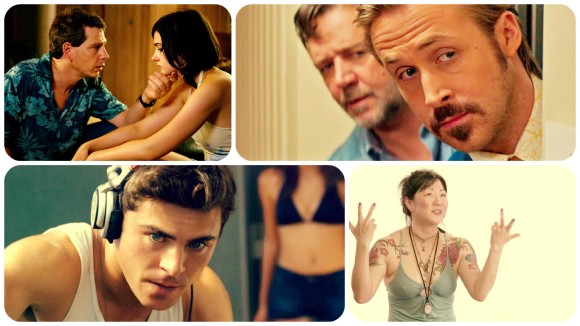 Holland Marsh (Ryan Gosling) is a down on his luck private investigator who has been struggling to make ends meet and raise his daughter, Holly (Angourie Rice), on his own since his wife died. Jackson Healy (Russell Crowe) is a mysterious loner who makes his money as a kind of thug for hire. When the two discover that they’re working the same case from slightly different angles they are thrown together and realise the path of least resistance is probably to cooperate. Unfortunately Holland has the tendency to view everything from the bottom of a bottle, Jackson likes to hit first and ask later and although Holly is only thirteen years old she’s adamant she’s going to follow in her dad’s footsteps and help out and no one is going to stop her. As the three of them navigate the seedy underbelly of Detroit in the seventies they discover that there’s a lot more going on than they ever expected with the porn industry, politics, car manufacturing and the Department of Justice thrown into the mix. As buddy comedies go this is one of the best ones I have seen for quite some time. I am not a Russell Crowe fan but he’s on top form here and Gosling is impressively willing to poke fun at himself and shows some impressive comic timing. It’s not all a slapstick farce though as it’s very obvious that Holland is in an enormous amount of pain, which he is trying to self-medicate and his relationship with Holly provides the emotional heart of the film. A lot of this is down to Angourie Rice, who gives a charming performance that is never annoying and often scene-stealing. I do feel like Holland’s alcoholism was maybe played a bit too much for laughs when there are obvious serious consequences. Overall though this a barrel of fun whichI can highly recommend. 3.5/5

Cole (Zac Efron) is an aspiring DJ and a bit of a loser. He spends all his time with his friends, who are also aspiring to be various things and also losers. It looks like his fortunes might be about to change when he meets producer, James (Wes Bentley), who takes him under his wing. Unfortunately for everyone Cole and James’ beautiful girlfriend, Sophie (Emily Ratajkowski) quite fancy each other. So if Cole sticks his willy where he shouldn’t things really aren’t going to end well. There is no point in me writing anything more about the plot of this film because it is so fucking predictable that you don’t actually even have to watch it to know precisely what is going to happen at every turn. To top off the lack of any originality it sports a completely flat script, inconsistent character development on the odd occasion that there is any and a performance that can only be described as “dead behind the eyes” from Ratajkowski. In her defense she has a breathtaking rack that defies gravity in a way that she should thank several deities for. I am not even going to mention the nonsensical subplot featuring the housing crisis that seems to have been introduced in an attempt to suggest that Cole has some moral compass. Anyway… I am not a fan of electronic music generally but there were several moments when Cole was actually playing that I found myself bopping along a bit, which is this film’s only minuscule saving grace. 1/5 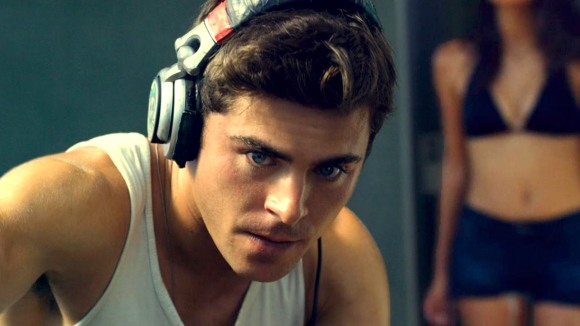 Having spotted Sophie’s impressive breasts in the mirror, Cole was in the zone.

Joshua ‘J’ Cody’s ( James Frecheville) mother has kept him away from her family his whole life but when she dies suddenly he has nowhere to turn but his grandmother, Janine (Jacki Weaver) and uncles. Here he finds himself thrust into Melbourne’s criminal underworld and a war between his family and the local police, where no one is playing fair. The death of Baz Brown (Joel Edgerton), a close associate of the family, escalates the violence to a new level and J finds himself torn between family loyalty and the desire to do the right thing especially when pushed by Detective Senior Sgt Nathan Leckie (Guy Pearce) but before he can make any decisions things with take a shocking turn at the hands of his uncle, ‘Pope’ (Ben Mendelsohn). With such an impressive cast it’s not a surprise that Animal Kingdom is a dark and menacing thriller albeit a slow-moving one. J’s moral journey is harrowing to watch and his realisation that there is probably nowhere he is safe makes his mother’s initial desire to keep him away from his manipulative grandmother and dangerous uncles seem that much more sensible. An excellent Aussie production that gives Mendelsohn in particular a real opportunity to flex his muscles. 4/5 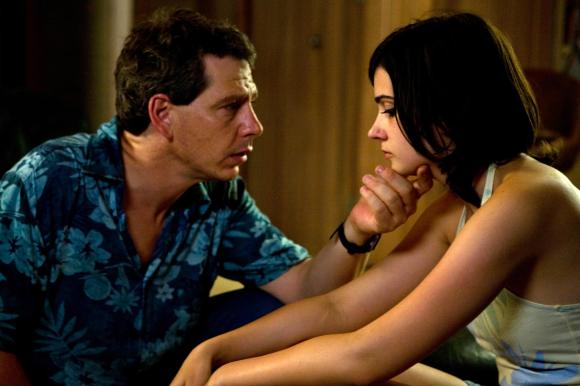 Cheer up, luv… One Direction might still get back together

Film maker, activist and actress Jessica Siebel Newsome explores the way women are represented in the media in America and specifically how this translates to women’s ability to obtain political and commercial power and how they are treated when they do. If have spent any time considering how the media works or thinking about or researching feminism and things like rape culture, language around women, mansplaining and all of these phenomena there’s nothing particularly ground-breaking being brought to the forefront. We all know that the media is controlled by white middle-aged men to ensure that other white middle-aged men make it to the top. However some of the statistics presented are very compelling as is the way Newsome connects the lack of female protagnonists on television and in films and what female stories we do tell all the way up to the lack of women in congress. This is an excellent introduction and Newsome’s motivation of wanting to make a better future for her young daughter gives it that much more impetus. 3.5/5

Margaret was exasperated to discover that Donald Trump had declared himself, “best for the womens”