So I figure by now everyone who wants to see this movie has seen it so beware… HERE BE SPOILERS. In the aftermath of Superman’s (Henry Cavill) big battle with General Zod (Michael Shannon) Metropolis has been decimated and Bruce Wayne/Batman (Ben Affleck) is less than thrilled. He thinks Superman is getting a bit full of himself and acting like a god and like he gets to just do whatever he wants. On the other hand Superman/Clark Kent thinks Batman is acting like a crazy vigilante and becoming judge, jury and executioner to those he apprehends. This all plays perfectly into the hands of Lex Luthor (Jesse Eisenberg) who thinks both of them are dicks because they are more powerful than he is and he uses all his cash to manipulate them into all out warfare. It’s man vs god… alien vs err… bat, black vs blue. Except actually it’s not. Because when your moms have the same name there is no need to fight especially when you should actually be teaming up to fight General Zod’s camel toe monster, which Lex Luthor has unleashed. This would be a lot easier if someone’s stupid girlfriend *cough* Lois Lane (Amy Adams) *cough* stopped constantly doing stupid shit and needing to be rescued but at least Wonder Woman (Gal Gadot) is around to keep things in hand until Superman can get his shit together because let’s face it Batman isn’t much cop against people with actual superpowers when his gadgets malfunction. Anyway… Batman vs Superman isn’t bad per say… it’s just a lot and some of it doesn’t make sense. It’s like director, Zack Snyder thought of all the things he wanted to see onscreen and then hurled them all at the wall to see what stuck… including a bunch of completely unnecessary dream sequences. Wonder Woman is the most interesting character in the whole film but she only gets about five minutes of screen time which makes you wonder why he even bothered. Batfleck is good though and it does look very pretty. I also would love to know what exactly Luthor was going to do with the camel toe monster if his plan had come off and it had wiped out his supposed enemies. I get the feeling it wouldn’t have done well as a pet. And what the hell was up with “we’ll need to stand together because I have a general bad feeling about… stuff”. Messy. 3/5 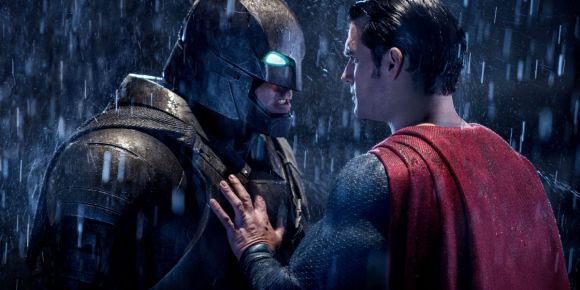 In the not too distant future retired cat-burglar Frank (Frank Langella) lives alone on the outskirts of town. He’s started becoming a bit forgetful so despite his protests and the horror of his daughter (Liv Tyler) his well-meaning but busy son, Hunter (James Marsden) buys him a robot caretaker (voiced by Peter Sarsgaard). Initially Frank isn’t too keen on the robot, which he refuses to name, and its persistent interference into every element of his life under the guise of improving his health and well-being. However when he realises he can teach the robot some of the tricks from his former life things start to look up. Soon the two are plotting to break into Frank’s beloved library where his friend and potential love interest, Jennifer (Susan Sarandon) works. The library is in the process of being rebranded by hipster consultant, Jake (Jeremy Strong) who intends to get rid of all of the actual books, which makes him the perfect target for Frank’s somewhat unconventional sense of justice. Robot & Frank explores familiar themes of the true meaning of friendship, the boundaries of artificial intelligence, absent parents and the effect this has on families as well as the ravages of aging in a charming and engaging manner. Langella is excellent as the curmudgeonly Frank and his interactions with everyone around him are equally amusing and heartbreaking. While both Frank’s daughter, Madison and his son, Hunter can be frustrating characters it is easy to identify with them. Towards the end it seems to get a little bit crazy but for the most part I really enjoyed this and would recommend it for anyone who sometimes wonders just when the machines are going to take over and whether it’s a good or a bad thing. 3.5/5 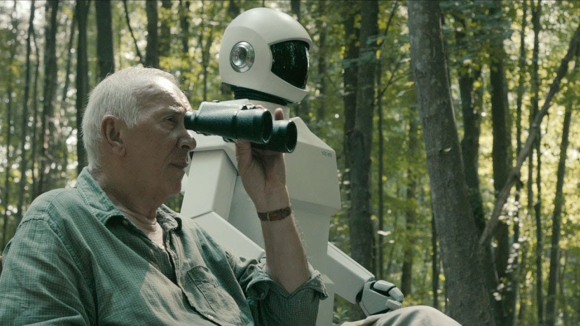 Since I got pregnant my concentration span isn’t quite what it used to be, which occasionally means I have to ask whoever I am watching a film with if I have missed a plot point. This was not the case with The Counselor. In this case I had no fucking idea what was going on because the entire film made no fucking sense. Basically this lawyer (Michael Fassbender), who is only ever referred to as “Counselor” decides to embark on an unspecified dodgy deal with some unspecified dodgy people essentially because he is greedy and wants to impress his fiancee (Penelope Cruz). This is confusing because she is really unmaterialistic and disinterested in the cash he already does have. Also involved is his friend, Reiner (Javier Bardem) who he is opening a club with, Reiner’s confession obsessed car-shagging girlfriend, Malkina (Cameron Diaz) and his other friend, Westray (Brad Pitt). There are several suggestions that The Counselor might have acted with questionable ethics in the past and that this might be what ultimately leads to his deal going horribly wrong and him and all his cronies being forced to go on the lam but it’s all very vague and not in a cool mysterious way but in a “who is this bloke and what the hell is going on now” kind of way. A complete waste of a pretty impressive cast. Avoid. 0/5

Lenny (Woody Allen) has never wanted a child but when his wife, Amanda (Helena Bonham Carter) tells him that she has found a baby to adopted he agrees and unexpectedly enjoys fatherhood. However when he and Amanda start to have marital problems he becomes obsessed with the idea of finding his son’s biological mother. It turns out that she, Linda (Mira Sorvino) is a porn actress and prostitute with an obsession with erotic “art”. Lenny feels compelled to save her from herself and starts to interfere with her life in an attempt to help her reform… whether she wants to or not… and with a series of unexpected consequences. As Woody Allen movies go this is a relatively unassuming one. It lacks the kind of intense impact of something like Annie Hall but also isn’t a complete stinker like far too many of his films are – even taking into consideration the somewhat bizarre choice to have Lenny followed around by a Greek chorus. Woody Allen plays himself as per usual so it’s hard to assess his performance really outside the usual confusion around just how he’s managed to get one, never mind two, beautiful women to fancy him. I enjoyed this well enough but I can’t imagine I will remember much of it in a year from now. 2.5/5 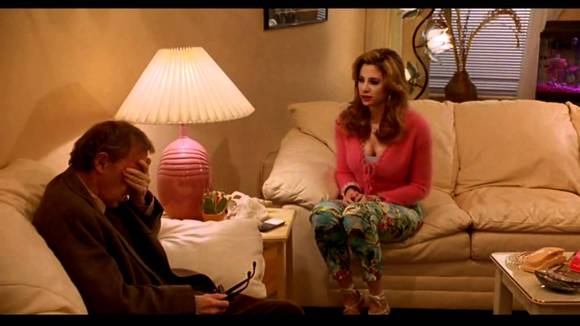 How many times do I have to tell you you pass the duchy on the LEFT hand side?