As you might know from my previous post, Little O and I are on tour… unfortunately without Mr O who is working. It’s been some time since I’ve travelled on my own and I have to admit that I found the prospect quite daunting. Let’s just say there were lots of tears at the airport (not just from me). I have a suspicion that pregnancy hormones were involved but even if you’re not pregnant, two weeks away from your partner is a long time.

When I booked my flights I didn’t know I would be pregnant when I was travelling so. I thought nothing of a three leg journey from London to Cape Town with stop overs in Nairobi and Johannesburg. All I can say is that it was very long and very lonely and that my constant pregnancy appetite was not thrilled when my flight from Johannesburg to Cape Town was brought forward 45 minutes, I had to sprint through the airport and was forced to eat a particularly grim, overpriced plane sandwich.

With the journey done for now being with my dad and his partner, Pat in their beautiful Somerset West House has been lovely and extremely relaxing and I’ve been loving our scenic morning walks with this beauty. Apparently dogs can sense pregnancy. I don’t know if that’s true but Billi never leaves my side. 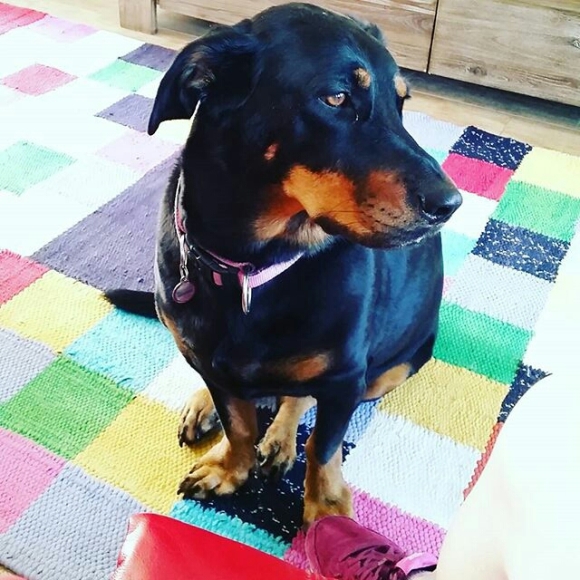 My family is very excited about Little O, this being the first grandchild and all, which is a good thing since my bump has suddenly expanded over the last couple of days. I have also started feeling Little O move. It’s kind of like little bubbles popping, mostly on the right side of the bump. At one point this afternoon it felt like there was a little baby disco going on in there so I can only imagine how lively it’s going to get.

So far we haven’t bought Little O any clothes mostly because I’ve been very nervous about miscarriage but when I caught up with my brother and his partner, Nikki, yesterday they had bought him/her the most adorable little outfits. So now Little O has his/her first ever clothes. Can’t believe how tiny they are!