Anna Kendrick plays Jenny, a young woman who decides to return to her home town of Chicago after splitting up with her boyfriend. She moves in with her brother (Joe Swanberg) and sister-in-law, Kelly (Melanie Lynskey), who have a one-year old named Jude. The intention is for Jenny to help look after Jude and give Kelly some time to work on her novel. Unfortunately she immediately gets off on the wrong foot by getting outrageously drunk while at a house party with her friend, Carson (Lena Dunham) making Kelly question her maturity level. But as the two get closer Kelly starts to draw inspiration from Jenny’s boundless enthusiasm, where Jenny begins to admire the sacrifices that Kelly has made in order to have a family but will it be enough to stop her self-destructive behaviour. While this film is called Happy Christmas and it’s set at the festive season this isn’t really an essential factor to the story, which is more about figuring out what you want from life and how to get yourself there. Both Kendrick and Lynskey give layered performances and I found the story to be very real and identifiable. I feel like I have had some Jenny moments in my past and as a soon-to-be-mom I could really identify with some of Kelly’s fears of losing herself completely to motherhood. Not an awful lot happens, it meanders a bit and the ending is somewhat unsatisfying but I feel like this movie has gotten a much harsher rap than it deserves. Worth a watch if you like any of the actors who star. (3/5) 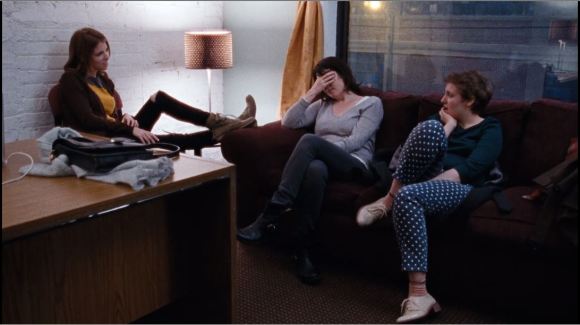 Look, Jenny, I don’t care what you say Magic Mike XXL is not a modern masterpiece

When will I learn my lesson about these composite cross-over narrative stories. There is only one good one (mentioned later in this post) and this certainly isn’t it despite having a somewhat impressive cast. In the lead up to Christmas, divorcee, Rose (Susan Sarandon) takes breaks from her high flying job only to visit her almost catatonic mother in hospital. After a disastrous date with a handsome and much younger colleague she crossed paths with a distraught, Nina (Penelope Cruz) who has found out she is pregnant just as she has left her controlling and jealous cop fiance, Mike (Paul Walker). Mike has problems of his own since he’s being stalked by an elderly man (Alan Arkin) who claims that Mike is the reincarnation of his late wife and if that wasn’t enough there is a mysterious man (Robin Williams) visiting the patient in the room next to Rose’s mother’s and he is surprisingly interested in Rose. This whole thing is just a bag of cliches mixed in with enough weirdness to make it off-putting. I wondered several times what the fuck I was watching especially related to Mike’s story line and (SPOILER for anyone who ignores me and decides to watch this) the fact that Nina goes back to Mike despite his abusive behaviour sends a terrible message. No. Just no. 0/5 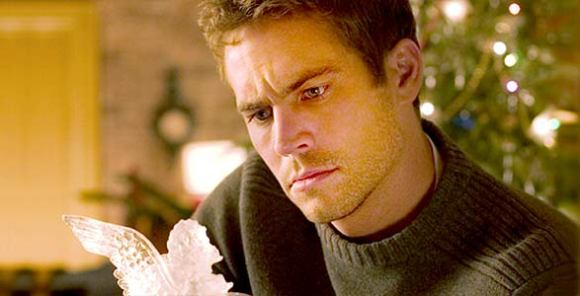 If I stare at it long enough maybe it will melt

And then we come onto Love Actually which is a multi-narrative that actually does work despite its many flaws.In the five weeks leading up to Christmas a group of Londoners cross paths as they discover what love is and what it means in their lives. There’s aging rock star, Billy Mack (Bill Nighy) who has a terrible Christmas single out and spends all his time with his manager (Gregor Fisher), Daniel (Liam Neeson) who along with his stepson (Thomas Brodie-Sangster) is struggling to get over the death of his wife,  The Prime Minister (Hugh Grant) who has eyes for his tea lady (Martine McCutcheon) and several more. I have seen this film countless times over the years and I can even remember going to see it in the theatre when I still lived in South Africa. There are definitely some story lines that work better than others – the one about Colin (Kris Marshall) and the “welcoming” American girls is horrible and Mark’s (Andrew Lincoln) interactions with his best friend’s wife and really creepy. The timeline also seems a bit bonkers for the amount that happens and these must be the richest Londoners in history based on how nice their homes are but overall Love Actually has a lot of heart and humour and enough darkness to stop it from becoming saccharine and what it ultimately triumphs is that love and happiness can arise from the saddest and most devastating moments in someone’s life. Still one of my favourite Christmas films and not just because, like Natalie, I live in the dodgy bit of Wandsworth. 3.5/5

Natalie, we have to talk about the octopus in the room!

Years after they last saw each other three women who were best friends at college are reunited by the suicide of the fourth member of their group (Stockard Channing). Brenda (Bette Midler) is a frumpy housewife whose husband has left her for a much younger gold digger (Sarah Jessica Parker). Elise (Goldie Hawn) is a fading movie star whose producer ex-husband is living off her vast fortune. And Annie (Diane Keaton) lives in hope that her husband is going to come back to her despite the fact that they’ve been separated for ages. As the three start to spend more time together they feed each other’s desire for revenge and form a club with the intention of ruining their exes. While I get the whole idea of not sitting back when you’ve been scorned and this movie had some funny moments a lot of The First Wives Club just didn’t work for me. I found it kind of sad that these strong, interesting women so desperately felt that they needed a man to feel complete that they would lower themselves to the outrageous behaviour that this film depicts. I wanted to see them move on, shake off their exes and have epic lives, not bickering and, especially in Brenda’s case, taking a whole load of shit from a man that wasn’t worthy to lick shit off their shoe. The First Wives Club tries to be about sisterhood but it leaves things far too late and combined with some ridiculous scene chewing from the leads it just hasn’t aged well. My apologies to my flatmate, Neil, who loves this movie and was very excited for me to watch it. I love you but I did not love this film. 1/5 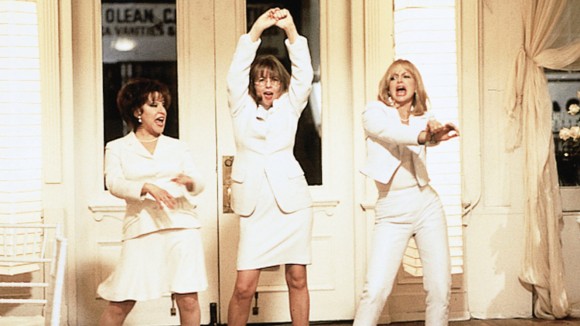 After seventeen glasses of Chardonnay the YMCA gets complicated