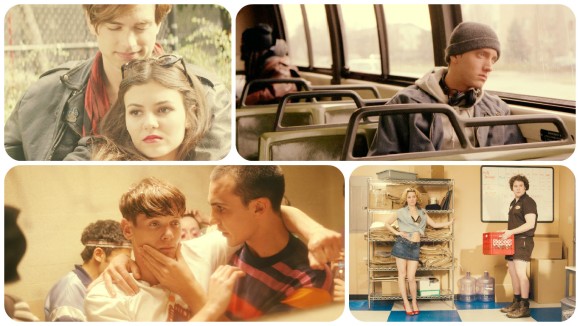 Naomi (Victoria Justice) and her gay best friend, Ely (Pierson Fode) have lived in the same building their whole lives and been inseparable their whole lives. In order to ensure that they never fall out over boys the two of them maintain a “no kiss list” but when Ely develops feelings for Naomi’s sort of boyfriend, Bruce (Ryan Ward), all bets are off and their friendship comes under threat. Essentially Ely is really cool and interesting and Naomi feels left out so she huffs and pouts and gets in the way of him finding love with someone she doesn’t actually give a  crap about, which makes her a bit of a twat. It’s suggested that Naomi is in love with Ely and is punishing him for not returning her feelings. This also makes her a twat. I spent most of the film (when I wasn’t rolling my eyes at it’s wannabe New York hipster schtick) wishing Ely would just figure out Naomi was a millstone around his neck and just ditch her. Left unexplored is Naomi’s relationship with her mother (Maddie Corman) who has taken to her bed and mainlining prescription drugs since Naomi’s dad left her for a lesbian. That probably would have been interesting. Don’t watch this movie. The boys aren’t even very hot. 1/5 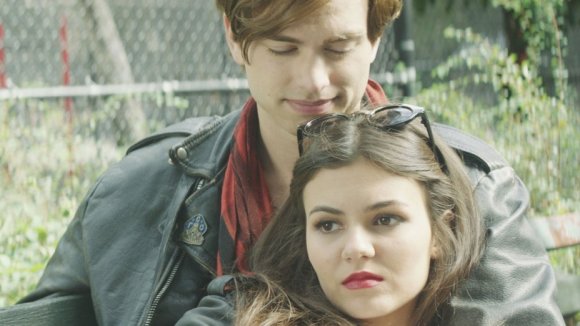 Dylan (Jack O’Connell) and Matt (Henry Lloyd-Hughes) are petty criminals and occasional drug dealers who spend their weekends enjoy the Northern English rave scene. When they decide to put on their own party and actually make money the two realise their could turn their passion into a goldmine. But with illegal raves come dodgy characters, drug problems, police attention and more than a few headaches. Soon the two mates are in way over their heads, Matt’s doing all the work and Dylan is doing all the coke. Weekender features some decent minor British actors as well as the now quite well respected O’Connell who all give passable enough performances but there is nothing new or unique about this very skippable, very predictable coming of age story. Meh. 2/5 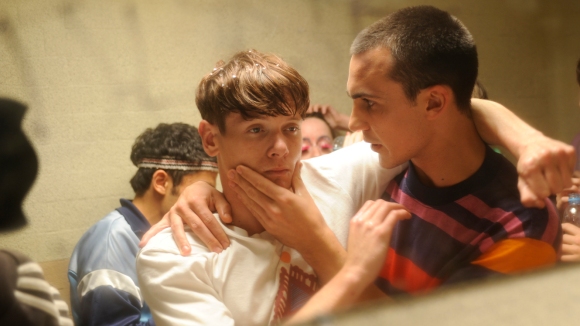 No, there isn’t a giant ferret trapped up your bum. This why I told you not to take all those E’s!

Best friends, Zack (Seth Rogen) and Miri (Elizabeth Banks) have lived together since they finished high school. They drift through life going from one McJob to another barely surviving and regularly facing eviction and their utilities being cut off. After attending their high school reunion and meeting the porn star partner (Justin Long) of a former classmate, Zack comes up with a “genius” idea to rake in the cash and solve their money problems once and for all – they’ll make and distribute a porn movie. The only catch is that the two will have to have sex on camera and they’ve never fancied each other… or have they? I have a confession to make. I am a bit of a Kevin Smith fan… not so much his more recent work but I grew up with several of his 90’s and early 00’s films and loved them. Zack and Miri is by no means one of his worst films but while it has the kind of raunchy, boundary-pushing comedy we’ve come to expect from him it lacks the blistering under layer of social commentary that makes films like Clerks, Chasing Amy and Dogma special. Rogen and Banks are both basically playing extensions of themselves which works and there’s a fun supporting cast including Craig Robinson, Jason Mewes and Traci Lords but ultimately there isn’t much to write home about. Fine for whiling away a weeknight evening. 2.5/5 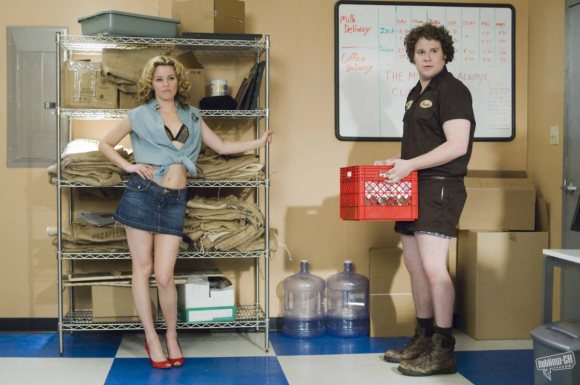 Eminem plays Jimmy ‘B-Rabbit’ Smith a trailer park living Detroit factory worker who is also a promising rapper. With the guidance of his best friend, David ‘Future’ Porter (Mekhi Phifer) he competes in battle raps where he has the unfortunate tendency to choke and struggle to get out his words. If that wasn’t enough of a challenge he faces an ex claiming to be pregnant, a potentially unfaithful girlfriend, friends who are inclined to make terrible decisions, an alcoholic mother who constantly has them on the verge of eviction and a dangerous beef with a rival gang of rappers. As B-Rabbit starts to realise that he’ll have to rely on himself if he’s ever going to make it he’ll have to make a series of decisions that force him to grow up and decide what he wants from his future. 8 Mile isn’t terribly original but it is well-acted, has a banging soundtrack and features a young scene-stealing Anthony Mackie in a supporting role. It can’t hurt that Eminem is playing what is essentially an autobiographical role but he makes B-Rabbit believable while equally sympathetic and frustrating. A nostalgic watch that reminded me of being twenty-one again. 3/5 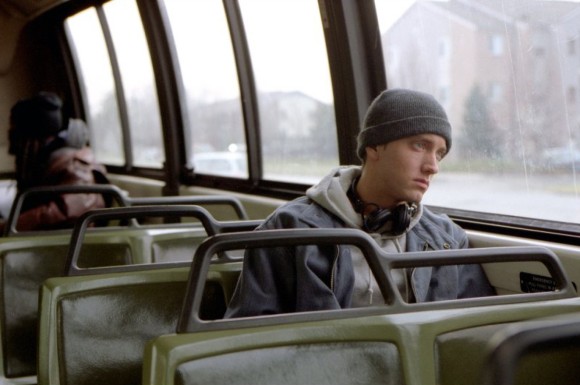 Once again trapped on the 57 bus, B-Rabbit wished he had sprung for the tube fare