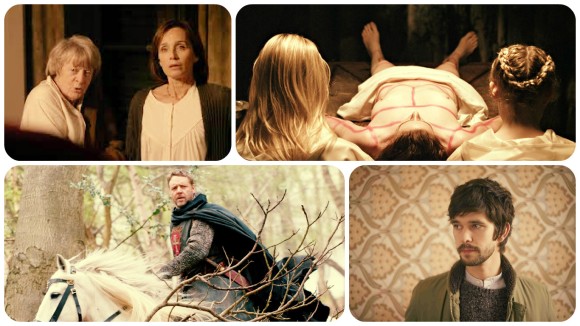 After the tragic and unexpected death of his partner, Kai (Andrew Leung), Richard (Ben Whishaw) attempts to connect with Kai’s mother, Junn (Pei-Pei Cheng) who is living in a care home. Junn, who speaks next to no English is unaware of Kai’s sexuality and believes that his “friend”, Richard is the reason she was not able to live with Kai. In an attempt to warm Junn up to the idea of living with him and of sharing the truth about his life with Kai, Richard hires a translator (Naomi Christie). His intention is not only to help him communicate with Junn but also to help her communicate with her English boyfriend (Alan). But Richard is not prepared to deal with the complexity of his own grief at the same time as Junn’s and for every step he takes forward two are taken back. This affecting drama is absolutely beautiful to look at with starkness of its emotions reflected in its wintery pallet. Both Whishaw and Cheng give outstanding performances and while this is a compact story it is engrossing. A touching study on grief, the secrets we keep from each other and the nature of obligation. Highly recommended. 4/5

Richard spent the contemplating the meaning of life… but also wallpaper

The Parker family live deep in the woods and keep themselves to themselves. What their neighbours don’t know is once a year they perform a dark and disturbing ritual that they’ve been carrying down generation after generation. When their mother dies, daughters Rose (Julia Garner) and Iris (Ambyr Childers) realise they will need to take over from her, something they’re definitely not ready for. At the same time Doc Barrow (Michael Parks) has convinced a local deputy (Wyatt Russell) that the unexplained disappearance of his daughter may be connected not only to a series of other disappearances but also to the Parkers. There is no doubt that We Are What We Are is a very strange film with a very strange and somewhat unlikely premise, however I really enjoyed it. It’s gruesome, dark, well acted and beautifully shot and both the visuals and the score are excellent for creating an atmosphere of foreboding. I liked the device of the old diary being used to unravel the family’s terrible secret and I also liked how the sisters growing up meant they started questioning where their loyalties lay. One of the few good horror movies I have seen this year. 4/5

When Mathias Gold (Kevin Kline) inherits a Paris apartment from his estranged father all he is hoping to do is sell it fast and make a profit since he’s completely broke. What he wasn’t banking on was the the apartment would come with an elderly tenant named Mathilde (Maggie Smith) to whom he’d have to pay rent. And if that wasn’t enough her spiky daughter, Chloe (Kristin Scott Thomas) is also in residence. As Mathias tries to oust mother and daughter while dealing with his own conflicted feelings towards his father he learns more and more about Mathilde’s relationship with his father and how this affected his parents’ marriage as well as Mathilde. At the same time he finds himself equally drawn to and repelled by Chloe. I guess this is a pretty intense take on how parents can fuck up their children and at what point you have to start taking responsibility for you own actions. On the other hand it was billed as a comedy and there is nothing funny about it. With that expectation taking on this rather heavy, slow-paced film full of unlikable characters is a bit of a bummer no matter how awesome Maggie Smith is. 2/5 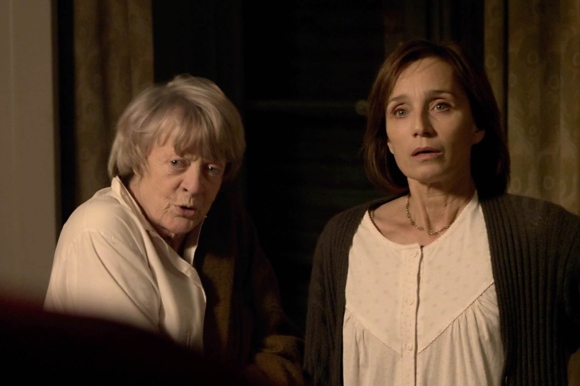 What do you mean that matching mother-daughter nighties are not de rigeur?

I feel like I should mention straight off the bat that this movie is really kind of like a Robin Hood origins story, which I did not know when I started watching it. And so I spent almost two and a half hours wondering when the hell the bit about the stealing from the rich and giving to the poor was going to happen. I think maybe if I had have known that I would have been less disappointed with this but then I can’t stand Russell Crowe who was playing the eponymous hero so who knows. Anyway English sort of history, Prince John – massive douche, starving peasants, the French, Mark Strong, lots of arrows and obviously Mark Addy playing Friar Tuck. I can’t really tell you what was going on because I got mega bored and lost interest. 1/5

I’m on a horse