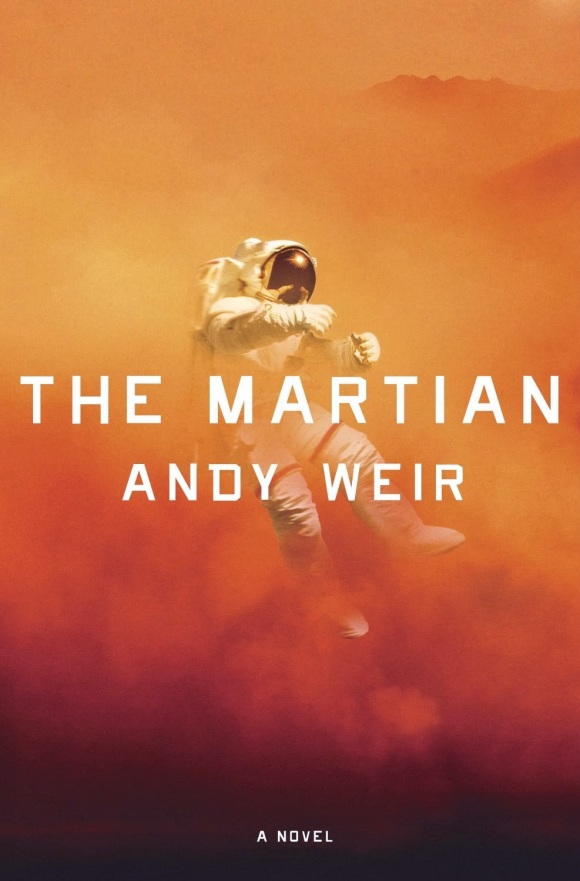 This book was recommended to me by my friend, Rob. Rob is married to Jen who is a member of my infamous book club. Along with Mr O and Tal (who is Carrie’s boyfriend) he is one of the book club BAHs (boyfriends and husbands) who all secretly wish they were allowed to join book club.

In the near future, botanist and engineer Mark Watney is a key member of the crew of a NASA mission to Mars. When a storm strikes the mission’s landing site Mark is injured and presumed dead forcing the crew to evacuate and leave him behind. Fortunately/unfortunately Mark isn’t dead but by the time he makes it back to the Hab (the crew’s Mars-based living quarters) it’s too late.

Now Mark will have to find a way to survive in an environment completely unfit for human habitation – very limited food, no atmosphere, dust storms, equipment that wasn’t meant to last longer than the mission and a complete and crippling lack of human interaction.

At the same time NASA has come to the horrifying realisation that Mark is alive, he’s been left behind and the world is watching. They’ll have to come together with the last people they imagined to mount probably the most complex and expensive rescue in history with only a marginal chance of succeeding.

The biggest strength of The Martian is definitely Mark Watney as a character. The majority of the story is told through his mission logs so you feel like you are inside his heard for most of the novel. It could be a bleak, grim experience but Mark is an upbeat, fun-loving and resourceful man with a great sense of humour and a powerful will to live. It’s almost impossible not to like him or root for him. Weir does an excellent job of getting the reader invested in his main character which makes Mark’s plan and attempt to survive a nail-biting roller coaster ride of a read. At the same time the plotting and planning going on at NASA is also really entertaining and the typical big organisation shenanigans they go through are all too familiar.

I have to admit that it’s very, very sciency and I often struggled to follow a lot of what Mark was actually doing in order to save himself. It doesn’t distract from the enjoyment of the story but I do feel like I would have enjoyed it even more if my tiny brain could wrap itself around more of his epic plans.

The Martian has been developed into a major motion picture starring Matt Damon which comes out in October this year. Based on the trailer it looks like they’ve Hollywood-ed the shit out of it so I would recommend checking out the book before watching the film. [WARNING: The trailer contains what I would consider to be major SPOILERS]. Whether the film appeals or not this is a good, fast-paced science fiction read. which anyone who believes in the triumph of the human spirit will enjoy and will make you want to do this over and over again. 3.5/5