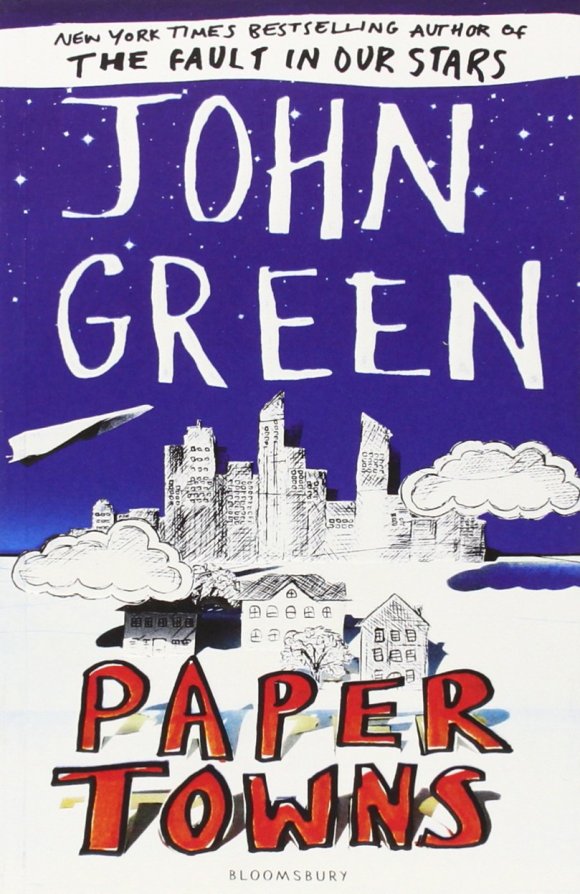 I decided to read Paper Towns because I saw the film trailer and thought it looked kind of intriguing. Despite being in my thirty-fifth year of existence I have always enjoyed a bit of Young Adult fiction as well as the occasional teen movie so the premise seemed like it had some merits. Generally when it comes to film adaptations I quite like to have read the book in advance so I thought why not check it out? I will be upfront and say that I didn’t like The Fault in Our Stars, which is by the same author, one bit but I don’t think you can judge an author by just one book so I decided not to let it put me off.

Quentin has lived next door to Margo Roth Spiegelman his whole life. While Quentin is a bit of a nobody Margo is the queen of their highschool. Beautiful, popular and achingly cool, she is the centre of all of Quentin’s day dreams despite the fact that they have barely spoken since they were children. A few weeks before their finals Margo appears at Quentin’s window one night and takes him on a crazy adventure before depositing him back home in the early hours of the morning. He believes this will be a turning point in their relationship but in the morning Margo has vanished… and not for the first time.

Quentin soon starts to believe that Margo has left him a series of clues and that she wants him to come and find her, dead or a live. But who is Margo really? Does Quentin really know her at all? Together with his friends he’ll have to go on a journey that will make him question everything he believes about life, himself and what the future has in store for him.

I’m not going to beat around the bush here. I didn’t like this anymore than The Fault in Our Stars. Maybe it’s because I’m almost twenty years older than any of the characters and I can’t appreciate the struggles of growing up anymore but I found them all painfully annoying. I couldn’t see why Quentin was so fascinated with Margo or why Margo was so destructive or why Quentin was such a complete bore. Throughout the book it felt like Green was trying to be quirky and hip for the sake of it which just came across as a bit desperate and sad to me. I just wanted everyone to get over themselves. And the subplot where Margo’s uber-popular friend, Lacey falls for Quentin’s dorky friend who refers to women as “honeybunnies” was the worst kind of wish fulfillment nonsense.

There were some things I liked though. Well one thing really. I thought the final road trip the group went on was really fun and funny but everything else leading up to it was really tedious.

I think I need to accept that John Green probably isn’t for me. Something I maybe should have accepted based on my age anyway. Hopefully like The Fault in Our Stars the movie will be a lot better than the book.