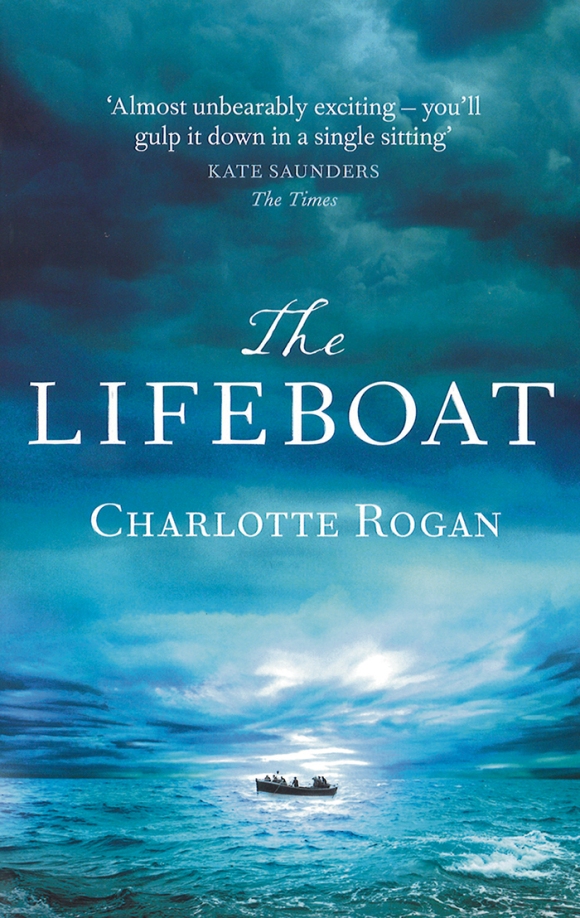 You would think after Moby Dick I would be avoiding books set at sea but our latest book club assignment had me right back in the ocean.

This time I was reading about Grace Winter a twenty-two year old woman who is one of a handful of survivors following the sinking of The Princess Alexandra. Grace is on trial along with two of her fellow survivors for an unspecified crime that occurred during the twenty-one days they were trapped on a lifeboat.

Grace was en route to New York from London with her husband, Henry to meet his family when a mysterious explosion cause their ocean liner to sink. At the last minute Henry puts Grace onto a boat in the hands of a sailor named Hardy. The boat is hopelessly over full and as the days go past with no sign of rescue things on the boat become more and more fraught until something terrible happens – something that might land Grace in prison for the rest of her life.

The Lifeboat has some real strengths. Grace is a very interesting character and the absolute epitome of an unreliable narrator. She constantly contradicts herself and tells and retells the story to her advantage, conveniently forgetting details when it suits her not only in the boat but also while standing trial. As the happenings of the boat unfold concurrently with the trial it becomes evident that one of the major themes of the novel is survival and what someone will do in order to survive.

Grace is has spent her life surviving and as she explains how she met and married Henry it becomes very evident that she’ll do whatever it takes to get what she wants and she has no trouble justifying it to herself. For those on the boat the difference between surviving and succumbing all comes down to the will and willingness to survive rather than any physical strength.

Rogan also does a good job of describing the desperation on the lifeboat as well as the horrible conditions the survivors have to endure and it’s a quick and easy read.

The other characters are less well developed though and even Hardy, who takes a leadership role on the boat and Mrs Grant, who wants to take control are two dimensional at best. The ending is also quite flat and when you turn the final page or make the last Kindle button flip you do kind of wonder what the whole point was.

There are also several storylines that are just abandoned without being resolved. It’s hinted that Grace is physically attracted to one of the other female occupants of the boat but it goes nowhere along with some supposition that Hardy is hiding something valuable that Henry gave him in exchange for putting Grace on the boat.