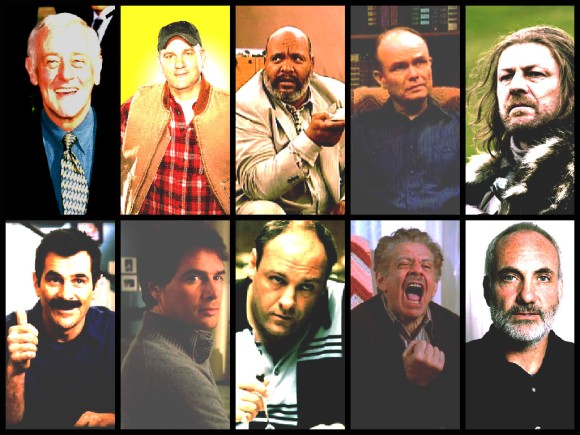 Last month we had great TV moms in honour of mother’s day so of course today we’re honouring all the amazing dads out there on father’s day with a post about great TV dads. I am lucky to have two awesome dads in my life – my own father, Jules and my father-in-law, Alan who are both great role models while also being an enormous amount of fun. Happy father’s day to both of you and all the other great dads out there.

[MILD GOT SPOILER ALERT]: When I was preparing this list I initially had Stannis Baratheon on it. Last Monday I had to very quickly edit that for obvious reasons.

Burt Hummel
Played by: Mike O’Malley
Show: Glee (2009 – 2015)
Dad to: Kurt
Special dad skills: Understanding, overcoming his own prejudices… the Single Ladies dance
“Kurt Hummel: Dad. I have something that I want to say. I’m glad that you’re proud of me. But I don’t want to lie anymore. Being a part of the Glee Club and football has really shown me that I can be anything, and what I am, is, I’m gay.
Burt Hummel: I know.
Kurt Hummel: Really?
Burt Hummel: I’ve known since you were three. All you wanted for your birthday was a pair of sensible heels. I guess I’m not totally in love with the idea, but, if that’s who you are, there’s nothing I can do about it. And I love you just as much. Ok?
[They hug]
Burt Hummel: Thanks for telling me Kurt.
[He starts to go]
Burt Hummel: You sure, right?
Kurt Hummel: Yeah Dad, I’m sure.
Burt Hummel: I’m just checking.” 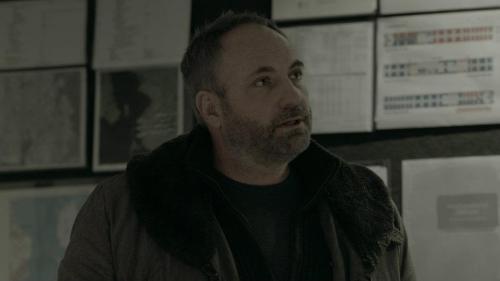 Martin Rohde
Played by: Kim Bodnia
Show: The Bridge (2011 – )
Father to: August and four others whose names I honestly can’t find
Special dad skills: Fighting for his kids, detective skills

Marty Crane
Played by: John Mahoney
Show: Frasier (1993 – 2004)
Dad to: Frasier and Niles
Special dad skills: Delivering earthy wisdom, bringing his sons down to earth
“Frasier: My study? You expect me to give up my study, the place where I read, where I do my most profound thinking?
Martin: Ah, use the can like the rest of the world!”

Phil Dunphy
Played by: Ty Burrell
Show: Modern Family (2009 – )
Dad to: Hayley, Alex and Luke
Special dad skills: Finding the fun in everything, making up weird sayings
“Luke Dunphy: [after Alex spills sugar on the floor] I’ll eat it for a dollar.
Phil Dunphy: Luke, what have I told you about doing things for money?
Luke Dunphy: If you charge more, they’ll think you’re worth it.
Phil Dunphy: Right. That’s worth at least five.”

Red Forman
Played by: Kurtwood Smith
Show: That 70’s Show (1998 – 2006)
Dad to: Laurie and Eric
Special dad skills: Appearing to be a total hardass but actually always being there for his kids
“Reginald “Red” Forman: What the hell is wrong with you? Why are you always so damn nervous?
Eric Forman: Oh, hmm, I don’t know, maybe it’s because you’ve been yelling at me for seventeen years?”

Philip Banks
Played by: James Avery
Show: The Fresh Prince of Bel Air (1990 – 1996)
Dad to: Carlton, Hilary, Ashley and Nicky
Special dad skills: Accepting others into his family, being inspiring, encouraging his kids to do great things
“Will: I’m a joker. I play around. I have fun.
Phillip Banks: Mm-hmm. Being a joker’s what’s gotten you into trouble. You may think it’s cool to be on the streets when you’re 17, but when you’re my age, it’s a waste.
Will: I-I can’t think that far ahead.
Phillip Banks: That’s your problem. You can’t take anything seriously.
Will: Hey look, man, I don’t have the problem, all right. YOU have the problem. I remind you of who you are and what you used to be. Now I don’t know, somewhere between Princeton and the office, you got soft. You forgot who you are and where you came from.
Phillip Banks: You think you’re so wise.
[Will looks away from Phillip]
Phillip Banks: Look at me when I’m talking to you. Let me tell you something, son. I grew up on the streets just like you. I encountered bigotry you could not imagine. Now you have a nice poster of Malcolm X on your wall. I heard the brother speak. I read every word he wrote. Believe me, I KNOW where I come from!
Will: You actually heard Malcolm speak?
Phillip Banks: That’s right. So before you criticize someone, you find out what he’s all about.”