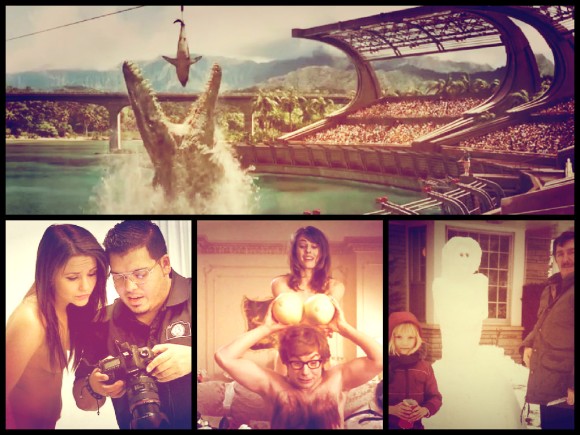 Twenty-two years after the fateful incidents of Jurassic Park, Isla Nublar is operating as a functioning dinosaur attraction with an array of exciting interactive exhibits. The park is run by Claire (Bryce Dallas Howard), a no-nonsense businesswoman whose core focus is on efficiency, profitability and pleasing shareholders. Claire has become concerned that the Jurassic World is becoming stagnant and a bit old hat with visitors no-longer wow-ed by dinosaurs in the way that they used to be, which has lead to her overseeing the development of a new genetically engineered dinosaur called the indominous rex guaranteed to scare the shit out of children and adults alike. On the same day the park CEO (Irrfan Khan) comes to inspect the new creation, Claire’s nephews Zach (Nick Robinson) and Gray (Ty Simpkins) are also visiting the park. They’re supposed to be under Claire’s care but she’s got way too much going on, especially since there are concerns that the indominous rex’s paddock is not as secure as it looks. This is where raptor handler, Owen (Chris Pratt) comes in. He’s good with animals that like to attempt to escape and he’s called in to inspect the new attraction’s habitat. Messing with nature is never a good idea, so to absolutely no one in the audience’s surprise, the indominous gets out and wrecks havoc. Claire and Owen find themselves in a race against time to save not only the park visitors and other animals on the island but also to find Zach and Gray who have gone AWOL. And it doesn’t help that military man, Hoskins (a worryingly portly Vincent D’Onofrio) wants them to set the raptors loose as part of a military experiment. Basically there are almost zero surprises in Jurassic World. It’s a series of pretty predictable set pieces one after the other. Is that a bad thing? Not really. The film looks amazing and has enough visual wow moments to keep you sucked in. I was particularly impressed with the mosasaurus (Mr O says we can’t get one as a pet because our flat is too small and they aren’t real) and the raptors. Most of the characters are perfectly serviceable with Chris Pratt’s Owen as a charming standout. The kids are a bit annoying but I quite liked Claire even though her desire to hang onto her high heels was laughable and unsafe. There are some strong themes about corporate greed which elevate the material above just being a monster movie and adds another layer. A whole load of dino fun! 3.5/5

Mosasaurus… will it fit in our bath?

Produced by Rashida Jones this documentary looks at a growing part of the porn world centered on young amateurs who enter the sex industry as a way of escaping the drudgery of their lives. Lured by the opportunity to travel, make fast money seemingly easily the girls trade the only asset they think they have rather than facing a life of student debt and McJobs. But the shelf-life of a new face/foof is extremely limited and the girls find themselves having to do ever more degrading acts in order to make the same kind of money they did when their newness was enough to draw in the punters. The girls vary in their level of naivety, with some operating as shrewd “businesswomen” managing their “product”,  while others seem to think that doing porn isn’t going to affect their relationships. I think what this documentary wanted to do was show how trapped many young women feel in a society where they are valued for little more than their bodies and how little they value themselves but it’s presented in such a simplistic manner and with such a predictable outcome that it doesn’t have the impact it could have. I was also interested in seeing more of the handlers who scout the girls and essentially exploit them but this was mostly glossed over. Average. 2.5/5 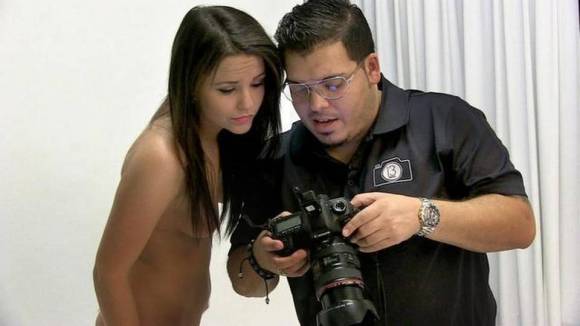 I have extremely warm memories of this film, which came out when I was about sixteen years old. It’s not a big secret that I am not a big Bond fan, mostly because my Oupa’s great way of “bonding” (see what I did there?) with his grandchildren was to sit us down in front of the TV and make us watch hours of 007 movies one after the other… I swear one holiday we all had to watch From Russia with Love about seventeen times. Then there’s also the ridiculous treatment of female characters but I have neither the time nor the inclination to rabbit on about that for half an hour. Anyway I loved this film when it came out because it ripped the piss out of all the ridiculous Bond tropes that I hated – the elaborate deaths, the bizarre villains and moronic henchmen – and starred my favourite comedian of the time, Mike Myers. Unfortunately Myers’ career has not stood the test of time but, from my perspective at least, the first Austin Powers film has. I still found Austin’s fish out of water antics as a spy cryogenically frozen in the  swinging 60’s to return in the po-faced 90’s really funny. And Myers’ is even more hilarious playing his equally confused arch-enemy Dr Evil. Mr O and I were rolling on the floor at his description of his childhood while in group therapy. There are some fabulous supporting characters in Frau Farbissina (Mindy Sterling) and Number 2 (Robert Wagner) but unfortunately Liz Hurley is as crap as ever playing Austin’s love interest, Vanessa Kensington. Overall it’s a very silly film and if you didn’t originally see it in the 90’s or grow up in the 90’s you might not get all of the pop culture references or find it as funny as we did but as nostalgic comedies go, Austin Powers still cracks me up. 3.5/5

Vanessa had a cracking set of melons

Stories We Tell is a documentary by Canadian actress, Sarah Polley that attempts to describe the story of her family and the unusual circumstances around her birth and parentage by combining home videos and interviews into a slowly unfolding non-linear narrative. The Polley family’s story is compelling, not because it is particularly dramatic but more because it paints such rich character portraits. The essence of the documentary is actually an examination of how we tell stories and construct our truths. Every person that helps Sarah tell her story has a somewhat different perspective and at one point her father mentions that she has the ability to edit the footage in whatever way she wants, potentially changing the way it is spelled out completely. There are several occasions where she splices one person’s memories with another’s demonstrating that their recollection of the “facts” is completely different.  [SPOILER ALERT] This is further evidenced when close to the end of the film Sarah reveals that what the audience has believed were home movies up until that point are actually elaborate reconstructions based on various people’s memories. The timing of this revelation is particularly significant in demonstrating that the concept of “truth” is one that is largely constructed in our minds and that the possibility that there are several truths is very real. Stories We Tell gave me a lot of food for thought as in my family there is quite a rich tradition of storytelling and I have often gotten different versions of a familiar family tale depending on who was telling it. I would highly recommend checking it out whether for the face value story or the more in-depth themes as both are fascinating. 4/5

Mrs Polley needed to urgently get some sun