Despite being top of her class CA agent, Susan Cooper (Melissa McCarthy) has found herself working in the basement providing intel to agents rather than working in the field herself. When Bradley Fine (Jude Law), the agent Susan works most closely with is killed while tracking a stolen nuclear bomb, the agency discovers that every one of their lead agents has been compromised. The bomb is still at large and in the hands of Rayna Boyanov (Rose Byrne) so there’s only one person left to send in… Susan. Despite her initial reservations Susan agrees to a track and report mission but it’s not long before she finds herself in way over her head and in need of all her training. Spy could easily have descended into two hours of fat jokes but instead of poking fun at McCarthy it allows her to kick ass in a relatively realistic manner while also highlighting the invisibility of women who are not considered conventionally attractive. Susan is a great character, sweet and lovable but with a feisty core that’s just waiting to find its way out. There are also some great supporting characters. Rose Byrne is hilarious as the outrageously blunt and spoiled Rayna and Peter Serafinowicz is a hoot as a lairy Italian agent who really likes boobs. I wasn’t completely sure about Jason Statham playing a caricature of himself – a rogue agent whose outrageous claims are topped only by his ability to screw up every situation he’s in. Spy is a pretty over the top silly movie but even in that context he’s just too much. If you’re looking for a fun Saturday afternoon movie you could do a lot worse. 3/5 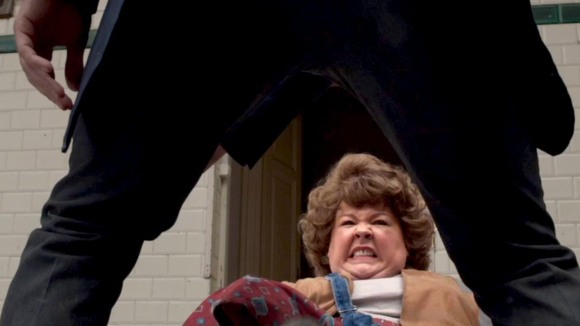 On one fateful night Coney Island gang, The Warriors travel to Brooklyn for a weapon-free meeting of all the gangs lead by Cyrus (Roger Hill). Cyrus gives a rousing speech encouraging the gangs to come together, stop fighting amongst themselves and take over the city but before he can finish he is shot… and The Warriors are unfairly blamed. Now they must make their way across the city with not only their rival gangs in pursuit but also the police. When you never leave Coney Island New York City can be a very dangerous place especially when you don’t have any weapons.. I can totally see why this has become a cult classic. The design of all of the different gangs is weird and cool and fascinating and you can’t help but kind of wondering which gang you would join. I loved the fact that the film was obviously filmed in the 70’s it could easily have been futuristic or dystopian and there’s an undercurrent of the gangs living amongst everyday people in a world of their own. This is especially evident in their encounter with some teenagers on the subway on their way home from a school dance. They’re the same age but their worlds are so different that they have nothing in common. While the members of The Warriors are relatively generic, there’s enough character development, particularly of leader, Swan (Michael Beck) and Mercy (Deborah Van Valkenburgh), a girl they pick up along the way, to help you engage. There are some issues with how female characters are treated but for the most part when male characters treat females badly they are punished, which helps to keep balance. There’s a fair bit of violence but it’s more demonstrative of how real the rivalries are between the gangs than gratuitous. I’ve been dying to watch this since Table 9 Mutant reviewed it and I was not disappointed. Definitely worth checking out especially since it’s on UK Netflix at the moment. 4/5

They see us rollin’…

Three guys and a girl who all work crappy jobs with antisocial hours meet up in the same cafe night after night to talk about their lives. Vincent (James Lance) sleeps with woman after woman but never connects with any of them. Lenny (Enzo Cilenti) obsesses over his call centre co-worker but is too afraid to talk to her because he has porn reactions. Jody (Kate Ashfield) is afraid to tell the others that she’s actually lost her job. And Sean (Luke de Woolfson) hasn’t seen his girlfriend (Heike Makatsch) in three weeks following an argument that has resulted in them serially avoiding each other. As their lives start to criss-cross outside the confines of the cafe they have to try and figure out what it’s all for. This is a big favourite of Mr O’s from his late teens but I’m not sure the introspective early millennium thing really worked for me. The whole thing just seemed a bit pointless. There’s loads of dialogue, which is sometimes interesting and sometimes a bit too self-conscious along with an array of ridiculous coincidences which drive the narrative. I guess it probably just hasn’t aged well. I loved the road trip where the radio is stuck on power ballads but there just wasn’t enough to keep me engaged. 2/5

Remember the good old days when you could smoke in the supermarket?

Bradley Cooper plays Rory Jansen, an aspiring author who lives in New York with his wife, Dora (Zoe Saldana). Rory has big dreams but he has little success selling his novel. On their honeymoon in Paris, Dora buys Rory an old satchel in which he finds a hand-written manuscript. He is so blown away by the incredible love story that he decides to type it up and pass it off as his own. The book is an overnight success and Rory becomes the toast of the literary world but when he meets the old man (Jeremy Irons) who wrote the story things start to fall apart. This is really three interwoven stories since Rory’s story is presented as part of a reading by author, Clay Hammond (Dennis Quaid) of his new novel. And when Rory meets the old man he relays his life story to Rory explaining what inspired his manuscript and how he lost it. All three stories are compelling with rich characters and once again Cooper gives a great performance as does Irons. Underneath it all all three stories are about what a person can live with and accept and how we deal with loss. The relationship between Rory and Dora was charming as was that of the old man in his youth (Ben Barnes) and his wife, Celia (Nora Arnezeder). I’m not sure why this film seems to have totally slipped through the cracks because it’s really pretty good and beautifully shot, particularly the parts set in Paris. I would especially recommend it to anyone who has ever had writerly aspirations because its an interesting exploration into the sacrifices you have to make in order to succeed. 3.5/5 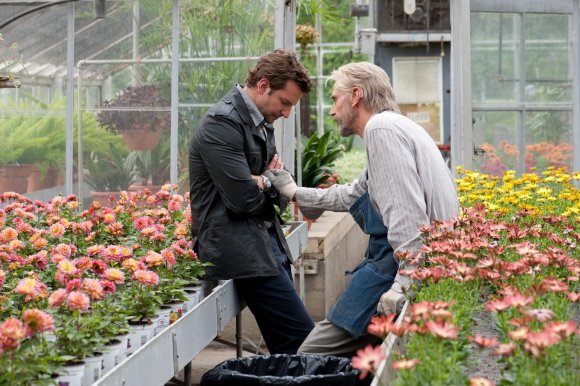 Look, mate, there will be other greenhouses but this one is mine