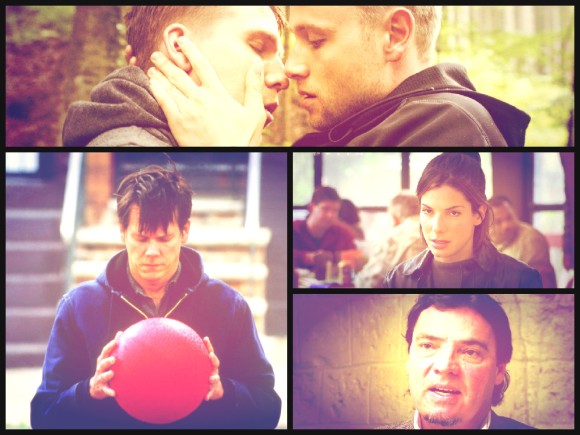 When promising police officer, Marc (Hanno Koffler) shares a room with Kay (Max Riemolt) at training camp there is an instant sexual tension between the two of them. Kay quickly makes his intentions known but Marc puts up a good show of resistance before eventually succumbing. What Kay doesn’t realise is that Marc has a picture perfect life back at home. He and his heavily pregnant girlfriend, Bettina (Katharina Schüttler) have just moved in next door to his parents and their future seems bright. Although Marc loves Bettina he cannot deny or suppress his feelings for Kay, throwing his life into free fall. When it comes to Hollywood dramas, particularly romantic ones the morality of the story is generally depicted in a very black and white way. There are good guys and bad guys and injurers and injured parties. This is what I don’t like about them. What makes this German drama so compelling is that how we are supposed to feel about the characters is completely up for interpretation. Marc obviously loves Bettina and their relationship before Kay’s arrival is happy and passionate with his desire to be a good father and a good son evident. On the other hand he is clearly suppressing an element of his identity which is brought out through being with Kay and it’s a free joyful side to him that it seems wrong to ignore. And while Kay is the subject of Marc’s infidelity he is as much the injured party as Bettina, deeply in love with a man he can never completely have. As this love triangle unfolds its hard not to be overtaken by a sickening feeling that there is no ending that leaves everyone or anyone happy, which adds to how absorbing it is. Both Koffler and Riemolt are excellent, throwing themselves completely committing to their roles and Schüttler is able to make Bettina sympathetic without ever becoming a victim. Highly recommended but be warned there are very graphic sex scenes. 4/5

I think there’s something in your eye

This documentary explores the modern “Mail Order Bride” industry where agencies assist Western men in their quest to find international women who are looking for wives. Following a group of mostly American men who have failed when it comes to finding a relationship with a local woman Love Me first exposes us to their hopes and dreams before accompanying them on a “romance” holiday to the Ukraine where the men attend socials packed with available girls. Connections are made and as the men return home they begin to plan their futures with potential new brides. At the same time Michael, a South African living in Australia, becomes engaged to his long term Ukrainian pen pal despite the his suspicions that things are not quite what they seem. Even as I am writing this review I am finding it hard to explain the emotional roller coaster of fucked-upness that this documentary took me on. First of all the guys are all weird, which isn’t probably that much of a surprise and you feel for them because everyone deserves love even if they spend the majority of their time playing games with a virtual reality headset in their mom’s basement. At the same time the fact that they are pretty set on only being interested in super-hot women who will cook and clean up after them is extremely off-putting and the way they believe they have an instant connection with women they can barely communicate with based purely on looks is gross. Then there are the women, whose motivations vary between being obviously manipulative and horribly naive, who are trading themselves as a commodity. And finally there’s the middle men who are making money hand over fist by exploiting the loneliness and desperation of all parties involved. All of that said it’s hard to be completely cynical since by the end of the film [MINOR SPOILER] there’s been two weddings and a baby. It all just proves that you can never tell who is being real and who is acting unless you were actually able to read someone’s thoughts. A truly fascinating if not disturbing watch. 4/5 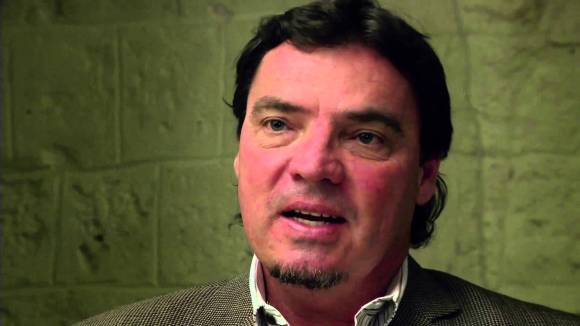 Of course a twenty-two year old Ukrainian supermodel would instantly fall for me. What’s suspicious about that?

Sandra Bullock plays Gwen Cummings a newspaper columnist who loves nothing more than getting wrecked. When her drunken behaviour ruins her sister’s wedding she steals a limo, crashes it and is sentenced to 28 days of court ordered rehabilitation. Initially Gwen has zero intention of participating in group therapy, activities or chores. She feels like she has nothing in common with the other residents in her facility nor does she actually believe she has a problem. When she injures herself falling out of a tree while trying to retrieve contraband Vicodin, Gwen is faced with the reality of being kicked out and going to prison and has to reconsider her options. As she bonds with her young self-harming, heroin addict roommate (Azura Skye) and connects with a disgraced footballer (Viggo Mortensen) her life starts to take on new meaning. I have mixed feelings about 28 Days. I always find Sandra Bullock charming and even though Gwen is a bit of a dick, she”s still someone you can root for. I also thought Steve Buscemi was excellent as the facility director, but then when is he ever bad in anything. That said it’s all very, very predictable and the message of the story is delivered with a sledgehammer where subtlety would have been more effective. I also thought Gwen’s story line with Mortensen’s Eddie Boone was completely unnecessary and I couldn’t figure out why Alan Tudyk’s character had to be German (??). I have no problem with Germans but it seemed like an odd choice. Watchable but forgettable.3/5 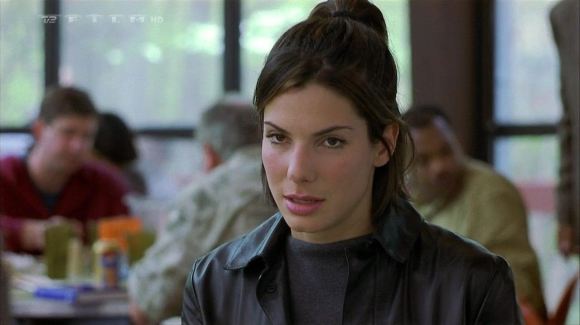 After serving twelve years in prison for abusing young girls, Walter (Kevin Bacon) is released from prison and attempts to return to his former community and start a new life. He finds a job, reconnects with his brother in-law (Benjamin Bratt) and actually starts dating a colleague (Kyra Sedgewick). But putting the past behind you is not as easy as it looks and Walter soon comes up against not only his own suppressed desires but also the concerns of his coworkers who have learned his secret and constant visits from a local detective (Mos Def) who suspects he may be involved in the recent disappearance of a young girl. While I think exploring the potential of a paedophile to recover and have a normal life is a very interesting topic for a film and Bacon gives a compelling performance, this film was so relentlessly depressing and dark that I found it really hard to get into. It’s definitely not one that I would watch again, nor is it something I would suggest that anyone would “enjoy” so to speak. 3/5