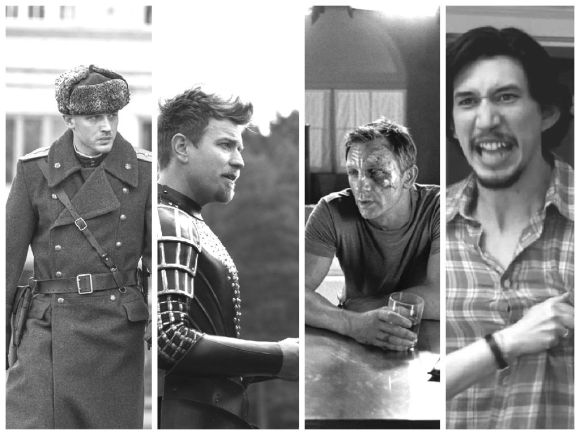 After being adopted by a military officer (Mark Lewis Jones) as a child Leo Demidov (Tom Hardy) joins the Russian army and becomes a WII hero mostly by being in the right place at the right time. This brings him a good life as a high ranking member of the MGB with a beautiful wife named Raisa (Noomi Rapace) and a spacious Moscow apartment. When Leo’s best friend Alexei’s (Fares Fares) son is killed Alexei suspects murder but it falls on Leo to give him the official party line that the boy was killed in an accident. After all murder is something born of Western decadence and not possible in the worker’s paradise of Soviet Russia. Leo himself is not convinced though and starts investigations. Soon after this Raisa is named as a potential traitor and Leo is pushed to denounce her despite there being no evidence to support the accusation. He refuses and the two are decamped to the remote town of Volsk where a child has died under suspicious circumstances very similar to those of Alexei’s son. With the help of his commanding officer, General Mikhail Nesterov (Gary Oldman) and Raisa, Leo continues his investigations but this doesn’t go unnoticed by his old rival and colleague, Vasili (Joel Kinnaman) and soon all their lives are at risk. I really wanted to like Child 44 but it had so many issues. Firstly the Russian accents are a bit of a disaster area and the lack of consistency is very distracting. Secondly I love Tom Hardy but his performance is a bit all over the shop and varies between wildly overacting and appearing to be barely awake. Thirdly there are two very interesting stories on the go here – the control and duplicitousness of the Soviet State and its secret police and the effect on its people and the serial child murder case. One feels like in a novel both of these story lines would have had room to breathe but even with a 137 minute running time everything feels a bit rushed and sudden and there is not enough care put into exploring the killer or his motivations. Finally the cuts around the fights were so fast and close that it was almost impossible to tell what was going on. While I think Child 44 is worth a watch if I were you I’d hang on for Netflix. Disappointing. 3/5

They see me rolling… I’m Russian…

When Jack (Nicholas Hoult) exchanges his family horse for a handful of beans given to him by a monk, he discovers that the legends he grew up with about giants that live in the sky were more than just legends. The combination of some unexpected rain and and the aforementioned beans leads to a massive beanstalk shooting up through his house and the princess (Eleanor Tomlinson) of the realm being thrown into peril. Jack sets off with a part of knights, including Elmont (Ewan McGregor) and Crawe (Eddie Marsan) to rescue her but he’ll have to face off some pretty scary giants to do so. And it doesn’t help that the princess’ fiance (Stanley Tucci) is up to no good. I can’t explain why I thought I might enjoy this film. Possibly it’s because I was on a long haul flight and the cast looked pretty good. Anyway, as badly scripted, uninventive CGI-fests go this isn’t the worst one ever made but if you never watch it you will miss out on absolutely nothing except Ewan McGregor obviously feeling ashamed of his choices and two young people falling in love ostensibly because they are both pretty and physically present. Best for under tens. 2/5

When it comes to being a drug dealer Daniel Craig’s unnamed character (nicknamed XXXX) isn’t just any drug dealer. He’s more an am M&S drug dealer. He wears beautiful designer clothes, he lives in a swanky central London apartment, he drives a great car and he eats and drinks in the best restaurants. He’s also been really good at keeping his enterprise looking respectable by buying a share in an estate agent as a front, because sometime soon he’s planning on retiring. When his boss, Jimmy (Kenneth Cranham) calls him in and asks him to look for the teenage daughter of a fellow crime boss it seems like an odd assignment, especially since he’s in the middle of securing a deal to sell millions of pills to a Manchester drug operation, ones he doesn’t know have been stolen from an Serbian gang. One doesn’t say no to Jimmy though and XXXX finds himself plunged into a twisty turny mess that might ruin his escape plan completely. I feel like Layer Cake  started really well but director. Matthew Vaughn decided to throw everything including the kitchen sink and the neighbour’s kitchen sink and some people from Mongolia’s kitchen sinks into it, which meant that not only was the plot moving at a breakneck pace it soon became incomprehensible. I won’t pretend I don’t occasionally have a tendency to get confused by a complex plot but even Mr O who is very good at keeping track of multiple moving parts was baffled. I am all for watching a film for a second time to pick up some plot nuances but it has to at least sort of make sense in a first viewing. I also didn’t love the fact that Sienna Miller’s character seemed to exist only to take her kit off. She was totally unnecessary and the five minutes we spent with her parading around in suspenders could have been spent adding some more exposition. If you’re looking for a good British gangster movie, this isn’t the best the genre has to offer by a long shot. 2.5/5 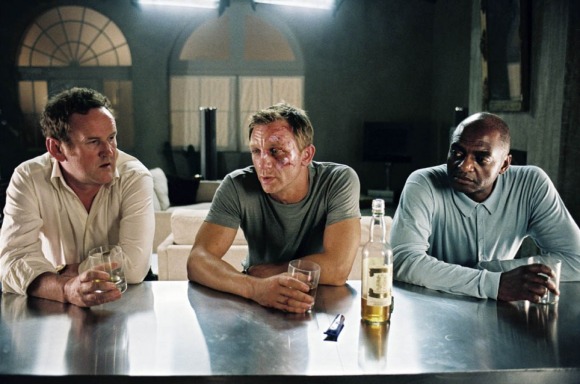 Not long after Judd Altman’s (Jason Bateman) world falls apart when he catches his wife (Abigail Spencer) in bed with his boss (Dax Shepard), his misery is compounded by the death of his father. At the funeral his mother (Jane Fonda) informs Judd and his four adult siblings that his father’s last wish was for the family to sit Shiva for him. Despite the fact that Mr Altman Snr wasn’t religious, none of the children are particularly keen to take a break from their busy lives or to spend time with each other none of them wants to deny their father his dying wish. As the week of togetherness plays out memories resurface, old family resentments are rekindled and time honoured arguments are played out forcing the Altmans reconnect in ways they never expected possible. In the hands of a less skilled cast This is Where I Leave You Now could have been a snooze fest but with the strong talents of Bateman, Fey, Fonda, Adam Driver, Rose Byrne, Timothy Olyphant, Kathryn and Connie Britton what we get instead is a family drama that is warm, funny, tragic, real and ultimately very heartfelt. I didn’t love the twist that ultimately happened with Jane Fonda’s character because it seemed unnecessary and manipulative but watching the Altmans find their way back to each other and themselves was very rewarding. Recommended but probably not for anyone who wants to see loads of boobs, explosions or car chases. 4/5