We’re back in a dystopian Chicago with Tris Prior (Shailene Woodley), a “divergent” on the run from Jeanine (Kate Winslett), the leader of the ruling Erudite faction. Tris, her boyfriend, Four (Theo James), impressively wussy bother, Caleb (Ansel Elgort) and reluctant ally, Peter (Miles Teller) are hiding out with the Amity faction but it’s not long before Jeanine’s minions find them. The only way put is to form an alliance with the Factionless, where Four will be reunited with his estranged mother, Evelyn (Naomi Watts). Meanwhile Jeanine is trying to get into a box containing a message from the Founders… but guess what only Tris can open it and Jeanine will stop at nothing to make her to do it. I saw Divergent and I read the books and it took me a good two thirds of the movie to figure out what the sam hell was going on. No one wants a complete rehash of the previous film in a sequel but with a story as unnecessarily complicated as this one some reminders might have been helpful. Up until now I have never found Shailene Woodley annoying but by about half way through Insurgent I wanted to throttle her. I got that she felt guilty about the deaths that she was sort of but not really responsible for but I found her insistence on internalising everything and not sharing with Four and her friends very frustrating, It also probably doesn’t help that she has zero chemistry with James or that so much more could have been done to explore his anger at the mother who abandoned him with his abusive father. Anyway, I distinctly remember the books significantly degrading in quality with each volume and it seems the films are going to follow exactly the same trend. What I can say for Insurgent is that it looks beautiful and is visually quite exciting in the last third but certainly not enough for me to suggest that you go and see it… and especially not in 3D. 1.5/5

I picked this documentary off Netflix because it promised to uncover the secret dodgy things the diet and food industry do to keep us  coming back for more. There were definitely interesting things to learn about some of the chemicals that get pumped into food but overall the message was pretty clear and somewhat obvious. If you eat loads of processed food which is packed with chemicals it is bad for you and the more fresh fruit and veg you eat, the better. This isn’t really enough material for an 89 minute documentary though so footage gets repeated over and over in different formats which is really annoying and takes away from what is really quite a good message – don’t cut anything out, add more and more fresh food and you’ll stop wanting all the other stuff. I also think it’s a bit different in the USA versus Europe. Some of stuff that is allowed to be done to “food” or sold as “food” in the name of profit in the States would never get past the EU, thank god. If you’re very unsure about nutrition, have a poor diet or are inclined to fall for whatever the latest fad diet is, this is a good simple place to start but there are probably better documentaries out there if you want some real insight. 2/5 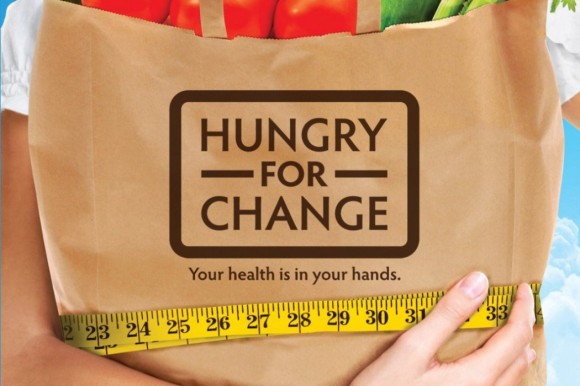 On a night out with friends (Cobie Smulders and Bill Hader), who are on the verge of divorce, Molly (Amy Poehler) and Joel (Paul Rudd) tell the story of how they met and came together. At the start of their story Molly and Joel admit that it’s a lot like a rom com… one of those ones where a charming, klutzy girl meets a slightly neurotic corporate guy, fresh from a break-up and the city of New York kind of acts as another character. At first they don’t get on at all, especially since Joel’s company is trying to close down Molly’s not-for-profit candy store, but after realising that they have a bunch of random superficial things in common love blossoms. It’s not all plain sailing though with the usual misunderstandings and misinformation getting in the way. I can totally see what director, David Wain, was trying to do here and he definitely sold plenty of people on it since there are cameos from pretty much every major American sitcom. Some of it works but most of it doesn’t. The main problem is that by pulling in all the stereotypes that make rom coms crap, this film has become… crap. Don’t bother. 1.5/5

This Oscar winning documentary looks at back-up singers and their influence on music from the fifties onwards, exploring why some incredible singers have either chosen not to step into the limelight themselves or failed to succeed when they have. I was amazed to find out that there is a relatively small core group of singers who have and continue to appear on so many songs and records and touring with major artists. I was also blown away by some of the talented people who failed to have success on their own, often because despite having the voice, they don’t have either the stage presence or the cutthroat spirit it takes to thrive… or they just haven’t been in the right place at the right time. It was also interesting to see those who had no desire to be in the spotlight themselves, enjoying being involved in the music industry but not wanting to be upfront. It does get  a bit repetitive and I kind of wished they’d spent more time firstly on the way some back-up singers (mostly women) have been sexualised as well as how technology like auto-tune are putting back-up singers out of the business. Good but not a patch on Citizenfour which it beat out for The Best Documentary Feature. 3.5/5 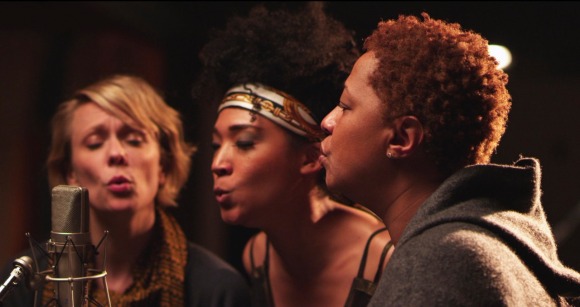