Oh (voiced by Jim Parsons) is an alien part of a species called the Boov who are best known for running away from anything that frightens them and taking over other planets… the latest being Earth. When Oh inadvertently broadcasts the Boov’s location to their sworn enemies, the Borg (yes, really) he becomes a fugitive on the run for his life. This catapults him right into the path of Tip (voiced by Rihanna), a seventh grader who has been separated from her mother (voiced by Jennifer Lopez) by the Boov invasion. Tip reluctantly agrees to help Oh fix his mistake in exchange for assistance in reuniting with her mum sending them off on a whacky adventure that will teach them both about friendship, family and home. I have to admit that for the first twenty or so minutes of Home I wondered what the hell I had gotten myself into. The Boov and particularly their leader General Smek (voiced by Steve Martin) are ridiculously silly and over the top and their behaviour and the  invasion itself defy all logic. However… if you just go with it, it’s actually kind of hilarious and both Oh and Tip are super charming. I loved Oh’s mangling of the English language and the fact that Tip was feisty, strong and a million miles away from being an insipid Disney princess. I’m not sure it would have worked if anyone but Parson’s voiced Oh but there is something magical about the combination of his voice and Oh’s cuteness that elevates Home beyond it’s very simple subject matter. This is definitely a film that would appeal to a very young audience so if you have a very small person that you need to entertain, you could do a lot worse. 3.5/5

My fur hat displeases you?

Married couple, Kate (Mary Elizabeth Wanstead) and Charlie (Aaron Paul) know two things: they love each other and they love to get wasted. More often than not their evenings end up with one or both of them blacking out and the mornings are a hazy mess… which is complicated when, like Kate, you’re a primary school teacher. After inventing a pregnancy to explain away vomiting at work and getting so drunk that she wakes up on a park bench after smoking crack, Kate realises she’s lost control and decides to try and get sober. But Charlie isn’t on board and soon they find their lifestyles and their relationship out of step. There were things I really liked about Smashed, Kate and Charlie are relatable despite their vices and most people can remember a night where their festivities have gotten out of control. I also thought the connection between them was very sweet and obvious and you find yourself rooting for them to work out. Wanstead gives a great performance as someone slowly realising that they’ve lost control and both she and Paul are ably supported by Nick Offerman and Megan Mullally, playing Kate’s colleagues and Octavia Spencer as her sponsor. On the other hand the story seems rushed and there are elements that jar, particularly the decision to turn Offerman’s character into a sex pest. Possibly with a bigger budget and some more breathing room the story could have had an even more powerful impact than it does. A solid precursor to director, James Ponsoldt’s follow up, The Spectacular Now. 3/5 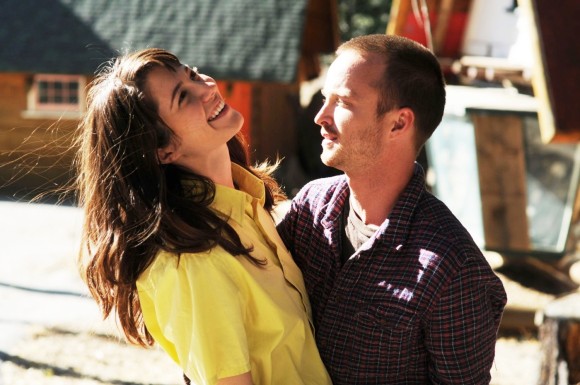 Wheeee… this crack is so moreish!

In the latest in his ongoing attempts to get me on board with Original Series Star Trek, Mr O talked me into watching the sixth motion picture, which is all about Klingons… my favourite Trekker alien species. Anyway, on the eve of their retirement the Enterprise crew gets called in to assist with negotiations between the Federation and the Klingon Empire, which at risk of decimation following explosions on one of their moons. Things don’t quite go according to plan and Kirk (William Shatner) and Bones (DeForest Kelly – always think his name sounds a bit like some chick called Kelly getting a bikini wax) are accused of assassinating the Klingon chancellor (David Warner) and sent to a remote and icy prison camp. Now the remaining crew, lead by Spock (Leonard Nimoy) will have to get to the bottom of what really happened in time to rescue their crew mates and salvage any chance of peace. I’ve seen quite a few Star Trek films now and of the Original Series ones this is probably the best. This might be in part because the technology had significantly improved in terms of effects (Mr O tells me they were sharing sets with Next Gen by this stage). It’s also an exciting, fast paced story with plenty of intrigue… and Klingons (look out for Michael Dorn playing his own grandfather). Shatner is less annoying (and slimy) than usual although he still manages to get off with Iman (playing a shape shifter)  and Nimoy (*wails*) is as brilliant as ever as Spock. Kim Catrall also plays a pivotal role as, Lt Valeris, a Vulcan Federation Officer who isn’t quite what she seems, managing to hold her own within the experienced cast. A fitting swansong to the Original Series. 3.5/5 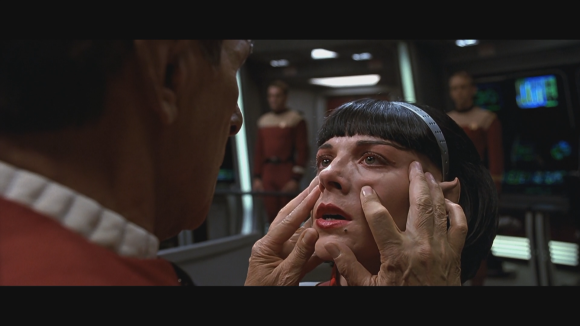 I’m not sure this new pore refining cleanser is working at all!

Bob (Matt Dillon) and his wife, Dianne (Kelly Lynch) are a couple of junkies who feed their endless appetites by robbing pharmacies and hospitals with Bob’s protege, Rick (James Le Gros) and his girlfriend, Nadine (Heather Graham). As  the cops start to close in on their operation the crew decides to go on the road following an elaborate set of steps that enables them to access their stash at every stop along the way. When things go horribly wrong in a motel, the ever superstitious Bob believes they’ve been hexed and decides to go straight but he soon finds that extricating himself from the junkie lifestyle is easier said than done. Director, Gus van Sant does an excellent job of capturing the disjointed, seedy elements of Bob’s life, backed up by a frenetic jazz score, as well as the more dreamy drugged up moments. And Dillon is at his absolute best here desperate and jerky but somewhat philosophical about the lifestyle he has chosen. While Drugstore Cowboy is set in the 70’s and was made in the dying throes of the 80’s there is something very, very 90’s about it which I loved. Highly recommended. 4/5