So as 2014 has drawn to a cinematic close, it’s time to start looking ahead to 2015 and what movie treasures might are awaiting us. After doing a bit of research I have picked these ten as the ones I am most looking forward to. All release dates are tentative and based on US release dates and synopses are from IMDB.

Still Alice
Starring: Julianne Moore, Kristen Stewart, Shane McRae
Alice Howland, happily married with three grown children, is a renowned linguistics professor who starts to forget words. When she receives a devastating diagnosis, Alice and her family find their bonds tested.
Why am I excited?: I am a big Julianne Moore fan, plus the fear of losing yourself is a universal one.
What’s the danger?: It’s been called overly simple.
Release date: 16 January 2015

Star Wars Episode VII: The Force Awakens
Starring: Harrison Ford, Andy Serkis, Oscar Isaac
A continuation of the saga created by George Lucas set thirty years after Star Wars: Episode VI – Return of the Jedi(1983).
Why I am I excited?: Because it’s fucking Star Wars, plus J.J. Abrams, plus original cast, plus awesome new cast
What’s the danger: Well… the most recent three were pretty crap so it could go either way
Release date: 18 December 2015 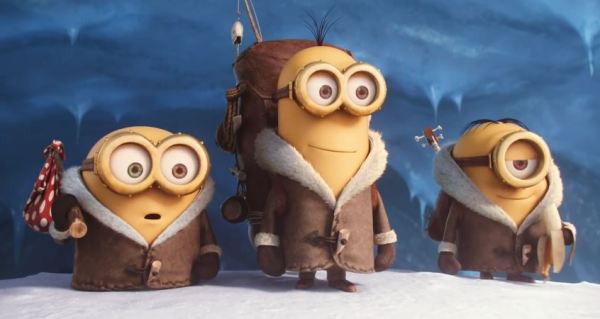 Minions
Starring (voice actors): Chris Renaud, Pierre Coffin, Sandra Bullock
Minions Stuart, Kevin and Bob are recruited by Scarlet Overkill, a super-villain who, alongside her inventor husband Herb, hatches a plot to take over the world.
Why am I excited?: Because it’s a Minions origins story and nothing cracks me up like the Minions
What’s the danger?: It’s always possible to have too much of a good thing and a whole movie of Minions might be too much even for me
Release date: 10 July 2015

Mad Max: Fury Road
Starring: Tom Hardy, Charlize Theron, Nicholas Hoult
An apocalyptic story set in the furthest reaches of our planet, in a stark desert landscape where humanity is broken, and almost everyone is crazed fighting for the necessities of life.
Why am I excited?: Because  Mad Max 2 was one of my favourite dystopian movies of all time. Also Tom Hardy.
What’s the danger?: Mad Max and Mad Max 3 were both awful. Also Charlize Theron.
Release date: 15 May 2015

The Hunger Games: Mockingjay – Part 2
Starring: Jennifer Lawrence, Liam Hemsworth, Josh Hutcherson
After being symbolized as the ‘Mockingjay’ Katniss Everdeen and District 13 engage in an all-out revolution against the autocratic Capitol.
Why am I excited?: I love watching J-Law play Katniss plus this is the action-packed finale we’ve all been waiting for.
What’s the danger?: The final book was the worst of the lot so the source material isn’t the best.
Release date: 20 November 2015

In the Heart of the Sea
Starring: Chris Hemsworth, Cillian Murphy, Brendan Gleeson
Based on the 1820 event, a whaling ship is preyed upon by a sperm whale, stranding its crew at sea for 90 days, thousands of miles from home.
Why am I excited: The cast is excellent and the stills look epic.
What’s the danger?: It could be a really tough watch… apparently there’s cannibalism
Release date: 13 March 2015

Crimson Peak
Starring: Charlie Hunnam, Jessica Chastain, Tom Hiddleston, Mia Wasikowska
In the aftermath of a family tragedy, an aspiring author is torn between love for her childhood friend and the temptation of a mysterious outsider. Trying to escape the ghosts of her past, she is swept away to a house that breathes, bleeds…and remembers.
Why am I excited?: Look at that cast! Plus it’s written and directed by Guillermo del Toro and I love his aesthetic.
What’s the danger?: Some of del Toro’s most recent films haven’t been amazing and I don’t really like horror movies.
Release date: 16 October 2015 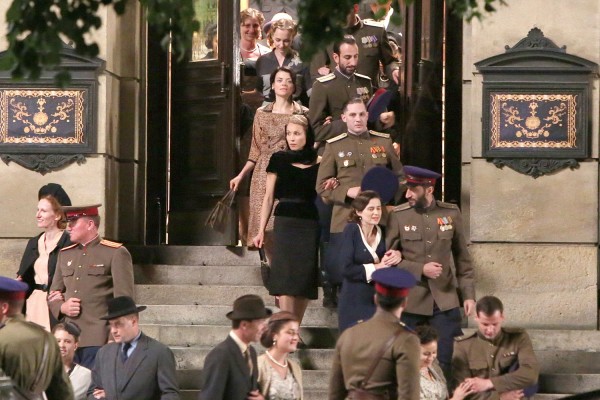 Child 44
Starring: Tom Hardy, Noomi Rapace, Gary Oldman
Set in Stalin-era Soviet Union, a disgraced MGB agent is dispatched to investigate a series of child murders — a case that begins to connect with the very top of party leadership.
Why am I excited?: The premise sounds very interesting, plus Tom Hardy.
What’s the danger?: Any Hollywood depiction of the Soviet Union is always going to be a gamble
Release date: 17 April 2015

Avengers: Age of Ultron
Starring: Robert Downey Jr., Chris Evans, Mark Ruffalo
When Tony Stark tries to jumpstart a dormant peacekeeping program, things go awry and it is up to the Avengers to stop the villainous Ultron from enacting his terrible plans.
Why am I excited?: I really liked the first Avengers movie. Also more Loki and more Thor.
What’s the danger?: I am a bit sick of Tony Stark and I have general Superhero movie fatigue.
Release date: 1 May 2o15