After completing his basic training, Private Gary Hook (Jack O’Connell) is stationed in Belfast to assist the Unionist paramilitary in their attempts to stamp out the IRA, working alongside a crack team of undercover agents. His first assignment sees him holding off an angry Catholic mob as paramilitary soldiers conduct a brutal search through their homes. As the situation starts to turn ugly Gary is sent to retrieve a gun from a small child who has run off with it, he is accidentally left behind by his unit. Now trapped in the labyrinth of Belfast streets in the wrong uniform with the wrong accent, he must try to make his way back to the barracks before the IRA finds him. This dark and tense story takes an even more disturbing turn when Gary bears witness to an event that casts negative aspersions on the British Military and leaves him unable to know whom to trust. With an outstanding performance from rising star O’Connell (once again making use of his intense native Derbyshire accent) as well as impressive supporting performances from Sam Reid as Hook’s commanding officer and Sean Harris, as the particularly shady Captain Sandy Browning. ’71 is a an edge of your seat thriller with an impactful message about the futility of war and how expendable the average solider is. Unlike “Hollywoodised” depictions of similar scenarios O’Connell plays Gary as terrified and very, very vulnerable, which along with significant glimpses into his past make him that much easier to root for. 4/5 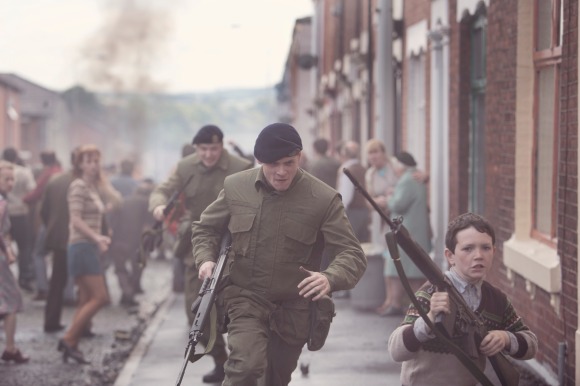 Fuck this! I’m out of here!

The Maze Runner starts with a bang as Thomas (Dylan O’Brien) wakes up to find himself underground in a box hurtling to the surface, unable to remember anything from his past. On arriving at the surface he finds himself in a place called “The Glade”, which is run by a group of teen and pre-teen boys in a society which they have set up. The Glade is surrounded by a maze, which closes at nightfall and is inhabited by giant spider-like monsters called Grievers… and there are only thee rules – don’t hurt another Glader, do your part and stay out of the maze, unless you’re one of the specially elected Runners who traverse the maze daily looking for a way out. Thomas is immediately more curious than the existing Gladers and despite the warnings of dorky, Chuck (Blake Cooper), who has been set the task of looking after him, asks endless questions that no one can really answer. When their leader, Alby (Ami Ameen) is injured and at risk of being trapped in the maze Thomas feels compelled to help and enters the maze where he and runner, Minho (Ki Hong Lee) will be lucky if they survive the night. But who put them in the maze in the first place? Why can’t anyone remember anything? And who is the mysterious girl who has suddenly arrived in the Glade. I can’t say I expected much from The Maze Runner. I have read the first novel in the series and it was okay but really didn’t wow me due to its relatively simplistic nature and regular fails in logic – something which is carried over and intensified in the film. However, O’Brien gives a surprisingly good performance along with Will Poulter who plays the brutish Gally. If you can forgive the relatively flat dialogue and the lack of development of some of the supporting characters and go with it there’s a lot of fun to be had here and it’s one of the better YA adaptations I have seen recently. I am left with one big question that was also left unanswered in the book… if you leave upwards of twenty pubescent boys to live together for three years with no  females are you seriously telling me there’s not going to be any homoerotic activity whatsoever? And that no one is going to attempt to get it on with the first female to appear in that time? I have my doubts. 3/5 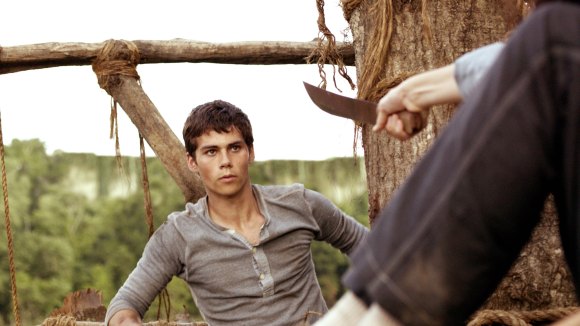 No, I do not want to meet “LIttle Thomas”… now back off

Grace (Brie Larson), a care worker at a residential facility for at-risk teenagers discovers she is pregnant at the same time that a new staff member (Rami Malek) joins her team, one of the longest standing residents turns eighteen and a troubled new girl arrives. Although Grace has been involved with her colleague, Mason (John Gallagher Jr.) for a long time, she finds it hard to trust him and her feelings about her pregnancy are at best mixed – which is exacerbated by the fact that new girl, Jayden’s (Kaitlyn Dever) problems are far too reminiscent of her past. As Grace becomes overwhelmed by everything happening around her it will take everything she has not to fall apart. I found Short Term 12 touching and very engrossing. It was easy to care not only about Grace but also Mason and the residents of the facility, particularly Marcus (Keith Stanfield), whose fear of being left to his own devices leads to drastic measures. I suppose there is an argument to be made that the story all wraps up a little bit too tidily considering the level of emotional damage and hopelessness the characters are facing . However with Grace specifically it feels like she goes through a journey that ultimately should end with some kind of reward for her and where I’d usually be disappointed by an overly happy ending I found myself glad that things had worked out. Great performances from the whole cast. 3.5/5 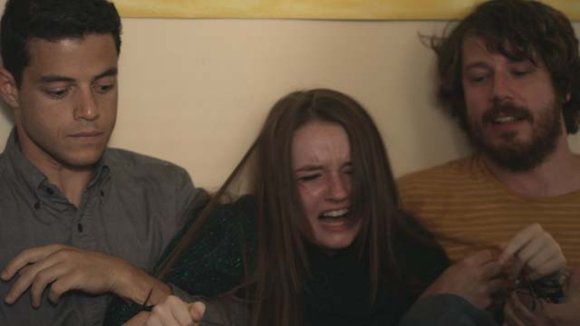 I am going to the Justin Bieber show and you can’t stop me!

Maisie (Onata Aprile) is the seven year old daughter of Susanna (Julianne Moore), an aging rock star and Beale (Steve Coogan), who is some kind of art dealer. When her parents split up after a series of angry arguments a bitter custody battle ensues with Maisie set to split her life between them. Beale almost immediately marries Maisie’s nanny, Margo (Joanna Vanderham) and Susanna retaliates by marrying a much younger bartender called Lincoln (Alexander Skarsgård). Although both Susanna and Beale appear adamant that they want Maisie completely to themselves they are so self-centred that they treat her more like a plaything than a person and she is cared for almost exclusively by Margo and Lincoln, who are just as neglected by their respective spouses. Told through Maisie’s eyes, this tale of a child who wants for nothing material but is also hopelessly neglected by her parents was both upsetting and uplifting. Some of Susanna and Beale’s behaviour is so irresponsible and damaging that it’s hard not to want to slap them. There is one particular example where Susanna drops Maisie off unannounced  outside the bar where Lincoln works without even checking if he is on duty and she is cared for by random strangers, which really stands out. Watching the simply lovely Maisie interact with both Margo and Lincoln is wonderful but it is her scenes with Lincoln, who doesn’t immediately seem parental, which are truly special. (As if enough women didn’t already want to breed with Alexander Skarsgård. *Cough* Zoë *Cough*.) Although this film ends on a positive note I was left with a sinking feeling, wondering just what would actually happen to Maisie in the future when one of her obviously petty parents decided to exercise their parental rights… and I can’t stop thinking about it… which is clearly the sign of a good film. The four lead adult performances are all excellent but it is Aprile who steals every scene she is in. A star in the making. 4/5 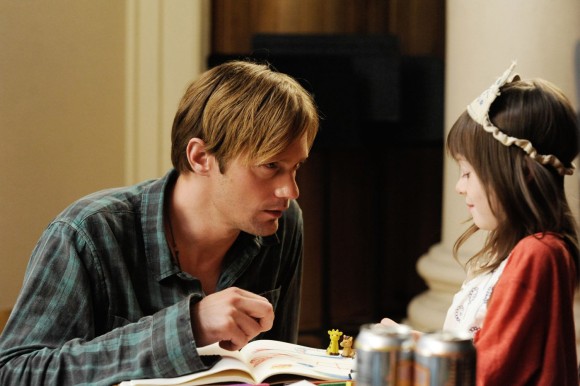 Look.., you might be a princess but I was the vampire Sheriff of Bontemps!