After the success of my  top 10 Villainous Movie couples, there was a call for a TV version. I have to say this was a bit of a challenge. Firstly, I don’t watch that much TV compared to how many movies I watch and (don’t hate me) I have a real penchant for trashy reality TV because I mostly watch TV when I don’t have the brain capacity for a film. Secondly as TV shows tend to go on for multiple seasons, couples come and go and characters grow and change and are often more faceted through their longevity. Sometimes they develop and change from becoming villains to heroes and dynamics can be vastly different from one season to the next. However, I feel like I have represented couples who at one or other time in their show had a villainous period. There are also a couple in here who are not traditional couples but you know… if you can’t cheat on your own list where can you cheat. As always feel free to join in and post your own versions.

Angela and Dwight
Played by: Angela Martin and Dwight Schrute
Show: The Office
Signature crime: Ruining everyone else’s fun
“Dwight Schrute: [trying to comfort Angela] Hey, come on, don’t be sad. Just… Okay? Just… She’s in a better place.
Angela Martin: [sobbing] All right.
Dwight Schrute: Actually, the place that she’s in is the freezer because of the odor.”

O’Brien and Barrow
Played by: Siobhan Finneran and Rob James-Collier
Show: Downton Abbey
Signature crime: Framing people, spreading lies
“Thomas: Are we to treat him as the heir?
Sarah O’Brien: Are we heck as like! A doctor’s son from Manchester? He’ll be lucky if he gets a civil word out of me.
Anna: [drily] We’re *all* lucky if we get a civil word out of you.” 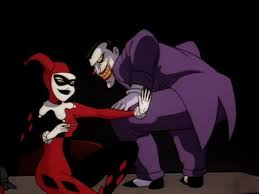 Harley Quinn and The Joker
Voiced by Arleen Sorkin and Mark Hamill
Show: Batman: The Animated Series
Signature crime: Anarchy, mayhem, disorder
“The Joker: [halfway through the Batman vs. Joker fight] Uh, Harley, a little help here, slugger?
Harley Quinn: [to herself] Ooooo, now he needs my help, ‘less wench’ he says, ‘more hench’ he says.
[shouts]
Harley Quinn: You’re on your own, puddin’!
The Joker: That Harley; won’t kill for you, can’t kill without you!” 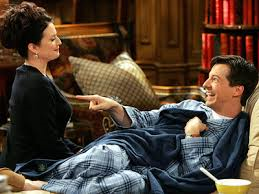 Karen and Jack
Played by: Megan Mullally and Sean Hayes
Show: Will & Grace
Signature crime: Narcissism, spite and pettiness
“Karen: So that miniature pony offered you all his money just to take a few rides on him and you said no?
Jack: But I don’t like him.
Karen: Since when is that a problem?
Jack: Well played.
[pause]
Jack: I can’t do it.
Karen: Oh you’ll do it. You’ll do it the same way any self-respecting woman does. Get on your back, point your heels to Jesus and think of handbags.” 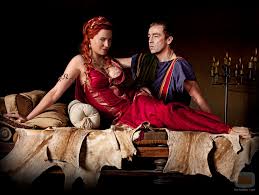 Lucretia and Batiatus
Played by: Lucy Lawless and John Hannah
Show: Spartacus: Gods of the Arena
Signature crime: Political manipulation, extortion, bribery
“Batiatus: [after a new recruit is quickly killed in a test] Not every venture ends in climax.
Lucretia: A fact known well to many women.” 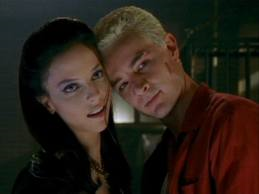 Spike and Drusilla
Played by: James Marsters and Juliet Landau
Show: Buffy The Vampire Slayer
Signature crime: Slaughtering the innocent
“Drusilla: Do you love my insides, the parts you can’t see?
Spike: Eyeballs to entrails, my sweet. That’s why I’ve got to study this Slayer. Once I know her I can kill her. And once I kill her you can have your run of Sunnyhell. Get strong again.
Drusilla: Don’t worry. Everything’s switching. Outside to inside.” 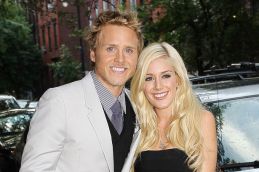 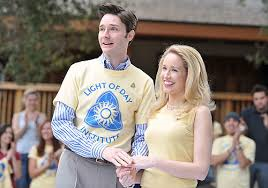