Kelly (Rose Byrne) and Mac (Seth Rogen) are new parents adjusting to life now that they have a young baby. When the house next to them becomes vacant they are initially quite excited at the prospect of new neighbours but when a group of frat boys, led by handsome, Teddy (Zac Efron) moves in it feels as if their worst nightmare has come true. Kelly and Mac decide to go next door and try and lay down some ground rules in a “cool” way and instead end up spending a wild evening partying with the fraternity, giving Mac and Teddy and opportunity to bond. The next morning they agree that if the noise becomes too much, they’ll ring Teddy instead of the cops… but that very night he is unreachable, the noise is unbearable and the promise is broken. The fraternity immediately seeks revenge and soon an escalating campaign of tit for tat breaks out that’s guaranteed to end in tears. Bad Neighbors isn’t a particularly deep or complex film and its success or failure hinges on the chemistry not only between Byrne and Rogan and Rogan and Efron but also between Efron and Dave Franco, playing fraternity vice president, Pete. Fortunately all these relationships click and I have to admit that watching Kelly and Mac interact reminded me so much of my own dealings with my other half (despite the fact that he refused to see this film) that it was almost too close for comfort. I think I enjoyed the film because I am in the fortunate position where I can remember throwing parties that ended with the police arriving but also know that I certainly wouldn’t want to live next door to my twenty three year old self now. I enjoyed Efron playing Teddy as a character so afraid to let go of a certain part of his life that he will jeopardise everything in order to avoid dealing with the future. Sad as it is, my favourite scene though was watching Mac and Kelly argue over who was going to be the responsible one. I loved the fact that Kelly wasn’t a stereotypical Hollywood wife and got to mastermind some of the most dastardly tricks the couple comes up with. Overall a solid comedy and one of the better ones I have seen in some time. 3.5/5

Hey ladies, don't get all up in my grill

Frank (2014)
Jon (Domhnall Gleeson, a frustrated and frankly not very good songwriter finds himself on stage with a weird and wonderful electro band, when he stands in for their suicidal keyboard player. The band is fronted by the enigmatic and visionary Frank (Michael Fassbender), a man who never removes his large fake head. Captivated by his sole onstage performance, Jon allows himself to be swept off to a remote Irish cottage to record an album and revels in the creative atmosphere despite the fact that everyone in the band, except Frank, hates him, especially theramin player, Clara (Maggie Gyllenhaal). Jon lacks the talent of the rest of band so he keeps himself amused by sharing their antics online resulting in an invitation to play at South By South West. Clara is dead set against it but Jon convinces Frank there is an audience desperate to hear them. Soon Frank is unravelling and Jon wonders if he has made a terrible mistake. Frank is in equal parts hilarious, touching and very sad, exploring mental illness in a sensitive and engaging manner. I loved the parallels between Jon and Frank’s home lives and the idea that the difference between mediocrity and genius could just be a touch of madness but that touch could also mean the difference between success and anonymity. Fassbender proves he is able to give a captivating performance without the use of his beautiful face and Domhnall Gleeson holds his own alongside the ever strong Gyllenhaal. 4/5

Does my head look big in this?

Twenty-seven year old Francis (Greta Gerwig) is an aspiring dancer who lives in New York with her best friend, Sophie (MIckey Sumner). Frances and Sophie do everything together, in fact Frances regularly refers to Sophie as being “the same person [as her] but with different hair”. When Sophie decides to live with someone else Frances is left at loose ends questioning herself, her floundering career and her friendships while avoiding for the most part taking responsibility for anything that isn’t working in her life. Filmed in black and white Frances Ha, creates an atmosphere of longing that is made somehow more intense by its muted tones and perfectly reflects Frances’ struggle to live her life fully and stop holding herself back. As someone who was perpetually single in her twenties, far from her family in a big city and making connections with friends that were as intense and close as any romantic relationship, this film brought up a lot of nostalgic feelings for me as well as an intense relief that that part of my life is over. Gerwig who also co-wrote the script captured the essence of what modern city living is like in the period between finishing your studies, figuring yourself and embracing a reality you can live with. Highly recommended. 4/5 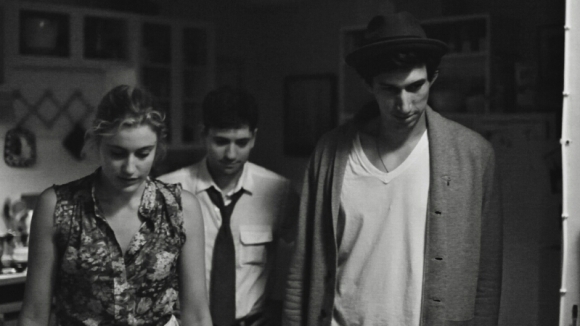 Live in a flat share, they said. It'll be fun, they said

Following the death of his mother, Joe’s (Nick Robinson) relationship with his father, Frank (Nick Offerman) has become strained with Joe struggling to understand Frank’s own loneliness and Frank unable to appreciate his son’s pain. Angry and tired of being treated like a child, Joe decides to build a house in the middle of the woods, roping in his overprotected best friend, Patrick (Gabriel Basso) and the mysterious and frankly, very odd Biaggo (Moises Arias). Here the three pledge to live off the land as men, making their own rules and answering to no one. At first things are idyllic and they revel in connecting with nature (and growing moustaches), oblivious to their parents’ panic at their disappearance but when a girl (Erin Moriarty) becomes involved, reality creeps in and the bounds of friendship are tested to their utmost limits. I found this film utterly lovely. The beautiful, slow motion nature screens were enrapturing and made even outdoor-phobic, hyper allergic me think I might fancy some camping. All three young actors were excellent, as were the supporting cast and it was easy to identify with both the boys’ and their parents’ frustrations. Director, Jordan Vogt-Roberts, manages to successfully capture the freedom that exists in the precious moment between the restrictions of childhood and responsibilities of adulthood with warmth, humour and more than a little nostalgia. Coming of age gold. 4.5/5 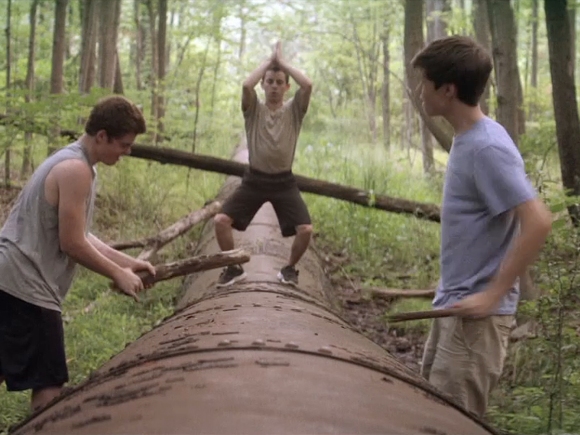 ThE So You Think You Can Dance? budget cuts were really starting to show