This coming Sunday is Mother’s Day in South Africa (and I think the States and Canada as well). I’m not sure why it is different from British Mother’s Day because Father’s Day is the same everywhere but anyway it is. My mum and I have always been really close. We’ve never really argued and whenever we get to be together we always have so much fun. Basically, my mum is awesome. So I wanted to do a top 10 of mother-daughter relationships in movies to honour her… and boy was it hard. Father-son relationship and father-daughter relationships are very popular in movies but mother-daughter relationships tend to be really weak or they’re being awful to each other, which is really sad cos your mom should be your best friend! There are a few exceptions though so I hope I have managed to do enough to show my mommy just how lucky I think I am to have her (even if I had to cheat and include some non-biological moms)… 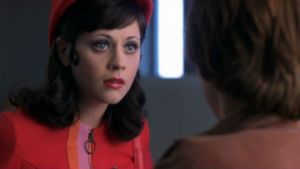 Elaine and Anita Miller
Played by: Zooey Deschanel and Frances McDormand
Film: Almost Famous (2000)
The connection: Elaine is incredibly strict and she doesn’t really get Anita’s desperation for freedom but the two of them love each other fiercely (even if they wouldn’t ever say it) and ultimately Elaine just wants the best for Anita.
“Anita Miller: First it was butter then it was sugar and white flour, bacon, eggs, balogna, rock ‘n roll, motorcycles. Then! It was celebrating Christmas on a day in September when you knew it wouldn’t be commercialized! What else are you gonna ban?
Elaine Miller: Honey, you want to rebel against knowledge, I’m trying to give you the cliffnotes on how to live life in this world.
Anita Miller: We’re like nobody else I know!
Elaine Miller: I am a college professor. Why can’t I teach my own kids? Use me!
Anita Miller: Darryl says that you use knowledge to keep me down. He says that I’m a “Yes” person and you are trying to raise us in a “No” environment.
Elaine Miller: Well, clearly “No” is a word Darryl doesn’t hear much.
Anita Miller: I can’t live here! I hate you! Even William hates you!
Young William: I don’t hate her.
Anita Miller: You do hate her! You don’t even know the truth.
Elaine Miller: Dramaqueen.
Anita Miller: Feck you!
Elaine Miller: Hey!”
Anita Miller: This is a house of lies!”

Sally, Kylie and Antonia Owens
Played by: Sandra Bullock, Evan Rachel Wood and Alexandra Artrip
Film: Practical Magic (1998)
The connection: After Sally’s husband, the girls’ father dies, she has to choose to live for her daughters while at the same time teaching them that they’re witches and how to use their powers.
“Gillian Owens: Please, God, if you get us out of this, I’ll be good. I’ll have babies!
Sally Owens: I have babies, Gillian. I had normal. And I worked really hard to get that normal.“ 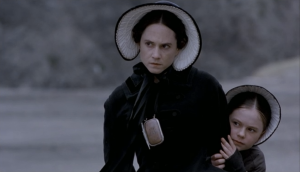 Ada and Flora McGrath
Played by: Holly Hunter and Anna Paquin
Film: The Piano (1993)
The connection: Trapped in an arranged marriage in a foreign land, mute Ada needs Flora to be her voice. The two are inseparable.
“Ada: I have told you the story of your father many many times.
Flora: Oh, tell me again! Was he a teacher?
Ada: Yes.
Flora: How did you speak to him?
Ada: I didn’t need to speak. I could lay thoughts out in his mind like they were a sheet.
Flora: Why didn’t you get married?
Ada: He became frightened and stopped listening.” 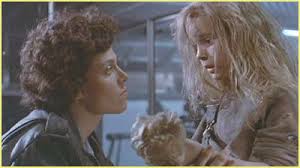 Ellen Ripley and Rebecca ‘Newt’ Jordan
Played by: Sigourney Weaver and Carrie Henn
Film: Aliens (1986)
The connection: Although Ripley is not actually Newt’s mother her desire to protect her no matter how big the danger and at her own peril makes her a powerful mother figure.
“Newt: Are we gonna sleep all the way home?
Ripley: All the way home.
Newt: Can I dream?
Ripley: Yes, honey. I think we both can.
[tucks Newt in]
Ripley: Sleep tight.
Newt: I-ffirmative.” 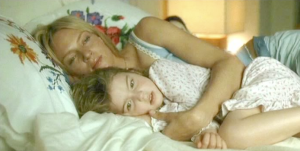 Beatrix and B.B.
Played by: Uma Thurman and Perla Haney-Jardine
Film: Kill Bill: Vol 2 (2004)
The connection: Beatrix is literally hysterical with joy when she finds out that B.B. is still alive and although the two have not spent B.B.’s early life together their connection is instantaneous.
“B.B: [affectionately] Did you dream of me, Mommy? I dreamed of you.
The Bride: [crying] Every single night, baby.” 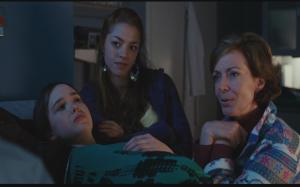 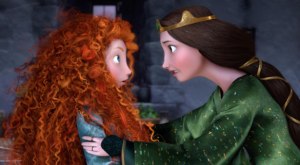 Merida and Elinor
Voiced by: Kelly Macdonald and Emma Thompson
Film: Brave (2012)
The connection: Merida just thinks Elinor wants to tell her what to do but when she faces the idea of losing her mother she realises just how much she means to her, while Elinor recognises what a strong woman she has raised.
“Queen Elinor: Merida, all this work, all the time spent preparing you, schooling you, giving you everything we never had. I ask you, what do you expect us to do?
Princess Merida: Call off the gathering. Would that kill them? You’re the queen. You can just tell the lords the princess is not ready for this. In fact, she might not ever be ready fir this, so that’s that. Good day to you. We’ll expect your declarations of war in the morning.
Queen Elinor: I understand this must all seem unfair. Even I had reservations when I faced betrothal.
[Fergus looks up]
Queen Elinor: But we can’t just run away from who we are.
Princess Merida: I don’t want my life to be over. I want my freedom!
Queen Elinor: But are you willing to pay the price your freedom will cost?
Princess Merida: I’m not doing any of this to hurt you.
Queen Elinor: If you could just try to see what I do, I do out of love.
Princess Merida: But it’s my life, it’s… I’m just not ready.
Queen Elinor: I think you’d see, if you could just…
Princess Merida: I think I could make you understand if you would just…
Queen Elinor: Listen.
Princess Merida: Listen.” 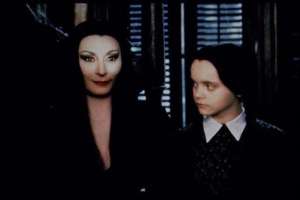 Morticia and Wednesday Addams
Played by: Anjelica Huston and Christina Ricci
Films: The Addams Family (1991), The Addams Family Values (1993)
The connection: Mother and daughter band together in the fabulous weirdness of their family and Morticia is always encouraging of Wednesday’s desire to stand out and embrace her inner darkness.
“Morticia: Children, what are you doing?
Wednesday: I’m going to electrocute him.
Morticia: But we’re late for the charity auction.
Wednesday: But, Mother…
Morticia: I said no.
Pugsley: Pleeaaaase?
Morticia: Oh, all right.“ 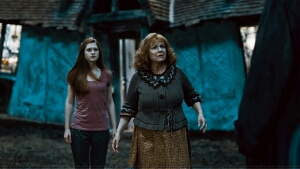 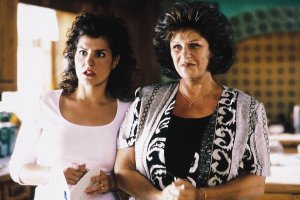 Maria and Toula Portakis
Played by: Nia Vardalos and Lainie Kazan
Film: My Big Fat Greek Wedding (2002)
The connection: Maria isn’t immediately on board with Toula’s plan to marry a non-Greek man but she is ultimately the one who wins over Nia’s dad.
“Maria Portokalos: Toula, on my wedding night, my mother, she said to me, “Greek women, we may be lambs in the kitchen, but we are tigers in the bedroom.”
Toula Portokalos: Eww. Please let that be the end of your speech.“