Richard Linklater’s cult classic explores a day in the live of Austin, Texas through a series of vignettes. It starts with a guy getting in a cab after arriving by bus in Austin and then telling the cab driver in great detail about what could have happened in his life if he had decided to stay at the bus station. The story then  moves on as he meets up with others and continues to do so throughout the film, telling little tales from the mundane to the utterly strange. I found the guy who ran his mother over and the person (still unsure of the gender) attempting to sell one of Madonna’s pubes the most odd. Although there is no clear storyline to speak of there is definitely an overarching theme of disaffection and disconnection. The people featured in this film are certainly not Austin’s most beautiful or successful but more those who live on the fringes of society. Overall I think I wanted to like Slacker more than I did. Linklater made one of my favourite movies of all time, Dazed and Confused, which also features a lot of talking and disaffection but where the two are different is that Dazed and Confused is fun and Slacker… isn’t. I wouldn’t say I didn’t enjoy Slacker it was more that its format started to feel tired before the end of the running time and consequently it became a bit tedious. Worth a watch though. 3/5 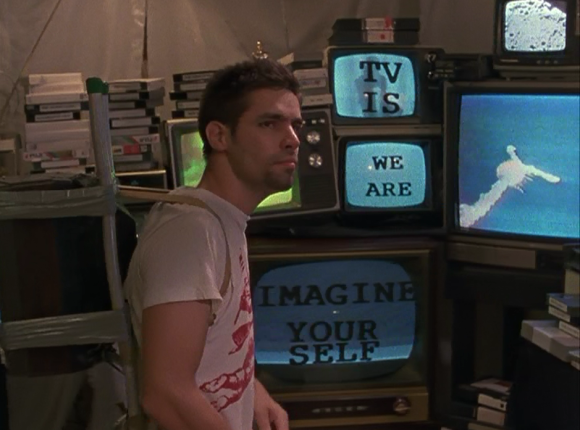 After one of his employees is murdered, Costco manager, Evan (Ben Stiller) decides to form a neighbourhood watch to investigate the crime. He is joined by contractor, Bob (Vince Vaughan… playing Vince Vaughan), frustrated policeman wannabe, Franklin (Jonah Hill) and Jamarcus (Richard Ayoade) whose only defining characteristic seems to be that he’s divorced and he would like an Asian woman to suck his balls? Anyway Evan soon realises that the others are nowhere near as serious as he is, they’re just interested in meeting some other guys to drink beer and hang out with. However, when they stumble upon an alien invasion they may be the only thing standing between humanity and total destruction. Dear god, this movie is stupid. Literally every second of it is stupid. I think I might have lost IQ points while watching it and I cannot understand why any of the cast agreed to be in it, least of all Ayoade. It’s also really sexist from the perspective that it portrays men as immature idiots. The scene where they decide to pose an alien corpse in a variety of compromising sexual positions was one of the lamest things I have ever seen onscreen. Do not watch this film. Rather have your armpits waxed. It would be more pleasant. 0/5 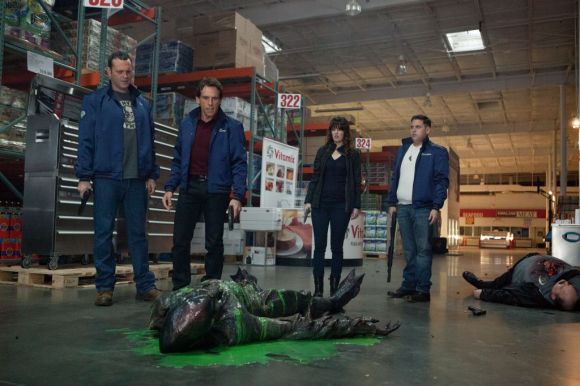 As a representation of their film, a rotting green corpse seemed apt

A group of misfit students must hold off an alien invasion after weird sea prawn things from outer space take over their teachers and fellow students. The plot of this late 90’s horror is pretty straight forward and relatively predictable but its the banding together of a bunch of students who would not normally hang out that makes it a fun watch. Zeke (Josh Harnett, sporting the worst haircut I have ever seen) is the school bad boy/drug dealer, who is also kind of a genius. Delilah (Jordana Brewster) is the hot but bitchy school newspaper editor, who has had enough of her football playing boyfriend, Stan (Shawn Hatosy), who actually wants to give up the game to study. Stokes (Clea Duvall) and Casey (Elijah Wood) are scary outcast and weirdo outcast respectively and Marybeth (Laura Harris) rounds out the group as a seemingly innocent new girl with a southern accent. It’s kind of like The Breakfast Club meets Invasion of the Body Snatchers. The cast playing the eponymous faculty includes Salma Hayek, Famke Jansen, Piper Laurie, Jon Stewart, Robert Patrick and Bebe Neuworth, who all really get into their roles and surprisingly the effects haven’t aged badly at all. This is a great little teen horror packed with fun, a couple of minor scares and some excellent quotable lines. 3.5/5 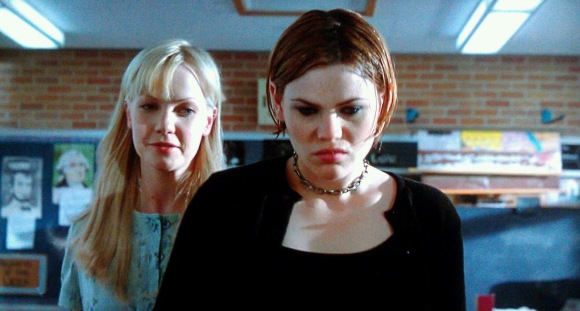 In this second installment, former assassin, The Bride AKA Beatrix Kiddo (Uma Thurman) continues on her quest to get revenge on her ex and once boss, Bill (David Carradine). This time she must take on Bill’s brother, Budd (Michael Madsen) as well as one-eyed, Ellie Driver (Daryl Hannah) to get to the man in charge…. but it’s not going to be easy. As Beatrix is buried alive, we get an insight into her past with Bill, as well as her training with the formidable Pai Mei (Chia-Hui Liu). Once again Tarantino is on a genre mixing trip, this time pulling in film noir, Westerns, kung-fu movies and more into a heady and visually arresting hotchpotch. Like with the first film, it’s Uma Thurman’s portrayal of Beatrix that really draws you in. She plays Beatrix with balance, in equal parts tough and vulnerable, gentle and vicious. Rather than making her come across as an invincible action hero, she is often in real peril and he fear and frustration are never far from view. The ultimate climax with Bill is satisfying but seems unnecessarily drawn out, which is one of the films few flaws. I know one of Tarantino’s great strengths is dialogue but I’m not sure the half an hour of verbal foreplay between the two characters entirely fits the rest of the story. That said, I only marginally preferred the first one and this is still one right up at the top of my action list as well as my Tarantino list. And we all know I basically want to be The Bride when I grow up. Total awesomeness. 4.5/5 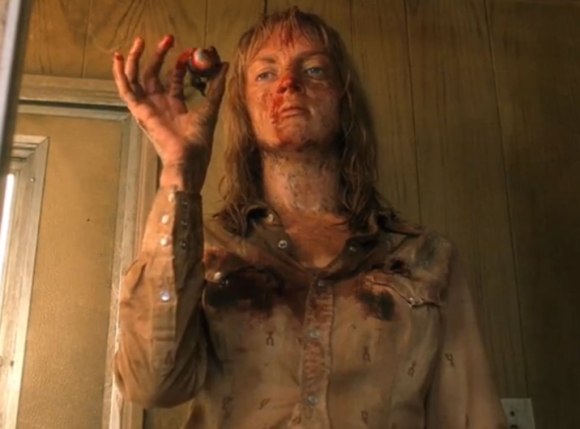 Beatrix liked to think she had an eye for detail