Following the New York Stock Exchange crash on Black Monday, young stockbroker, Jordan Belfort (Leonardo DiCaprio) is forced to find a job trading penny stocks. Soon Jordan comes to realise that his impressive sales ability could actually stand to net him a pretty big paycheck as the money starts to roll in he starts his own Wall Street firm with some of his dodgier friends making progressively more questionable deals. Soon he has more money than he could possibly spend although he makes a pretty good go of it with his crazy best mate and partner, Donny Azoff (Jonah Hill) as they plow through hookers, drugs, booze, boats and parties. But all good things must come to an end and Jordan comes under investigation by the FBI his life starts to fall apart. Based on a true story The Wolf of Wall Street probably contains the most debauchery I have ever seen on a cinema screen and the atmosphere is simultaneously heady and nauseating. DiCaprio is mesmerising playing a character consumed by greed who absolutely believes that he is invincible, backed up by Hill’s whacky potrayal of Azoff and the smouldering Margot Robbie playing Belfort’s second wife, Naomi. There are moments of total hilarity mixed in with a sense that sooner or later the “chickens must come home to roost”, as Jordan’s father, Max (Rob Reiner) keeps telling him. Does it live up to the hype? I would say most of it. The acting is very impressive and it has all the hallmarks of a Scorsese classic, but it is possibly a little bit too long and I wonder if it has the gravitas to stand the test of time. Still definitely a must-see. 4.5/5 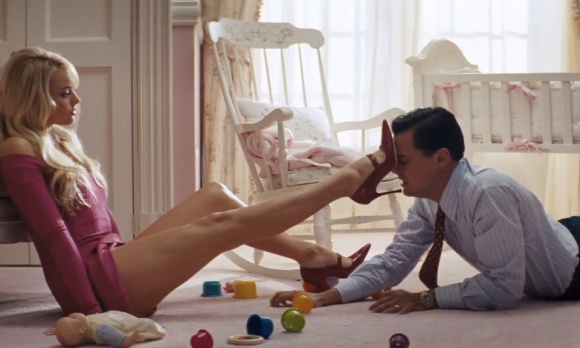 I told you they were Laboutins

Nell (Samaire Armstrong) and Woody (Kevin Zegers) are neighbours and sworn enemies. Nell thinks Woody is a meathead jock and Woody thinks Nell is a stuck up prissy nerd. When the two are forced together during a school trip to a museum, they argue in front of an ancient Aztec statue, which switches their bodies, I assume to teach them a lesson. At first they attempt to ruin each others lives but it’s not long before they realise that they’ll have to work together if either of them is going to make it out of high school. This predictable teen comedy isn’t unwatchable but it drags up every possible gender stereotype out there. It also seems to miss several opportunities for hilarity. Nell is horrified and traumatised by Woody’s err… morning woody but honestly ladies, tell me that if you woke up with a wanger that you wouldn’t take the opportunity to 1. knock it against things, 2. do a sort of windmill dance 3. have a boy-wank? And for anyone who decides to give this a go (the film, not slapping their penis against the furniture), I can guarantee you that women do not wash each others’ backs in communal showers, nor do they every randomly bikini wax their friends. EVER. EVER EVER. 2.5/5

What do you mean you didn’t rest your glasses on the end of your knob and pretend it was a 70’s newsreader?

Harold and Kumar Get the Munchies (2004)

Harold (John Cho) and Kumar (Kal Penn) are best friends, roommates and very enthusiastic stoners. Harold works as a junior analyst in an investment bank and is constantly put upon by his colleagues who leave him to do all the work while they party, while Kumar is a genius pre-med student, who has no actual interest in becoming a doctor despite his father’s insistence. One night when Harold is supposed to be doing on a big report for work and Kumar should be preparing for a med school interview in the morning the two blaze it up and develop a serious case of the munchies. Realising that only the sliders from White Castle will do, they set off on an epic mission to find their nearest restaurant which will lead them into all kinds of trouble including hillbilly foursomes, women’s bathrooms, prisons, psychotic raccoons and even a very unusual encounter with Neil Patrick Harris (playing himself). It’s pretty obvious from the entire premise that Harold and Kumar is going to be really silly but what makes it stand out against a lot of other movies from this genre is how gleefully they poke fun at gender and racial stereotypes, turning them on their head wherever possible and showing just how ridiculous they actually are. Great fun. 3/5

Dude… do you know what would be really funny? If you were in Star Trek!

During a visit by the South Korean president,the White House is taken and the president of the USA (Aaron Eckhart) is kidnapped by a group of North Korean (I think they were North Korean anyway) terrorists lead by Kang (Rick Yune). Now all that stands between them and some nukes is presidential guard, Mike Banning (Gerard Butler), a man with something to prove. That’s basically the story. This movie probably should have just been called  America, Fuck Yeah  with the amount of blatant emotional manipulation and dodgy geopolitical shenanigans going on. I am pretty sure that if the USA came under a terrorist attack the whole of the Middle East would not be rejoicing in the street. Also, I might just have gotten lost in all the hokey logic in this one but I never quite came to understanding what Kang was actually intending on doing with the nukes when and if he managed to get them. Anyway, it’s not unwatchable but it is pretty forgettable and takes itself way too seriously. 2/5

Maybe we could resolve all of this by just making out