This might sound like an extremely random and somewhat specific “top 10” but hear me out. This is me and Bronwyn. 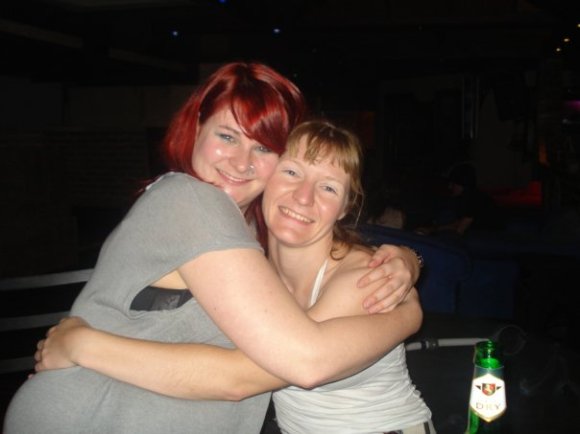 We’ve known each other since we were six and been really close friends since high school. Even though we haven’t lived in the same country for almost ten years, we’re both married and Bron is a busy mum, we still speak multiple times a week and we were bridesmaids at each others’ weddings. One of the things that really cemented our friendship (before we were old enough to realise that we both really, really liked cider and shots) was our love of the same movies. Most of the time our friends weren’t anywhere near as into the slacker comedies that we loved and weren’t that interested in our endless quote-alongs but Bron was the first person I developed a really strong bond with over movies and one of the people who helped to shape my taste for the rest of my life… and so I want to share the movies that we loved (and often watched over and over and over again). 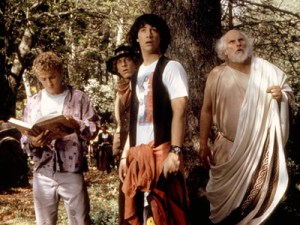 Bill and Ted’s Excellent Adventure (1989)
Starring: Keanu Reeves, Alex Winter, George Carlin
How old were we when it came out?: 8, although we didn’t watch it until it was on TV when we were fourteen or fifteen
Why were we obsessed?: There was so much adventure, plus Bill and Ted’s particular stupidity was just too funny.
Uncool fact: I think there is a home video somewhere of me mimicking Napoleon’s bowling rant.
How many times did we watch it?: It was a sleepover staple
Do I still love it now? Nowhere near as much as I did then but I can still laugh at Bill and Ted.
“Bill: He’s dead?
Mr. Ryan: So, Bill, what you’re telling me, essentially, is that Napoleon was a short dead dude.
Bill: Well, yeah.
Ted: You totally blew it, dude.
Mr. Ryan: Ted, stand up.
Ted: Stand up?
Mr. Ryan: Yes, son. Stand up.
[Ted stands]
Mr. Ryan: Now, who was Joan of Arc?
Ted: …Noah’s wife?” 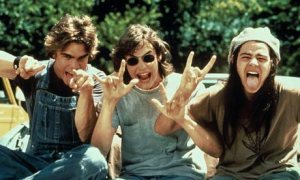 Dazed and Confused (1993)
Starring: Jason London, Ben Affleck, Matthew McConaughey, Rory Cochrane
How old were we when it came out?: I was 12, Bron was 13 but this is another one we first watched on TV a few years after it came out
Why were we obsessed?: We loved the 70’s soundtrack and the rampant drug use was really taboo to us at that stage. It was also endlessly quotable.
Uncool fact: Our recorded off the telly version of this was missing the last five minutes so we didn’t know how it ended for years. We also use to smoke imaginary joints while quoting Slater at each other.
How many times did we watch it?: About once a week for six months
Do I still love it?: Hells yeah! It’s a classic.
“Slater: Didja ever look at a dollar bill, man? There’s some spooky shit goin’ on there. And it’s green too.”

Encino Man (1992)
Starring: Brendan Fraser, Pauly Shore, Sean Astin
How old were we when it came out: 12
Why were we obsessed: Well there was some seri0us crushing on Brendan Fraser and we thought Pauly Shore was ridiculously funny. Also having no knowledge of the late 80’s Cali scene we thought they were speaking another language.
Uncool fact: Encino Man was released as California Man in South Africa because they realised no one would know where or what Encino was
How many times did we watch it? So many times we could quote it from memory
Do I still love it?: I watched it again with Bron when we were sanding her bar 4 years ago and it still made me laugh
“Stoney: I’m not a geek, I’m a unique weasel.“ 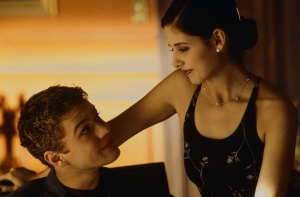 Cruel Intentions (1999)
Starring: Reese Witherspoon, Ryan Phillipe, Sarah Michelle Gellar
How old were we when it came out?: 18
Why were we obsessed?: It was so racy. We were scandalised and excited. (And yes, we had a very sheltered upbringing)
How many times did we watch it?: Enough
Do I still love it?: Yup, still have a copy in my DVD collection
“Sebastian: My, what an adorable shirt you’re wearing!
Cecile Caldwell: Thanks, my dad took me on a trip to Australia.
Sebastian: And how are things down under?
[looks up her skirt]
Sebastian: Blossoming, I hope.”

School Ties (1992)
Starring: Brendan Fraser, Matt Damon, Chris O’Donnell, Ben Affleck
How old were we when it came out?: I was 11, Bron was 12 but we only watched it when it was on TV when we were a little older
Why were we obsessed: Look at the cast, it’s a teenage girl’s dream! Also the whole secretive element about David Greene’s identity was fascinating.
How many times did we watch it?: There was one summer where we took turns possessing Bron’s recorded off TV copy for repeat watchings
Do I still love it?: I haven’t seen it in years but I see it’s on Netflix so I might very well revisit it
“Dr. Bartram: You people are very… determined, aren’t you?
David Green: Sometimes we have to be, sir.”

Wayne’s World (1992)
Starring: Mike Myers, Dana Carvey, Rob Lowe
How old were we when it came out?: According to the release date, 11 but I don’t think it made it to South Africa until we were about 13
Why were we obsessed: We could basically speak to each other in Wayne’s World quotes and no one understood us
Uncool fact: Lauren, Bronwyn’s cousin, and I used to do a full interpretive dance of Bohemian Rhapsody on request
How many times did we watch it?: Hundreds
Do I still love it?: Of course… it’s Wayne’s World
“Wayne Campbell: All I have to say about that is “asphinctersayswhat”.
Noah Vanderhoff: What?
Wayne Campbell: Exactly.”

Wayne’s World 2 (1993)
Starring: Mike Myers, Dana Carvey, Christopher Walken
How old were we when it came out?: 13
Why were we obsessed: Well it was more of the same and also… Aerosmith, who we loved when we were in our teens
How many times did we watch it?: We often marathoned it with Wayne’s World
Do I still love it?: Of course. The bit where Del talks about how he got Ozzy’s M&M’s is one of my all time favourite movie moments
“Garth: How can you sleep like that?
Del Preston: Listen, sonny Jim. Sleeping like this will add ten years to your life. I learned it from Keith Richards when I toured with the Stones. This may be the reason why Keith cannot be killed by conventional weapons.“

10 Things I Hate About You (1999)
Starring: Heath Ledger, Julia Styles, Joseph Gordon-Levitt
How old were we when it came out?: 18
Why were we obsessed?: Umm, Heath Ledger. Also the kickass female leads and the awesome soundtrack
How many times did we watch it?: At least twice in theatres… and I still watch it a couple of times a year… every year
Do I still love it?: It’s one of my favourite movies of all time
“Walter Stratford: Hello, Katarina. Make anyone cry today?
Kat Stratford: Sadly, no. But it’s only 4:30.“

Mad Love (1995)
Starring: Chris O’Donnell, Drew Barrymore, Matthew Lillard
Hold old were we when it came out: 14
Why were we obsessed?: More Chris O’Donnell. I also worry that we might have identified slightly with Drew Barrymore’s mental character
How many times did we watch it?: Quite a few
Do I still love it?: I haven’t seen it in years and I get the feeling that I’d probably find it a bit ridiculous now
“Casey: I don’t want to be sick anymore, okay?
Matt: You don’t have to.
Casey: I don’t want to live like this!
Matt: You don’t have to!
Casey: They’ll lock me up.
Matt: No… no, I’m not gonna let ’em… alright? But you can’t do this yourself. Neither can I… I tried, okay? I can’t do it.
Casey: Well then go… if it’s too much for you to handle.
Matt: I can handle it, alright? I mean I’m here, aren’t I? I’m here right now! I’m not leaving!“